1. Tiger – Symbol of fear and oppression by man’s dominated world

4. Ringed with ordeals – struggles of spirit.

Question. Read the extracts and answer the questions that follow-
“Aunt Jennifer’s tigers prance across a screen,
Bright topaz denizens of a world of green.
They do not fear the men beneath the tree;
They pace in sleek chivalric certainty.”

Question. Explain; “They pace in sleek chivalric certainty”.
Answer. The movement of the tigers is sleek, stealthy, sure, majestic and elegant like kings. They are sure of their purpose. Gallant and confident, they move ahead fearlessly and undeterred.

Question. What does the expression ‘Aunt Jennifer’s tigers imply?
Answer. Aunt Jennifer was embroidering a panel of prancing tigers. The poetess refers to the tigers as Aunt Jennifer’s tigers because they are her creation, her work of art. They also represent her desire to lead a life free from male dominance, full of respect, and valuable to the society.

Question. What does ‘prancing tigers’ symbolize?
Answer. Prancing tigers are a symbol of the spirit of freedom within Aunt Jennifer which remains subdued. They can also symbolize her fear of her male counterpart.

Question. Read the extracts and answer the questions that follow-
“Aunt Jennifer’s fingers fluttering through her wool
Find even the ivory needle hard to pull.
The massive weight of Uncle’s wedding band
Sits heavily upon Aunt Jennifer’s hand”

Question. Why do Aunt Jennifer’s fingers flutter through her wool?
Answer. Aunt Jennifer lives in constant fear of her chauvinist husband. She is old and weak but still has to work. She feels so nervous and terrified that her hands shake and flutter when she sits down to knit.

Question. How is Aunt Jennifer affected by the ‘weight of matrimony’?
Answer. Aunt Jennifer cannot do things freely, she tries to come up to the expectation of her husband, and she seems to have lost her identity. The freedom that she dreams of through her art is itself symbolic of her oppressed self.

Question. Explain: ‘massive weight of Uncle’s wedding band’.
Answer. The expression is symbolic of male authority and power. Matrimony binds the woman physically as well as mentally, clipping her of freedom of expression and independence. Likewise Aunt Jennifer is trapped in gender oppression and feels herself burdened by the authority of her husband.

Question. Read the extracts and answer the questions that follow-
“When Aunt is dead, her terrified hands will lie
Still ringed with ordeals she was mastered by.
The tigers in the panel that she made
Will go on prancing, proud and unafraid”

Question. What does ‘ringed with ordeals’ imply?
Answer. Aunt Jennifer has been so victimized in her life that even after death she remains trapped in the struggles of the spirit. Though we do not know what terrors Aunt Jennifer has to live with we find her a victim of gender injustice and oppression.

Question. Explain: “terrified hands”.
Answer. Aunt Jennifer is terrified by her dominating husband and hence her hands are shivering.

Question. Is the society in any way affected by Aunt Jennifer’s death?
Answer. Since the society is male dominated, it shows no concern for Aunt’s suffering, even her death. The loss of her freedom is her individual loss. The society is not affected by it and the state of women still remains the same.

Question. What do you understand by “massive weight of uncle’s wedding band”?
Answer. Generally ‘wedding band’ is a symbol of joy and happiness. But in case of Aunt Jennifer, it has become a symbol of torture and oppression. Her relationship with her authoritative husband has become a painful burden to carry. Her ‘wedding band’ has brought her a world of pain, misery and torture. She has lost her freedom and entered a world of humiliation and oppression.

Question. Interpret the symbols found in this poem.
Answer. The poems is rich in symbolism. ‘The massive weight of wedding band’ symbolizes ordeals, hardships and worries of married life. ‘terrified hands’ and ‘ringed’ with ordeals’ also symbolize unpleasant experiences. ‘Topaz’ is a symbol of hardness and brightness. They cling to Aunt Jennifer mentally and physically.

Question. Do you sympathize with Aunt Jennifer ? What is the attitude of speaker towards Aunt Jennifer ?
Answer. We sympathize with Aunt Jennifer. Here marriage and Uncle would prove to be fatal. She lived in terror throughout her life. The speaker has no sympathy with her. She wanted that Aunt should have resisted to Uncle’s cruelty with courage. But the Aunt could not muster courage. She suffered in silence. She could express it only with her needlework.

Question. Explain ‘her terrified hands will lie, still ringed with the ordeals she was mastered by’.
Answer. These lines convey Aunt’s complete submission to the oppressive authority of her husband. The fear of her husband has gone so deep into her being that even death cannot liberate her from the chains of her mental suppression. Memories of her husband’s tortures and atrocities which bent her into a humiliating slavery will continue to haunt her even after her death.

Question. How do ‘denizens’ and ‘chivalric’ add to our understanding of the tiger’s attitude ?
Answer. Tigers, like all beasts of prey were the denizens of the forest. The poem attributed the same traits of character and attitude to men, who, like the tigers preferred to be superior in their domain.

Question. Explain ‘The tigers in the panel………proud and unafraid.’
Answer. Here the tigers symbolize the unquestioned authority of man enjoyed by him over his woman counterpart. The lines suggest the dispassionate and unconcerned attitude of the male towards the desire for freedom among women. Here, Aunt Jennifer tries to find an escape in her art but ends up portraying an image of her own suppression. While woman can never free herself from the oppressive authority of her male counterpart, the male, on the other hand will go on enjoying his authoritative arrogance and ferocity without any fear or regrets.

Question. Why to you think Aunt Jennifer created animals that are different from her own character ?
What might the poet be suggesting through this poem ?
Answer. Aunt Jennifer’s animals were so different from her own character as she was greatly experiencing the constraints of her married life. The massive weight of Uncle’s wedding band was sitting heavily on her hand. She wasted the animals created by her to move freely in the world. She through that they would go on prancing, proud and unafraid. She used them as tool to express her own feelings. She wanted to echo a strong resistance to racism and militarism through them. The poet might be suggesting through that difference, the attitude of Aunt Jennifer as well as that of the tigers. She might have wanted to highlight the feeling of gallantry or dogmatic attitude of the tigers in comparison to the Aunt who was badly terrified.

Question. Of what or whom is Aunt Jennifer terrified with, in the third stanza ?
Answer. According to the poet, Aunt Jennifer would carry the marks of injury of her married life to her grave. She would remain afraid of the Uncle and the iron bands of her marriage. The rings of torture even after her death would accompany her.

Question. Why do you think Aunt Jennifer’s hands are fluttering through her wool? Why does she find the needle so hard to pull?
Answer. Aunt Jennifer is victimized by the overbearing and dominant nature of her husband. Her life has become a perpetual torture. The fear of her authoritative husband has gone so deep into her being that she seems to have lost all strength and energy. Thus her hands shake and flutter so much that she is not even able to pull the needle through the tapestry.

Question. How do Aunt Jennifer’s tiger look like?
Answer. The tigers, made by Aunt Jennifer on the screen, are jumping and playing about without any fear of the men beneath the tree. They walk in elegance and style displaying the spirit of courage, fearlessness, strength and confidence.

Question. What does the image ‘massive weight of the wedding band ‘ mean ?
(a) wedding bond of hard married life
(b) fatty structure of uncle
(c) fatty body of aunty
(d) heavy body of tiger

Question. Tell and interpret the meaning of ‘Denizen of a world of green’.
(a) forest haters
(b) forest lovers
(c) forest dwellers
(d) all

Question. What do you understand by the words ‘denizens’ and ‘chivalric’ in the poem ?
(a) The dominant and highly arrogant attitude of the wild animal-tiger
(b) tiger is a wild animal
(c) tiger is hungry
(d) beauty of the tiger

1. Simile : In this figure of speech, two unlike things are compared using “like” or “as”. For example-
(a) Our soldiers are as brave as lions.
(b) Her cheeks are red like a rose.

2. Metaphor : in this figure of speech two unlike things are compared without using “Like” or “as”. It is a form of direction comparison. For example.
(a) He is a shining star.
(b) The mountains are covered with white blanket.

3. Personification : In this figure of speech inanimate and abstract ideas are treated as living. For example
(a) The wind howled in the night.
(b) Lightening danced across the sky.

4. Hyperbole : It is a literary device which uses extreme exaggeration to make a point or emphasize. For example.
(a) My grandmother is as old as the hills.
(b) I am so hungry that I can eat a horse.

5. Pun : A pun is a play on words that produces a humorous effect by using a word that suggests two or more meanings or by exploiting similar sounding words that have different meanings. For example-
(a) Santa Claus’s helpers are known as subordinate clauses.
(b) The pianist had a good marriage. They always were in chord.

6. Repetition : It is a literaty device that repeats the same words or phrases a few times to make an idea clearer and emphatic. For example.
– Smile and smile and smile
– Far, far away

7. Alliteration : It is a literary device in which a number of words, having the same first consonant sound, occur close together in a series.
– A big bully beats a baby boy.
– Lines of light

8. Paradox : It is a literary device which is self-contradictory but includes a latent truth. It is also used to illustrate and opinion or statement contrary to accepted traditional ideas.
– I must be cruel to be kink.
– The child is the father of the man.

10. Oxymoron : It is a figure of speech in which two opposite ideas are joined to create an effect.
A common example of oxymoron is a noun preceded by an adjective with contrasting meanings, such as ‘cruel kindness’, “living death’.

11. Transferred Epithet :
In this figure of speech an epithet is transferred from its proper word toanother that is closely associated with it in the sentence. For example sleepless night. Blind mouths. 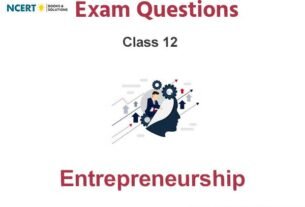