Read the para given below and answer the  questions that follow:

Potential difference (Δv) between two points A and B separated by a distance x, in a uniform electric field E is given by Δv = –Ex, where x is measured parallel to the field lines. If a charge q0 moves from A to B, the change in potential energy (Δv) is given as Δv = q0 Δv. A proton is released from rest in uniform electric field of magnitude 8.0 × 104 Vm–1 directed along the positive X–axis. The Proton undergoes a displacement of 0.50 m in the direction of E. Mass of a Proton = 1.66 × 10–27 Kg and charge on a proton = 1.6 × 10–19 C.

With the help of the passage given above, choose the most appropriate alternative for each of the following questions:

An arrangement of two conductors separated by an insulating medium can be used to store electric charge and electric energy. Such a system is called a capacitor. The more charge a capacitor can store, the greater is its capacitance. Usually, a capacitor consists of two capacitors having equal and opposite charge + Q and –Q. Hence, there is a potential difference V between them. By the capacitance of a capacitor, we mean the ratio of the charge Q to the potential difference V. By the charge on a capacitor we mean only the charge Q on the positive plate. Total charge of the capacitor is Zero. The capacitance of a capacitor is a constant and depends on geometric factors, such as the shapes, sizes and relative positions of the two conductors, and the nature of the medium between them. The unit of capacitance Farad (F), but the more convenient units are μF and PF. A commonly used capacitor consists of two long strips or metal foils, separated by two long strips of dielectrics, rolled up into a small cylinder. Common dielectric materials are plastics (such as polyestor and polycarbonates) and aluminum oxide. Capacitors are widely used in television, computer, and other electric circuits.

Question. If n capacitors, each of capacitance C, are connected in series, then the equivalent capacitance of the combination will be.
(a) n C
(b) n2 C
(c) C/n
(d) C/n2

Question. What is the potential difference across 2 microfarad capacitor in the circuit shown?

Potential of Two Point Charges. The potential at any observation point P of a static electric field is defined as work done by the external agent (or negative of work done by electrostatic field) in slowly bringing a unit positive point charge form infinity to the observation point. The figure given below shows the potential variation along the line of charges. Two point charges Q1 and Q2 lie along a line at a distance from each other.

Question. Which of the following statement is not true?
(a) Electrostatic force is a conservative force.
(b) Potential energy of charge q at a point is the work done per unit charge in bringing a charge form any point to infinity.
(c) When two like charges lie infinite distance apart, their potential energy is zero.
(d) Both (a) and (c).

Question. Positive and negative point charges of equal magnitude are kept at (0,0, a/2) and (0,0, a/2) respectively. The work done by the electric field when another positive point charge is moved from (–a, 0, 0) to (0, a, 0) is
(a) positive
(b) negative
(c) zero
(d) depends on the path connecting the initial and final positions.

Question. A spherical equipotential surface is not possible
(a) inside a uniformly charged sphere.
(b) for a dipole.
(c) inside a spherical condenser.
(d) for a point charge.

Question. The work done in carrying a charge q once round a circle of radius a with a charge Q at its centre is

Question. The work done to move a unit charge along an equipotential surface from P to Q
(a) must be defined as

Capacitance of the spherical conductor situated in vacuum is

Question. Metallic sphere of radius R is charged to potential V. Then charge q is proportional to
(a) V
(b) R
(c) Both V and R
(d) none of these 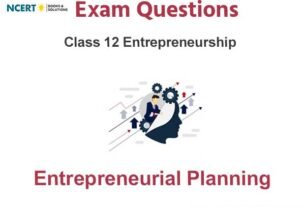 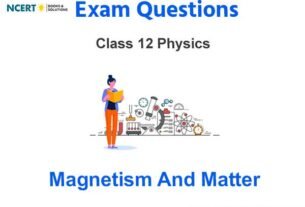