Question. In (i) part, what is the is the ratio if two particles are accelerated through the same potential difference before entering the region of the magnetic field.
(a) 1/√2
(b) 1
(c) √2
(d) 2

Question. Which of the following in motion cannot be deflected by magnetic field?
(a) Protons
(b) Beta particles
(c) Alpha particles
(d) Neutrons

Question. The frequency of revolution of the particle is

Question. If the given electron has a velocity not perpendicular to B, then trajectory of the electron is
(a) straight line
(b) circular
(c) helical
(d) zig-zag

Question. If this electron of charge (e) is moving parallel to uniform magnetic field with constant velocity v, the force acting on the electron is
(a) Bev
(b) Be/ν
(c) B/eν
(d) zero

Biot-Savart law has certain similarities as well as difference with Coulomb’s law for electrostatic field e.g., there is an angle dependence in Biot -Savart law which is not present in electrostatic case.

Question. Two long straight wires are set parallel to each other. Each carries a current i in the same direction and the separation between them is 2r. The intensity of the magnetic field midway between them is

Moving Coil Galvanometer. Moving coil galvanometer operates on Permanent Magnet Moving Coil (PMMC) mechanism and was designed by the scientist D’arsonval. Moving coil galvanometers are two types—(i) Suspended coil (ii) Pivoted coil types or tangent galvanometer. Its working is based on the fact that when a current carrying coil is placed in a magnetic field, it experiences a torque. This torque tends to rotate the coil about its axis of suspension in such a way that the magnetic flux passing through the coil the maximum.

Question. To make the field radial in a moving coil galvanometer
(a) number of turns coil is kept small
(b) magnet is taken in the form of horse-shoe
(c) poles are of very strong magnets
(d) poles are cylindrically cut

Question. In a moving coil galvanometer, having a coil of N-turns of area A and carrying current I is placed in a radial field of strength B. The torque acting on the coil is
(a) NA2B2I
(b) NABI2
(c) N2ABI
(d) NABI

Question. To increase the current sensitivity of a moving coil galvanometer, we should decrease
(a) strength of magnet
(b) torsional constant of spring
(c) number of turns in coil
(d) area of coil 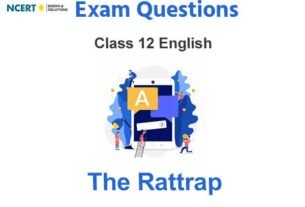