Please refer to the Class 9 Science Sample Paper below which has been designed as per the latest guidelines issued by CBSE, NCERT and KVS. CBSE has updated the paper pattern for this year. Following Sample Paper for Class 9 with answers has been designed to help students practice and get good marks in standard 9 science exams. It is important for students in Class 9 to understand the type of questions expected to come in exams. As many of the questions are multiple choice questions, we have also provided MCQ Questions for Class 9 Science covering all chapters.

Practice the questions below in the below Class 9 Sample Paper with Solutions and get good marks.

Question. The mineral elements found in our bone making it hard, are
a) calcium and phosphorus
b) sodium and potassium
c) phosphorus and sodium
d) sodium and calcium

Question. Viruses do not show any characteristic of living until they enter a living cell, because of the absence of:
a) membrane
b) mitochondria
c) nucleic acid
d) proteins

Question. Survival of plants in terrestrial environment has been made possible by the presence of
a) conducting tissue
b) apical meristem
c) parenchymatos tissue
d) intercalary meristem

Question. Which of the following figures represent uniform motion of moving object correctly?

Question. Statement A: Rocket can propel its self in a vacuum.
Statement B: Newton’s laws are universal.
Which of the two statements is true?
a) statement B
b) both A and B
c) none of these
d) statement A

Question. In desert plants, rate of water loss gets reduced due to the presence of
a) cuticle
b) stomata
c) suberin
d) lignin

Question. Leaves get detached from a tree due to ________.
a) conservation of momentum
b) change in momentum
c) acceleration
d) inertia

Question. Match the column I with column II and column III:

Question. Conversion of solid directly into its vapour form is called:
a) evaporation
b) vaporisation
c) distillation
d) sublimation

Question. The major function of the Golgi apparatus is:
a) secretion
b) detoxification
c) fermentation
d) translocation

Question. Match the following with the correct response:

Question. The functional units of the Golgi apparatus are:
a) cisternae
b) vacuoles
c) vesicles
d) cytoplasm

Question. ________ in the cell wall of cork/bark makes it impervious to water.
a) Cellulose
b) Lignin
c) Suberin
d) Pectin

Question. Assertion (A): The meristematic cells are compactly arranged and do not contain any intercellular space between them.
Reason (R): They contain few vacuoles or no vacuoles at all.
a) Both A and R are true and R is the correct explanation of A.
b) Both A and R are true but R is not the correct explanation of A.
c) A is true but R is false.
d) A is false but R is true.

Question. In the following diagram, the respective correct labelling of 1, 2 and 3 is

Question. The v-t graph of a body of 5 kg moving with the help of a force is shown. Then the force involved is

Question. The energy currency of the cell is:
a) AMP
b) GTP
c) ATP
d) ADP

Question. The minimum number of unequal forces that can make zero resultant is
a) ten
b) four
c) three
d) two

Question. When a rod dipped in conc. HCl is brought near the mouth of test tube containing ammonia gas:

Question. The site of detoxification in liver cells is:
a) SER
b) lysosome
c) ribosome
d) RER

Question. Meristematic tissues in plants are
a) localized and dividing cells
b) localized and permanent
c) not limited to certain regions
d) growing in volume

Question. Which of the following is not the property of colloid?
a) Colloids are big enough to scatter a beam of light passing through it.
b) A colloid is a heterogeneous mixture.
c) Size of particles of a colloid is too small
d) A colloid is very unstable

Question. Which of the following is an example of solid sol?
a) Shaving cream
b) Fog
c) Coloured gemstone
d) Milk

Question. Following questions are based on the given text. Read the text carefully and answer the

Question. Which of the given are covered by a single membrane?
a) Plastid
b) Lysosome
c) Vacuole
d) Mitochondria

Question. Which cell organelle plays a crucial role in detoxifying many poisons and drugs in a cell?
a) Vacuoles
b) Golgi apparatus
c) Lysosomes
d) Smooth endoplasmic reticulum

In the velocity-time graph of an object that moves under uniform acceleration as the initial velocity of the object is u (at point A) and then it increases to v (at point B) in time t. The velocity changes at a uniform rate a.

Question. A car is moving along a straight road with uniform velocity. It is shown in the graph. 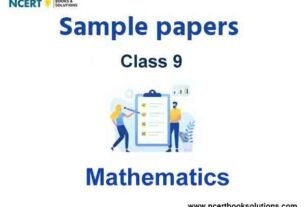 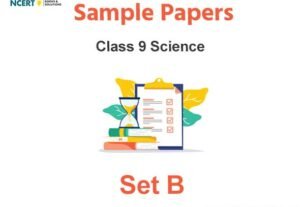