1. The table shows the electronic structures of four elements.

(a) Identify which element(s) will form covalent bonds with carbon.
(b) “Carbon reacts with an element in the above table to form several compounds.” Give suitable reason.
Ans. (a) P and R
(b) Carbon has a valency of four or etravalency & catenation

2. The diagram below shows part of the periodic table.
(a) Which elements would react together to form covalent compounds?
(b) Between the two elements W and Z, which will have a bigger atomic radius? Why?

Ans. (a) Y and Z
(b) W has bigger atomic radius.
Reason: Down the group, number of shells increases.

3. (a) Trace the path a male gamete takes to fertilise a female gamete after being released from the penis.
(b) State the number of sets of chromosomes present in a zygote.
Ans. (a) Male gamete (sperm) travels in the female reproductive tract after being released. The path which it takes to fertilise the female gamete (egg) is vagina, uterus, fallopian tube where it fuses with the egg cell resulting in the formation of a zygote (Alternative: labelled figure of human female reproductive system indicating the passage of sperm from vagina to uterus and then to fallopian tube for fertilisation, resulting in the formation of a zygote.)
(b) Zygote has 2 sets of chromosomes.

5. Mustard was growing in two fields- A and B, while field A produced brown coloured seeds, field B produced yellow coloured seeds. It was observed that in field A, the offsprings showed only the parental trait for consecutive generations,whereas in field B, majority of the offsprings showed a variation in the progeny. What are the probable reasons for these?
Ans. In field A, the reason for parental trait in consecutive generations of the offsprings is self-pollination.
In field B, variation is seen because of recombination of genes as cross-pollination is taking place.

6. A simple motor is made in a school laboratory. A coil of wire is mounted on an axle between the poles of a horseshoe magnet, as illustrated.

7. DDT was sprayed in a lake to regulate breeding of mosquitoes. How would it affect the trophic levels in the following food chain associated with a lake? Justify your answer.

Ans. A will represent more energy transfer as compared to C and E. B will represent more energy transfer as compared to D.
When green plants are eaten by primary consumers, a great amount of energy is lost as heat in to the environment, some amount goes into digestion and in doing work and the rest goes towards growth and reproduction. An average of 0% of the food eaten is made available for the next level of consumers. his loss of energy takes place at every trophic level.
(Alternatively accept- In accordance with 0% law of transfer of energy in a food chain, only 0% of energy available at one trophic

8. Choose an element from period 3 of modern periodic table that matches the description given below in each instance. Give reason for your choice.
(a) It has a similar structure to diamond.
(b) It has same valency as Lithium.
(c) It has variable valency and is a member of the Oxygen family (group 6).
Ans.  (a) Silicon
Reason: Tetrahedral structure
(b) Sodium
Reason: It has valence electron like
Lithium
(c) Sulphur
Reason: It forms oxides SO2 and SO3

9. (a) How many isomers are possible for the compound with the molecular formula C4H8 ? Draw electron dot structure of branched chain isomer.
(b) How will you prove that C4H8 and C5H10 are homologous?
Ans. (a) Five

(b) C4H8 and C5H10 are homologous  as they differ in
1. “–CH2 –”
2. differ in 4u molecular mass
3. Same functional group
4. Same general formula
OR
A carbon compound ‘A’ having melting point 56K and boiling point 35K, with molecular formula
C2H6O is soluble in water in all proportions.
(a) Identify ‘A’ and draw its electron dot structure.
(b) Give the molecular formulae of any two homologous of ‘A’.
Ans. (a) Ethanol; C2H5OH

10. Two pea plants-one with round yellow (RRYY) seeds and another with wrinkled green (rryy) seeds produce F progeny that have round, yellow (RrYy) seeds.
When F plants are self-pollinated, which new combination of characters is expected in F2 progeny?
How many seeds with these new combinations of characters will be produced when a total of 60 seeds are produced in F2 generation? Explain with reason.
Ans.  Round green: 30
Wrinkled yellow: 30
New combinations are produced because of the independent inheritance of seed shape and seed colour trait.

11. (a) It would cost a man `3.50 to buy .0 kW h of electrical energy from the Main Electricity Board. His generator has a maximum power of 2.0 kW. The generator produces energy at this maximum power for 3 hours. Calculate how much it would cost to buy the same amount of energy from the Main Electricity Board.
(b) A student boils water in an electric kettle for 20 minutes. Using the same mains supply, he wants to reduce the boiling time of water. To do so, should he increase or decrease the length of the heating element? Justify your answer.
Ans.  (a) E = P × T
So, E = 3 × 2 = 6 kWh
Cost of buying electricity from the main electricity board = 6 x 3.50 = `2.0
(b) To reduce the boiling time using the same mains supply, the rate of heat production should be large. We know that P = V2/R. Since V is constant, R should be decreased. Since R is directly proportional to L so, length should be decreased.

13. Gas A, found in the upper layers of the atmosphere, is a deadly poison but is essential for all living
beings. The amount of this gas started declining sharply in the 980’s.
(a) Identify Gas A. How is it formed at higher levels of the atmosphere?
(b) Why is it essential for all living beings? State the cause for the depletion of this gas.
Ans.  (a) Gas A is Ozone. Ozone at the higher levels of the atmosphere is a product of UV radiation acting on oxygen (O2) molecule. The higher energy UV radiations split apart some molecular oxygen (O2) into free oxygen (O) atoms. These atoms then combine with molecular oxygen to form ozone.
UV
O2 → O + O
O + O2 → O3
(b) Ozone shields the surface of the earth and protects living organisms from ultraviolet (UV) radiations released by the sun. Chlorofluorocarbons (CFC’s) which are used as refrigerants in fire extinguishers lead to depletion of ozone layer

15. Ansari Sir was demonstrating an experiment in his class with the setup as shown in the figure below.

A magnet is attached to a spring. The magnet can go in and out of the stationary coil. He lifted the magnet and released it to make it oscillate through the coil. Based on your understanding of the phenomenon, answer the following questions.
(a) What is the principle which Ansari Sir is trying to demonstrate?
(b) What will be observed when the magnet starts oscillating through the coil. Explain the reason behind this observation.
(c) Consider the situation where the magnet goes in and out of the coil. State two changes which could be made to increase the deflection in the galvanometer.
Ans.  (a) Sir is trying to demonstrate the principle of Electromagnetic induction.
(b) There will be fluctuating induced current in the coil due to relative motion between the magnet and the coil. Accordingly the galvanometer needle will fluctuate on either side of 0 mark. Changing the  magnetic field around the coil generates induced current.
(c) Using a stronger magnet, or using a coil with more number of turns. 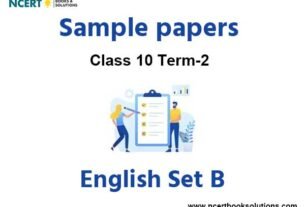 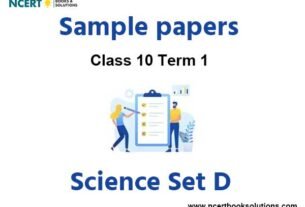 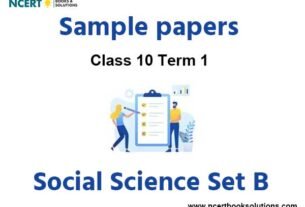