Choose and write the correct option in the following questions.

1. Which of the following revolutions is called as the first expression of ‘Nationalism’?
(a) French Revolution
(b) Russian Revolution
(c) Glorious Revolution
(d) The Revolution of the liberals

2. In dealing with power sharing, which one of the following statements is NOT correct about democracy?
(a) People are the source of all political power.
(b) In a democracy, people rule themselves through institutions of self-governance.
(c) In a democracy, due respect is given to diverse groups and views that exist in a society.
(d) In a democracy, if the power to decide is dispersed, it is not possible to take quick decision and enforce them.

7. Why did the secondary sector later become the most important sector?
(a) People began to use many more goods that were produced in factories at cheap rates
(b) Employment increased
(c) Agriculture declined
(d) Both (a) and (b)

9. Over the past decade or so, indicators have come to be widely used along with income as a measure of development.
(a) health and nutrition
(b) health and education
(c) child development
(d) human development

10. Underemployment is hidden in contrast to someone who does not have a job and is clearly visible as unemployed. It is also called _ .
(a) hidden employment
(b) disguised unemployment
(c) unstable employment
(d) less employment

11. Which of the following is not correct about plantation crop?
(a) In this type of farming, a single crop is grown on a large area.
(b) The plantation has an interface of agriculture and industry.
(c) Plantation cover large tracts of land called estates.
(d) Farmers clear a patch of land by felling the trees and burning them, to produce cereals and other food crops.

From the very beginning, the French revolutionaries introduced various measures and practices that could create a sense of collective identity amongst the French people. The ideas of la patrie (the fatherland) and le citoyen (the citizen) emphasised the notion of a united community enjoying equal rights under a constitution. A new French flag, the tricolour, was chosen to replace the former royal standard. The Estates General was elected by the body of active citizens and renamed the National Assembly. New hymns were composed, oaths taken and martyrs commemorated, all in the name of the nation. A centralised administrative system was put in place and it formulated uniform laws for all citizens within its territory. Internal customs duties and dues were abolished and a uniform system of weights and measures was adopted. Regional dialects were discouraged and French, as it was spoken and written in Paris, became the common language of the nation. The revolutionaries further declared that it was the mission and the destiny of the French nation to liberate the peoples of Europe from despotism, in other words to help other peoples of Europe to become nations. When the news of the events in France reached the different cities of Europe, students and other members of educated middle classes began setting up Jacobin clubs. Their activities and campaigns prepared the way for the French armies which moved into Holland, Belgium, Switzerland and much of Italy in the 1790s. With the outbreak of the revolutionary wars, the French armies began to carry the idea of nationalism abroad.

15. The political and constitutional changes brought about by the French Revolution were:
(a) it ended the absolute monarchy.
(b) it transferred power to a body of the French citizens.
(c) it proclaimed that henceforth people would constitute the nation and shape its destiny.
(d) all the above.

17. The ideas of a United Community enjoying equal rights under a Constitution were expressed by the French as:
(a) La Patrie
(b) Le Citoyen
(c) Both (a) and (b)
(d) None of the above

18. The Estates General was elected by the body of active citizens and it was renamed as:
(a) National Assembly
(b) Body of Executives
(c) Rule of Directory
(d) None of these

Resource planning is a complex process which involves: (i) identification and inventor of resources across the regions of the country. This involves surveying, mapping and qualitative and quantitative estimation and measurement of the resources. (ii) evolving a planning structure endowed with appropriate technology, skill and institutional set up for implementing resource development plans. (iii) Matching the resource development plans with overall national development plans. India has made concerted efforts for achieving the goals of resource planning right from the First Five Year Plan launched after Independence. The availability of resources is a necessary condition for the development of any region, but mere availability of resources in the absence of corresponding changes in technology and institutions may hinder development. There are many regions in our country that are rich in resources but these are included in economically backward regions. On the contrary there are some regions which have a poor resource base but they are economically developed. The history of colonisation reveals that rich resources in colonies were the main attractions for the foreign invaders. It was primarily the higher level of technological development of the colonising countries that helped them to exploit resources of other regions and establish their supremacy over the colonies. Therefore, resources can contribute to development only when they are accompanied by appropriate technological development and institutional changes.
India has experienced all this in different phases of colonisation. Therefore, in India, development in general, and resource development in particular do not only involve the availability of resources, but also the technology, quality of human resources and the historical experiences of the people.

20. Resource planning is essential for existence of all forms of life.
(a) ecological balance
(b) sustainable
(c) exploitation
(d) None of these

21. What was main attraction of foreign invaders to India?
(a) architecture
(b) resource
(c) irrigation method
(d) spices

22. Which of the following is essential for sustainable existence of all forms of life?
(a) Resource planning
(b) Resource management
(c) Resource extraction
(d) Resource generation

Once it is realised that even though the level of income is important, yet it is an inadequate measure of the level of development, we begin to think of other criterion. There could be a long list of such criterion but then it would not be so useful. What we need is a small number of the most important things. Health and education indicators, such as the ones we used in comparison of Kerala and Haryana, are among them. Over the past decade or so, health and education indicators have come to be widely used along with income as a measure of development. For instance, Human Development Report published by UNDP compares countries based on the educational levels of the people, their health status and per capita income. It would be interesting to look at certain relevant data regarding India and its neighbours from Human Development Report 2019.

25. Which organisation publishes the Human Development Report:
(a) WHO
(b) UNDP
(c) WTO
(d) IMF

26. Which one of the following criteria is the basis to measure the development of a country according to UNDP?
(a) Per capita income
(b) Educational levels of the people
(c) Health status of the people
(d) All the above

Power sharing arrangements can also be seen in the way political parties, pressure groups and movements control or influence those in power. In a democracy, the citizens must have freedom to choose among various contenders for power. In contemporary democracies, this takes the form of competition among different parties. Such competition ensures that power does not remain in one hand. In the long run, power is shared among different political parties that represent different ideologies and social groups. Sometimes this kind of sharing can be direct, when two or more parties form an alliance to contest elections. If their alliance is elected, they form a coalition government and thus share power. In a democracy, we find interest groups such as those of traders, businessmen, industrialists, farmers and industrial workers. They also will have a share in governmental power, either through participation in governmental committees or bringing influence on the decision-making process.

28. What does the competition amongst the political parties ensure?
(a) power remains in one hand
(b) power is shared
(c) power does not remain in one hand
(d) all the above

29. None-sharing of power leads to
(a) peace among all the communities
(b) tyranny of the majority and oppression of the majority
(c) negation of the very spirit of democracy
(d) both (b) and (c)

32. Assertion (A) : Sri Lanka has a diverse population.
Reason (R) : The major social groups are the Sinhala-speakers (74 per cent) and the Tamil- speakers (18 per cent).

33. Assertion (A) : The local government structure goes right up to the state level.
Reason (R) : A few gram panchayats are grouped together to form what is usually called a panchayat samiti or block or mandal.

34. Assertion (A) : Organic farming is much in vogue today because it is practised without factory made chemicals such as fertilisers and pesticides.
Reason (R) : Hence, it does not affect environment in a negative manner.

35. Assertion (A) : During the 1830s, Giuseppe Garibaldi had sought to put together a coherent programme for a unitary Italian Republic.
Reason (R) : Chief Minister Cavour who led the movement to unify the regions of Italy was neither a revolutionary nor a democratic.

36. Assertion (A) : The developmental goals that people have are not only about better income but also about other important things in life.
Reason (R) : A safe and secure environment may allow more women to take up a variety of jobs or run a business.

37. Assertion (A) : Alluvial soils as a whole are very fertile.
Reason (R) : Mostly these soils contain adequate proportion of potash, phosphoric acid and lime which are ideal for the growth of sugarcane, paddy, wheat and other cereal and pulse crops.

38. Assertion (A) : Language, too, played an important role in developing nationalist sentiments.
Reason (R) : After Russian occupation, the Polish language was welcomed in schools and the Russian language was forced out.

The following questions (39 – 40) are based on map. Answer the questions by selecting the correct option marked on the map.

39. Select the correct name of the dam that is marked on the map.

40. Select the correct name of the dam that is marked on the map. 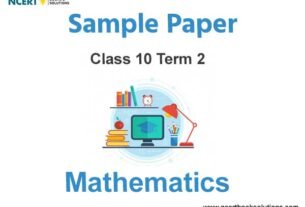 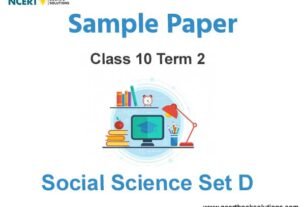