Section A
(Attempt any 20 Questions)

1. Newly independent countries got an option to stay away from any of the alliances, since the time was created.
(a) NATO
(b) CENTO
(c) Warsaw Pact
(d) NAM

3. Who appoints the Vice-Chairperson of NITI Aayog?
(a) The Prime Minister
(b) The President
(c) The Chief Executive Officer
(d) The Finance Minister

4. Which among the following statements about Soviet System is not true?
(a) The Soviet Union had complex communication.
(b) It had a complex machinery production system and transport sector that connected its remotest areas with efficiency.
(c) It had a domestic consumer industry that produced everything from pins to cars.
(d) Soviet Union disintegrated in 1992.

5 Policy has been adopted by NITI Aayog.
(a) Make in India
(b) Made in India
(c) Startup India
(d) Ayushman Bharat

8. Which was the biggest challenge before the newly independent India?
(a) National Integration
(b) Industrialisation
(c) Population
(d) Unemployment

9. Which of these statements about Non-Aligned Movement is incorrect?
(a) Enabling newly decolonised countries to pursue independent policies.
(b) Refusal to joining any military alliance.
(c) Following a policy of neutrality on global issues.
(d) Focus on elimination of global economic inequalities.

11. Which from the following is concerned with the safe and peaceful use of nuclear technology under the UN System?
(a) UN International Safeguard Committee
(b) UN Security Council
(c) International Atomic Energy Agency
(d) Amnesty International

13. The Arab Spring did not transcend which of the following countries?
(a) Tunisia
(b) Libya
(c) Iran
(d) Yemen

14. Which among the following is not an outcome of the disintegration of the USSR?
(a) End of the ideological war between the US and the USSR.
(b) Birth of CIS.
(c) Change in balance of power in the world order.
(d) Crisis in the Middle East.

15. The three major objectives of Nehru’s foreign policy were
(i) To preserve the hard-earned sovereignty.
(ii) To protect territorial integrity.
(iii) To promote rapid economic development.
(iv) To establish a Capitalist System in India.
Select the correct answer using the codes given below.
(a) (i), (ii) and (iv)
(b) (ii), (iii) and (iv)
(c) (i), (ii) and (iii)
(d) (ii), (iv) and (iii)

16. Which of the following is not the disputed site between India and China?
(a) Doklam
(b) Galwan Valley
(c) Depsang Plains
(d) Lipulekh Pass

17. The Nizam wanted an independent status for Hyderabad. He entered into what was called the Standstill Agreement with India in November 1947 for while negotiations with the Indian Government were going on.
(a) A year
(b) Three years
(c) Two years
(d) Six months

18. “The foreign policy of a country is the outcome of her economic policy” these remarks were made by
(a) Indira Gandhi
(b) Jawaharlal Nehru
(c) Morarji Desai
(d) Charan Singh

22. What was the impact of the Indo-China Conflict on the opposition parties?
(i) The CPI, which was in favour of the Soviet Union, grew closer with the Congress.
(ii) The Communist Party of India broke up in 1963.
(iii) Alerted the leaders of India about the situation in the North-East.
(iv) Nagaland was given state status.
Select the correct answer using the codes given below.
(a) (i), (ii) and (iii)
(b) Only (iii)
(c) (i) and (ii)
(d) Only (i)

24. Which one of the following statements is false?
(a) The Nizam of Hyderabad was keen to have an independent status for the state of Hyderabad.
(b) Jammu and Kashmir was ready to sign the Instrument of Accession.
(c) The issue of Junagarh was resolved after a plebiscite in the state.
(d) Travancore was not the first Indian state to merge into the Union of India.

Section B
(Attempt any 20 Questions)

25. Why didn’t war happen during the Cold War?
(a) Due to theory of Deterrence
(b) Due to NAM
(c) Due to Cuban Missile Crisis
(d) Active involvement of the UN

26. Why did Russia become the successor of USSR?
(i) Russia led the formation of CIS.
(ii) It inherited the Soviet seat in the UN.
(iii) It was the largest republic.
(iv) Boris Yeltsin was more charismatic than Gorbachev. Select the correct answer using the force given below.
(a) (i) and (iii)
(b) (ii) and (iii)
(c) (i) and (iv)
(d) (ii) and (iv)

27. Since the Nagpur session of the Congress in 1920, this principle was accepted that the reorganisation of states would be on a linguistic basis. Despite this, the leaders were against it after independence because
(i) Things change after independence and partition.
(ii) Might lead to disruption and disintegration.
(iii) To adopt a mixed economy.
(iv) To adopt a planned economy.
Select the correct answer using the codes given below.
(a) (ii) and (iv)
(b) (iii) and (iv)
(c) (i) and (ii)
(d) (i) and (iii)

28. Years after the end of Cold War, the Central Asian Republic have not risen to the global availability of opportunity why ?
(a) Backdrop of soviet influence
(b) Authoritarianism in the countries
(c) US involvement
(d) Traditionally isolated nature of the countries

29. Sardar Vallabhbhai Patel was entrusted with the task of unification of the Princely States. Which of the following argument is not correct?
(a) He had a long political experience.
(b) He was a visionary and a good speaker.
(c) Muslim League wanted that the task of integration should be entrusted to Sardar Vallabbhai Patel.
(d) He was the Home Minister as well as the Minister of Concession Department.

30. Why did the Indian Government sign the treaty with the Soviet Union in 1971?
(a) India needed diplomatic and military support during the Bangladesh crisis.
(b) India was very close to the USSR.
(c) India wanted to stay away from the USA.
(d) For strengthening friendship.

31. Consider these statements about NITI Aayog. Find the wrong statement.
(a) NITI Aayog acts as a think tank of the Union Government.
(b) NITI Aayog does not ensure the spirit of Cooperative Federalism.
(c) The Prime Minister of India is the Ex Officio Chairman of NITI Aayog.
(d) Dr. Rajiv Kumar is the current Vice Chairperson of NITI Aayog.

32. Shock Therapy is a phenomenon associated with
(a) Central Asian conflicts in Tajikistan and Azerbaijan.
(b) New International Economic Order.
(c) US plans to root out communism.
(d) Stabilising the Russian currency against the US dollar.

37. NITI Aayog serves as a think-tank to promote federation where government acts as a with the help of technology. Select the correct option.
(a) Competitive, controller
(b) Comparative, central authority
(c) Cooperative, facilitator
(d) Correlated, enabler

39. Given the contemporary realities of the world, how can the UN play a more important role?
(a) By being more assertive about human rights violations and calling for change.
(b) By letting the regional powers take change.
(c) By indulging US-China to resolve disputes.
(d) By being proactive and sending peace keeping forces to resolve territorial disputes.

46. In which of the following matters do International Organisation help?
(i) To establish better living conditions democratic countries.
(ii) In matters of peace and war.
(iii) To prevent violations of human rights.
(iv) To resolve territorial disputes.
(a) (i), (ii), (iii) and (iv)
(b) (i) and (ii)
(c) (i) and (iii)
(d) (ii) and (iii)

47. The re-organisation of the states on the basis of language had a negative effect.
(a) The concept of power sharing was realised.
(b) The principle of variation was accepted.
(c) A uniform basis was found for the demarcation of the states.
(d) Movements started in many areas of the country demanding the formation of small separate states.

48. During the Nehru era, why did some political parties and groups in our country believe that India should be more friendly with the bloc led by the US?
(a) Because the US bloc claimed to be pro-democratic and promoted Capitalism.
(b) The US always favoured India.
(c) The US supported India in all its policies.
(d) The US was very close to India.

49. Study the picture given below and answer the question that follows.

Choose the first state to be created due to linguistic demands after independence.
(a) Gujarat
(b) Andhra Pradesh
(c) Assam
(d) Rajasthan

50. Study the picture given below and answer the question that follows.

What does this logo symbolise?
(a) Global progress
(b) World peace
(c) Equity in the world
(d) Harmony amongst the people

51. Study the cartoon given below and answer the question that follows.

Directions (Q. Nos. 52-55) Read the given passage carefully and answer the questions that follow.

Thus it was decided that what was till then known as ‘India’ would be divided into two countries, ‘India’ and ‘Pakistan’. Such a division was not only very painful, but also very difficult to decide and to implement. It was decided to follow the principle of religious majorities. This basically means that areas where the Muslims were in majority would make up the territory of Pakistan. The rest was to stay with India. The idea might appear simple, but it presented all kinds of difficulties.

52. Why did the partition of India in 1947 prove to be very painful?
(a) The general public was in favour of the partition.
(b) The leaders of the two countries handled it properly.
(c) People were divided on the basis of language.
(d) It was the largest, most abrupt, unplanned and tragic transfer of population.

55. What led to the decision for the creation of Pakistan? Choose the incorrect statement as the reason.
(a) Political competition between Muslim League and Congress.
(b) Several political developments in 1940’s.
(c) Role played by the British.
(d) Failure of the Interim Government.

Directions (Q. Nos. 56-60) Read the given passage carefully and answer the questions that follows.

India’s nuclear policy has always been peace-oriented, whose clear impression is reflected in the policy of ‘No First Use’. But in view of contemporary regional security challenges, the present government has made it clear that the policy of ‘No First use’ can be reviewed and changed in consonance with India’s regional and national security. In addition, India is committed to ensuring its membership in the Nuclear Suppliers Group (NSG) and opposing partisan and unjust nuclear treaties like CTBT and NPT.

56. Why was the policy of ‘No First Use’ reviewed and changed?
(a) India is not a peace-oriented nation any more.
(b) India wants to be a permanent member of UNSC.
(c) India’s regional and national security is paramount.
(d) All of the above

59. India’s Nuclear Policy reiterates its resolve in:
(a) Establishing its regional supremacy
(b) Establishes it as the guardian of SAARC
(c) Establishing disarmament and regional peace
(d) Engage in hostilities with others

60. Indian Foreign Policy is driven by a wide range of factors. Identify the incorrect one.
(a) National Integration
(b) Protection of International Boundaries
(c) Alliance Building
(d) National Interest 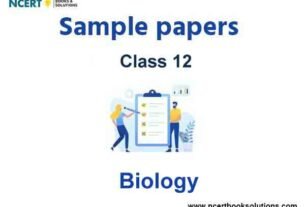 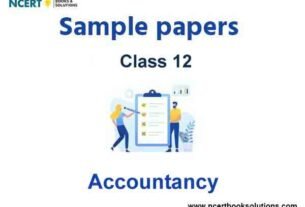