Question. How did this experience affect him?
Answer. The near to death experience of drowning had a very strong impact on his psychology. He was deeply disturbed and shaken by the whole experience. A fear of water took control of his physical strength and emotional balance for many years. As he couldn’t bear being surrounded by water, he was deprived of enjoying any water-related activity.

Question. How did Douglas overcome his fear of water?
Answer. At first, he tried to overcome his fear of water on his own. But when he failed, he got an instructor for himself who worked on Douglas’s fear very methodically. With his help, Douglas began learning to be at ease in water. After this, he practiced exhaling-inhaling in water to suspend the fear of putting his head inside the water. Then, he moved on to master individual steps of swimming which were, finally, put together into a complete experience of swimming, by his instructor. After about six months, Douglas could not only swim well but was, also free of his fear to a great extent. At this stage, Douglas’s journey of truly overcoming his fear began. He swam alone in the pool. He went to Lake Wentworth to dive. He tried every possible stroke he learnt. Finally, in his diving expedition, in the Warm Lake, he conquered his fear completely.

Question. Why was Douglas determined to get over his fear of water?
Answer. Douglas hated being deprived of enjoying water activities like canoeing, boating, swimming, fishing, etc. His wish to enjoy them and the craving to regain his lost confidence, while being in water, made him to get after every possible way to get rid of his fear. He was finally able to overcome this fear of his by getting himself a swimming instructor and further ensuring that no residual fear was left.

Question. How did the instructor ‘build a swimmer’ out of Douglas?
Answer. The instructor worked gradually on Douglas’ psychology. Then he slowly moved on to his physical movements and each part to build a swimmer out of him. At first he made Douglas swim back and forth across the swimming pool so that he could get used to it. He used an elaborate mechanism with a rope, belt, pulley and an overhead cable to help them stay connected with Douglas while he was in the pool. Then, one-by-one, he made Douglas master the techniques of swimming, like putting his head in the water, exhaling and inhaling while in water, movements of his hands, body, legs, etc. Finally, he integrated these perfected steps into a whole experience of swimming for Douglas.

Question. How did Douglas make sure that he conquered the old terror?
Answer. Even after the swimming training was over, Douglas wasn’t confident about his swimming. He was not sure that he had overcome the fear. He was determined to completely get rid of it forever. He swam alone in the pool. He went to Lake Wentworth to dive. There, he tried every possible stroke he had learnt. He fought back the terror that gripped him in the middle of thelake. Finally, in his diving expedition in the Warm Lake, he realized that he had truly conquered his old terror.

Question. How does Douglas make clear to the reader, the sense of panic that gripped him as he almost drowned? Describe the details that have made the description vivid.
Answer. Douglas takes us through his near to death experience at the Y.M.C.A. pool by detailing every little aspect associated to it. He details us with the minutes of his emotional, mental and physical struggle with the paralyzing fear of being drowned in the water. The first person narration of the incident also helps us to associate with his experience more deeply. Though he did not lose his wits initially, he panicked when his strategy didn’t work. His feeling of suffocation, fear and losing hold on, his senses make the readers experience what he did. His eyes couldn’t see beyond the dirty yellow water. His voice did not assist him. His nose and mouth took water to the lungs. His limbs became paralyzed with fear and his mind went dizzy. His desperation to save himself kept him struggling until he went down the third time and lost his senses completely. All these details make the description vivid.

Question. What was the misadventure that William Douglas talked about?
Answer. William Douglas had just joined YMCA swimming pool and started feeling comfortable in the water. One day when he reached earlier and found no one around, then only an eighteen year old big bruiser picked him up and tossed him into the nine feet deep end of the pool. He hit the water surface in a sitting position. He swallowed water and went at once to the bottom. He nearly died in this misadventure.

Question. What were the series of emotions and fears that Douglas experienced when he was thrown into the pool ? What plans did he make to come to the surface ?
Answer. The realization of being thrown into the pool did not make Douglas lose his wits immediately. Although he was frightened, yet, he thought of a trick to come up to the surface but he couldn’t execute the trick successfully. He panicked and felt suffocated by the water. His senses gave way, his heart pounded loudly, his limbs became paralyzed with fear, his mind became dizzy and his lungs ached. he gulped a large amount of water while making desperate attempts to comeout of the water. Finally, he lost all his strength to keep struggling and he became unconscious. Douglas had planned to allow himself to go down till his feet hit the bottom. He wanted to make a big jump to come back to the surface like a cork. Then, he would lie flat on the surface of water and paddle to the edge of the pool.

Question. When did his aversion to water begin?
Answer. Author was three or four year old when his father took him to California beach. When he was hung on to his father in the surf, the waves knocked him down and swept over him. He was terrified at overpowering force of the waves and feared water since then.

Question. What strategy did he remember as he went down the water?
Answer. While moving down and down endlessly in the pool, author plan a great jump upward like a spring when he would hit the bottom and bob to the surface like a cork then he would move his arms, thrash his legs, reach to the surface and be safe.

Question. Why does Douglas as an adult, recount a childhood experience of terror and his conquering of it? What larger meaning does he draw from his experience?
Answer. Douglas recounts his childhood experience at the Y.M.C.A. pool to enable the readers to understand the exact nature and intensity of the terror. The fear of being surrounded by the water, the fear of putting his head in the water, the fear of choking and the fear of his limbs going numb couldn’t have been explained to a reader unacquainted with Douglas’ childhood experience. In that case, the elaborate strategy adopted by the author (and his instructor) and the time-taken by him to learn or master even simple things, though put in the perspective of his fear of water, couldn’t have been understood properly. By quoting Roosevelt, ‘All we have to fear is fear itself/ Douglas indicates the larger meaning that he draws from his experience. For him, the importance of life became evident when he encountered death.

Question. What effect did the drowning in the YMCA pool have on the Douglas?
Answer. Several hours after the incident, author walked home. He was weak and trembling. He shook and cried when he laid on his bed. He couldn’t eat that night. For days a haunting fear was in his heart. He never went back to the pool. He feared water. He avoided it whenever he could. It deprived him of the joy of canoeing, boating and swimming.

Question. All we have to fear is fear itself. Have you ever had a fear that you have not overcome? Share your experience with your partner.
Answer. I must have been about nine or ten years old then. It was a normal day at school. We were being taken to the swimming pool for our swimming class. We all changed and stepped down in water. We started splashing water at each other when we did not find our instructor around. It was during this time that I slipped inside the pool. I was almost next to being drowned that I caught hold of the safety rope tied all across the pool wall. I caught hold of the same and tried to stand up in water with all my strength. A friend of mine saw it all and came to my rescue. He informed our instructor about it. Since then, I have had fear of water. The very sight of swimming pool makes me freeze. I often go absent on the day we have swimming classes. My parents have had counselled me a lot, they ensured their presence too at times but I dare not even step down in the pool since then.

The Yakima River was treacherous. Mother continually warned against it, and kept fresh in my mind the details of each drowning in the river. But the Y.M.C.A. pool was safe. It was only two or three feet deep at the shallow end; and while it was nine feet deep at the other, the drop was gradual. I got a pair of water wings and went to the pool. I hated to walk naked into it and show my skinny legs.

Question. His mother warned him against swimming in the Yakima River because
(a) Strong currents
(b) it was meant only for boating
(c) many people had drowned there
(d) it had no lifeguards around

Question. He decided to learn to swim in the pool at
(a) At school
(b) country club
(c) local club
(d) Y.M.C.A 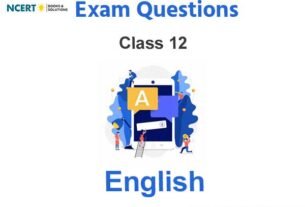