Question. Complete the table with correct information with regard to perceptions of ideal woman :

Question. Define secularism. Is India a secular state ? Discuss.
Answer : Secularism is the principle of the separation of government institutions and persons mandate to represent the state from religious institutions and religious dignitaries (the attainment of such is termed secularity). Yes, India is a secular state because no religion has been given special status and no religion has been declared to be the official religion of India. People are allowed to follow, practice and propagate any religion. State power is not allowed to make any discrimination on the grounds of religion. The Article 17 has banned untouchability in India.

Question. Describe the adverse effects of caste in politics in India.
Answer : Parties consider caste as one of the important criteria in choosing candidates for elections. They consider the caste composition of a constituency before declaring their candidate. People vote for their religion and caste in elections and sometimes fail in choosing the right candidate. During the formation of the Government, it is ensured that all religion and castes are duly represented. Political Parties use caste sentiments of people during campaigning.

Question. How do women in India still face discrimination and oppression in various ways ? Explain with four examples. OR Write a note on the status of women in India.
Answer : (i) Literacy rate : According to 2011 Census, Women literacy rate is only 65.46 when compared to that of men in India which is 82.14. In rural areas and some percent in the cities, parents do not send girls to schools because they prefer spending on boy’s education than their daughter.
(ii) Unpaid work : It is noted that women are paid less when compared to men, even if the women work extra hours a day. Thus, women’s work is not valued and paid fully
(iii) Sex ration : In many part of India abortion of girl child takes place leading to a decline in the child sex ratio. It is observed that there are only 940 girl child for 1000 boys.
(iv) Domestic violence : Both urban and rural areas come across women being harassed and exploited. They are not safe in their own house because of domestic violence.

Question. What have been the consequences of the political expression of gender division in free India ? What is the status of women’s representation in India’s legislative bodies ?
Answer : India has a patriarchal society and women face discrimination, oppression in various ways. In India, 74 percent of men are literate, whereas only 56 percent of women are literate. In school, girls perform equal to or even better than boys. Still more girls dropout as parents wants to spend money in their son’s education. Women are paid less than men for equal work. We have Equal Wages Act in India, which states that women should be paid equal for equal work. On an average, woman works an hour more than man. But her work is neither valued nor paid. Parents usually prefer boy child and abort the girl child before she is born. In India, the sex ratio is 940 female for every 1000 male. In some states it is less than 800. The proportion of women’s representation in the legislatures has always been very low. In the Lok Sabha, it has never touched even 10 percent of its total strength and in State assemblies it is less than 5 percent. In this regard, India is behind several developing nations of Africa and Latin America. Most of the Cabinet Ministers and Chief Ministers are male. To empower women, one-third of the total seats are now reserved for women in all rural and urban local bodies. 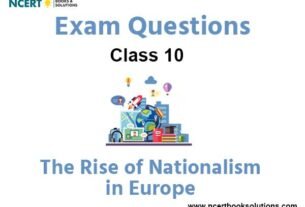 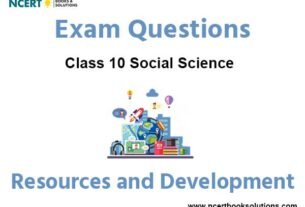