Class 12 Geography students should read and understand the important questions and answers provided below for Geographical Perspective on Selected Issues and Problems which will help them to understand all important and difficult topics.

Question. How can we improve the condition of slum dwellers?
Answer. The condition of slum dwellers can be improved with the
help of the government by setting aims such as
– To improve the quality of life of poor people by providing access to clean water, improved sanitation and waste management services, and supporting secure land tenure and affordable housing.
– To strengthen the capacity of local people and their institutions to engage with local authorities and other service providers for the sustainable provision of basic services.
– To support income generation activities and community managed savings and credit schemes that enable households, to secure funds for the improvement of basic facilities.

Question. Land degradation caused by human made processes are more harmful than natural processes in India.Analyse the statement with suitable examples.
Answer. Land degradation caused by human processes is more harmful than natural processes in India. Land degradation is generally understood either as a temporary or a
permanent decline in productive capacity of the land.Land is constantly used without managing its fertility, it is degraded and its productivity declines. Deforestation, overgrazing, mining and quarrying too are responsible for land degradation in India.Man-made degraded wastelands such as degraded shifting cultivation areas, degraded land under plantation crops,degraded forest, mining and industrial wasteland are 5.8% of the total geographical area of the country.
In states such as Jharkhand, Chhattisgarh, Madhya Pradesh and Odisha, deforestation due to mining has caused severe land degradation.
In states such as Gujarat, Rajasthan, Madhya Pradesh and Maharashtra, overgrazing is one of the main reasons for land degradation.

Question. How does migration affect the environment?
Answer. Migration affect or alter the environment in many places whether it is place of destination where a person wants to go to or the place of origin where a person belongs to.
Researches from many locations have shown that deforestation and land degradation may occur in destination areas due to migration and alteration of land use patterns by the migrants.
For example, they build new houses by clearing vegetation or forest cover and use water resources and also discharge households and industrial wastes into water. Displaced people due to conflict lack the most basic necessities and rely on natural resources for their survival. Unsustainable use of natural resources can lead to environmental degradation. Due to large number of migrants, pollutants are released in the environment at large scale in the form of air, water, land and noise pollutions.

Question. What is migration? Which factors are responsible for migration? State in brief.
Answer. Movement of people from one place to another is called migration.
Factors which are responsible for migration are
– High demand for labour in urban areas.
– Low job opportunities in rural area.
– Unbalanced pattern of development between urban and rural area.
– Poor people usually prefer to settle in mega cities for their livelihood. The reason for this is that smaller and medium cities and directly come to mega-cities for their livelihood.

Question. Explain how noise pollution has become hazardous in many big cities of India?
Answer. Noise pollution has become hazardous in many big cities of India such as Delhi and Mumbai in the following ways
– With the increase in population, the volume of traffic and passengers has increased. This has led to more noise pollution due to vehicular noise.
– More people have become prosperous in the cities. As a result of this, the number of private vehicles such as cars have increased significantly.
This has led to traffic jams during peak hours i.e. in the morning and in the evening when people go to and come from their work places. This has increased noise pollution on the roads.
– Rapid industrialisation in and around the residential colonies has also increased noise pollution due to operation of machinery. Small and cottage industries are operate in the areas near the markets.
– Construction activities have increased to accommodate the ever increasing population in the big cities. These
activities generated too much noise.
– Religious activities, social functions, rallies, etc., create noise pollution particularly in the late hours of the day.

Question. Suggest measures for reduction of land degradation.
Answer. Some measures for reduction of land degradation are
– Treatment of Industrial Wastewater Industrial wastewater should be treated properly before discharging into rivers as this river water when used for irrigation may cause land pollution because the toxic elements present in the river water may infiltrate into the soil.
After proper treatment, this water can also be used for irrigation.
– Convert Wastes into Resource Wastes generated from households and industries should be treated as resource and utilised for generating energy and compost. If this waste is not treated properly and dumped on the land,land gets degraded.
– Improve Sanitary Conditions Sanitary conditions can be improved by providing sulabh shauchalayas (toilet facilities) in slums and other areas where there is absence of these facilities. Thus, we can minimise land degradation in such areas.
– Watershed Management Programmes These programmes acknowledge the linkage between land,water and vegetation and attempts to improve livelihoods
of people through natural resource management and community participation. These are helpful in preventing land degradation and improving soil quality.
– Joint Participation of Community and Government There is an urgent need for joint participation of both government and community for reduction of land degradation. 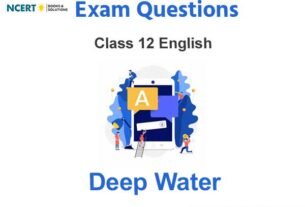 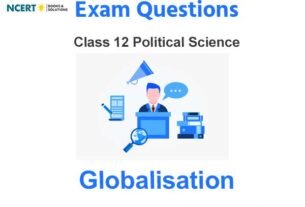 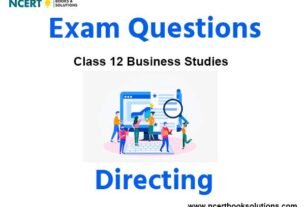