Please refer to Is Matter Around Us Pure Class 9 Science Notes and important questions below. The Class 9 Science Chapter wise notes have been prepared based on the latest syllabus issued for the current academic year by CBSE. Students should revise these notes and go through important Class 9 Science examination questions given below to obtain better marks in exams

Is Matter Around Us Pure Class 9 Science Notes and Questions

The below Class 9 Is Matter Around Us Pure notes have been designed by expert Science teachers. These will help you a lot to understand all the important topics given in your NCERT Class 9 Science textbook.

Refer to Chapter 2 Is Matter Around Us Pure Notes below which have been designed as per the latest syllabus issued by CBSE and will be very useful for upcoming examinations to help clear your concepts and get better marks in examinations.

2. Types of Mixtures
Mixtures can also be grouped on the basis of their physical states:

ii) on the basis of miscibility:

a) on the basis of size of solute particles

Colloidal solution is a heterogeneous mixture. It consists of two phases:-
(i) Dispersed phase : component present in small proportion
(ii) Dispersion medium : component present in large proportion
The particles of colloid are large enough to scatter a beam of light passing through it and make its path visible. Thus, they show Tyndall effect.
The colloidal particles are moving at random in a zigzag motion in all directions.
This type of zig-zag motion of colloidal particles is called Brownian movement.

Saturated Solution A solution which has maximum amount of solute that it can dissolve at a given temperature is known as saturated solution.

6. Physical & Chemical Changes
Physical changes – Changes that do not result in the production of a new substance.

Chemical changes – Changes that result in the production of another substance.

7. Alloys
A material that has metallic properties and is composed of two or more chemical elements of which at least one is a metal .

The benefit of alloys is that you can combine metals that have varying characteristics to create an end product that is stronger, more flexible, or otherwise desirable to manufacturers.

You are expected to know

Question. Name the process by which all dyes present in black ink be recovered.
Ans : Chromatography.

Question. How can you test the purity of a given substance?
Ans : A pure substance always has the same taste, colour or texture at particular temperature and pressure and fixed melting or boiling point. For example : Pure water boils at 100°C but if it has some impurities then water boils at a temperature above 100°C.

Question. What is decantation? Explain.
Ans : Decantation is the process of separating insoluble solids from liquids. A suspension of solid particles in a liquid is allowed to stand for sometime. Insoluble solid particles settle down at the bottom due to their weight. This is called sedimentation. The clear liquid is then transferred into another container, without disturbing the settled particles. In other words, clear liquid is decanted and separated from solid.

Question. Give an example of a liquid and liquid type solution.
Ans : Vinegar is a mixture of acetic acid and water.

Question. A system which have same properties throughout is called-
Ans : Homogeneous.

Question. Define dispersion medium.
Ans : It is the component which is present in excess and acts as a medium in which colloidal particles are dispersed.

Question. A colloid which have liquid as dispersed phase and solid as dispersion medium called-
Ans : Gel.

Question. The component of solution that is present in smaller proportion
Ans : Solute.

Question. (i) State the principle of the process of centrifugation.
(ii) List any three applications of centrifugation.
Ans : (i) Centrifugation is the process of separating suspended particles from a liquid like colloids by churning the liquid at a high speed. The principle is that denser particles are forced to the bottom and lighter stay at the top when spun rapidly.
(ii) Applications of centrifugation :
(a) Used in dairies and homes to separate cream from milk or butter from cream.
(b) Used in washing machines to squeeze out water from clothes.
(c) Used in laboratories to separate colloidal particles from their solutions.
(d) Used in diagnostic labs for blood and urine test.

Question. Write characteristics of compounds.
Ans : Characteristics of compounds :
(i) Compounds are the substances formed by chemical combination of two or more elements.
(ii) The constituent elements are present in a fixed ratio.
(iii) A chemical reaction takes place during the  formation of a compound.
(iv) Properties of a compound are different to those of its elements.
(v) Constituent elements cannot be separated by physical processes.

Question. Naphthalene and sand can be separated by the process of-
Ans : Sublimation.

Question. What is the meaning of ‘Kroma’?
Ans : ‘Kroma’ means colour in Greek.

Question. What is chromatography? What is its advantage over other methods of separation?
Ans : Chromatography is the process to separate different components of a mixture by absorbing over a suitable absorber. The main advantages of this technique is :
(i) It can be used for small amount of mixture.
(ii) Component of mixture do not get wasted.
(iii) Constituent of mixture can be identified apart from separation.

Question. Define the term Solvent.
Ans : Component of solution that is present in the larger proportion and dissolves the other substance is called Solvent.

Question. What is condenser?
Ans : It is an apparatus which converts gas into liquid by cooling it.

Question. Define the term heterogeneous.
Ans : A substance that does not have the same properties throughout the mixture is called heterogeneous.

Question. What makes water as a universal solvent?
Ans : Water acts as a universal solution due to :
(i) The polar nature of its molecules.
(ii) Its ability to produce soluble salt on interaction with a large number of substances.

Question. What are two types of matter on the basis of composition?
Ans : Pure substance and mixture.

Question. What is the principle of separation?
Ans : The difference in physical or chemical properties of components of mixture is the basis of separation.

Question. Milk of Magnesia is a-
Ans : True solution.

Question. Name of process used to separate liquids which have difference in boiling points of less than 25°C—
Ans : Fractional distillation.

Question. Name the process by which pure copper sulphate can be obtained from its impure sample.
Ans : Crystallization.

Question. Define the term heterogeneous.
Ans : A substance that does not have the same properties throughout the mixture is called heterogeneous.

Question. Define Chromatography.
Ans : The process of separation of different dissolved constituents of a mixture by absorbing them over an appropriate absorber is called, Chromatography.

Question. Write the name of any two compounds which sublime on heating.
Ans : Ammonium chloride and iodine.

Question. What is the meaning of ‘concentration of solution’?
Ans : The relative amount of solute and solvent present in a given quantity of the solution is known as the concentration of a solution.

Question. Name a metal which is liquid at room temperature.
Ans : Mercury.

Question. An element made up of only one type of—
Ans : Atom.

Question. Give two examples of colloids from your daily life.
Ans : Milk and fog. 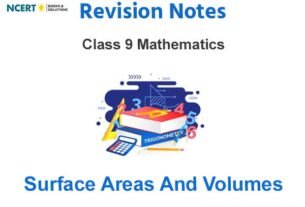