Please refer to Atoms and Molecules Class 9 Science Notes and important questions below. The Class 9 Science Chapter wise notes have been prepared based on the latest syllabus issued for the current academic year by CBSE. Students should revise these notes and go through important Class 9 Science examination questions given below to obtain better marks in exams

The below Class 9 Atoms and Molecules notes have been designed by expert Science teachers. These will help you a lot to understand all the important topics given in your NCERT Class 9 Science textbook.

Refer to Chapter 3 Atoms and Molecules Notes below which have been designed as per the latest syllabus issued by CBSE and will be very useful for upcoming examinations to help clear your concepts and get better marks in examinations.

Limitation of “Law of definite proportion”
This law does not hold good when the compound is obtained by using different isotopes of the combining elements.

2. John Daltons Atomic Theory
Using his theory, Dalton rationalized the various laws of chemical combination which were in existence at that time. However, he assumed that the simplest compound of two elements must be binary.

3. Atoms, Molecules, Ions & Chemical Formula
Atom
An atom is the smallest particle of an element which can take part in a chemical reaction. It may or may not exist freely.

Each atom of an element shows all the properties of the element.

Molecule
The smallest particle of matter (element or compound) which can exist in a free state.

Symbols of some elements are derived from their Latin names

Valency : The number of electrons which an atom can lose , gain or share to form a bond.

It is the combining capacity of an atom of the element.

4. Mole Concept
The mole (mol) is the amount of a substance that contains as many elementary entities as there are atoms in exactly 12.00 grams of 12C12C

ATOMIC MASS UNIT
An atomic mass unit or amu is one twelfth of the mass of an unbound atom of carbon-12. It is a unit of mass used to express atomic masses and molecular masses.
Also Known As: Unified Atomic Mass Unit (u).

Question. How can Dalton’s atomic theory explain the Law of Constant Proportions?
Ans : According to Dalton’s atomic theory, atoms of the same elements are same. Also atoms combine in whole number. This means that the atoms can combine with each other in a simple fixed ratio to form molecules.

Question. What is ion?
Ans : An ion is a charged particle. It can be positive or negative.

Question. What do you mean by symbols of elements?
Ans : Each element is represented by a letter or group of two letters to write the chemical reactions conveniently. It is called symbol.

Question. An element has 8 electrons in its valence shell. What is its general name?
Ans : Noble gas.

Question. Name the two laws of chemical combination.
Ans : Law of conservation of mass and law of constant proportions.

Question. Which organisation approves the names of elements all over the world?
Ans : International Union of Pure and Applied Chemistry (IUPAC).

Question. Write the chemical symbols of two elements which are formed from the first letter of the elements’ name.
Ans : N (Nitrogen),   F (Fluorine),   I (Iodine),    O (Oxygen) (any two).

Question. What is the atomicity of argon?
Ans : Mono atomic.

Question. How does an atom exist?
Ans : Atom exists in the form of atom, molecule or ions.

Question. State the law of conservation of mass.
Ans : This law states that the mass can neither be created nor destroyed in a chemical reaction. That is ‘bass of reactants is always equal to mass of products.

Question. What is Avogadro Constant?
Ans : The number of particles present in one mole of any substance is fixed with a value of 6.022 × 1023.

Question. What is the full form of IUPAC?
Ans : International Union of Pure and Applied Chemistry.

Question. Give two drawbacks of Dalton’s atomic theory.
Ans : Drawbacks of Dalton’s atomic theory :
(i) According to modern theory, atom is not the ultimate indivisible particle of matter. Atoms are divisible, i.e., they are themselves made-up of particles (protons, electrons, neutrons, etc.).
(ii) The assumption that the atoms of the same element have same mass does not hold good, in case of isotopes of an element.

Question. What are molecules? Give brief explanation of the arrangement of the constituent atoms in the molecules.
Ans : A molecule is the smallest particle of an element or compound which is stable in normal conditions. And it can freely show all the properties of that element or compound. It may be made up of one, two or more atoms. Molecule with one atom called monoatomic. E.g. helium, neon, etc. Molecule with two atoms called diatomic. E.g.
Cl2, O2. Similarly, there are molecules containing three atoms (CO2), four atoms (P4) and so on.

52. What did Antoine L. Lavoisier observe regarding the formation of compound?
Ans : He noted that many compounds were composed of two or more elements. Each compound had the same elements in the same proportions.

Question. Define one mole, give its relationship with Avogadro constant.
Ans : One mole of any species (atoms, molecules, ions or particles) is that quantity in number having a mass equal to its atomic or molecular mass in grams. The number of particles (atoms, molecules or ions) present in 1 mole of any substance is fixed, with a value of 6.022 × 1023. This number is called Avogadro constant or Avogadro number.

Question. Name the element which is used as the reference for atomic mass.
Ans : Carbon.

Question. What are polyatomic ions? Give two examples.
Ans : A group of atoms having a charge is known as polyatomic ion.
Examples : (NH4)+ (SO4)2–

Question. What is meant by the term chemical formula?
Ans : The chemical formula of a compound is a symbolic representation of its composition and actual number of atoms in one molecule of a pure substance may be an atom or a compound

Question. Name the instrument which produces image of the surface of element that shows atoms.
Ans : Scanning tunnelling microscope.

Question. Why atoms form ions?
Ans : Atoms get stability by acquiring the stable electronic configuration of the nearest noble gas for which either they lose electrons or gain electrons and thus acquire noble gas configuration.

Question. What is the difference between an atom and molecule?
Ans : An atom is the smallest particle of an element which may or may not have independent existence. For example : Na, Al, Fe, etc. Molecule is the smallest particle of the element or compound which can exist independently. For example : O2, H2, N2, etc. 25. Name two elements which have same atomic number. Ans : Two elements cannot have the same atomic number.

Question. What is molar mass? What are its units?
Ans : The mass of one mole of a substance is called its molar mass. Its unit is gram per mole (gmol–1).Question. Give an example in each of the following cases :
(i) a divalent anion
(ii) a trivalent cation
(iii) a mono-valent anion.
Ans : (i) O2– (ii) Fe3+ (iii) I–

Question. Give the postulates of Dalton’s atomic theory.Ans : Every element is composed of extremely small particles called atoms. Atoms of a given element are identical, both in mass and properties. Different chemical elements have different kinds of atoms; in particular, their atoms have different masses.
Atoms cannot be created, destroyed or transformed into atoms of other elements. Compounds are formed when atoms of different elements combine with each 115.

Question. Write the chemical symbols of two elements which are formed from the first letter of the elements’ name.
Ans : N (Nitrogen),   F (Fluorine),   I (Iodine),    O (Oxygen) (any two).

Question Give the derivation source of symbol of sodium (Na).
Ans : The symbol of ‘Na’ for sodium is derived from its Latin name ‘Natrium’.

Question. Give the full form of amu?
Ans : The full from of amu is atomic mass unit.

Question. Write the symbols of tungsten and iron.
Ans : (i) Tungsten (W) and
(ii) Iron (Fe)

Question. What are molecules? Give brief explanation of the arrangement of the constituent atoms in the molecules.
Ans : A molecule is the smallest particle of an element or compound which is stable in normal conditions. And it can freely show all the properties of that element or compound. It may be made up of one, two or more atoms. Molecule with one atom called monoatomic. E.g. helium, neon, etc. Molecule with two atoms called diatomic. E.g.
Cl2, O2. Similarly, there are molecules containing three atoms (CO2), four atoms (P4) and so on.

Question. What is meant by a molecule? Give examples.
Ans : A molecule is the smallest particle of an element or a compound capable of independent existence under ordinary conditions. It shows all the properties of the substance, e.g., molecule of oxygen is O2, ozone is O3, phosphorus is P4, sulphur is S8, etc.

Question. What do we get if 3 atoms of oxygen unite into a molecule, instead of usual 2 ?
Ans : We get (O3) ozone.

Question. Define atomicity.
Ans : The number of atoms present in one molecule of an element or a compound is known as its atomicity.

Question. Give difference between 2H and H2.
Ans : 2H indicates 2 atoms of hydrogen and H2 indicates one molecule of hydrogen. 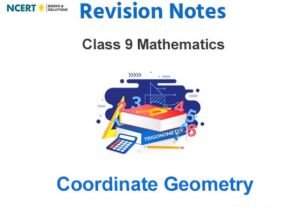 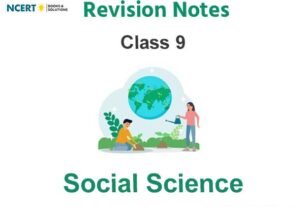