Government Budget and The Economy Class 12 Economics Notes and Questions

The below Class 12 Government Budget and The Economy notes have been designed by expert Economics teachers. These will help you a lot to understand all important topics given in your NCERT Class 12 Economics textbook.

Question. Define tax.
Ans. Tax is a legal compulsory payment given to the government without any direct benefit to tax payer.

Budgetary deficit is financed by government through RBI. The central bank prints new currency and lends to government which is called deficit financing.

Question. What is revenue deficit and what are its implication?
Ans. It refers to excess of revenue expenditure over revenue receipts of the government during a year.
Revenue Deficit=Revenue Expenditure-Revenue Receipts
Implications
1. Revenue deficit indicates that government is unable to meet its recurring nature expenditure proposed in the budget.
2. Revenue deficit measures dissaving of government which is financed through use of capital receipts i.e. either by borrowings or from sale of assets.
3. If government borrow to meet consumption expenditure, then it may lead to inflation in the economy.

Question. What do you mean by fiscal deficit? What is its implication? How is it financed?
Ans. It refers to excess of total budgetary expenditure over total budgetary receipts other than borrowings of the government in a year.
Fiscal Deficit=Total Budgetary Expenditure-Total Budgetary Receipts
(Excluding borrowings)
Fiscal deficit can be financed from following two sources: –
1. Fiscal deficit can be financed either through internal borrowings like public, banks, etc. or from external borrowings like foreign banks, world bank, etc.
2. Government may also borrow from central bank to finance fiscal deficit. For this, central bank prints new currency and offer loan to the government.

Implications
1. Debt Trap: Fiscal deficit measures total borrowings required by the government for budgetary expenditure. But it increases liability of repayment of loan along with interest in future. So, payment of interest increases revenue expenditure which will further increase deficits and may increase need of loan for such deficit. Thus, economy may have to face the problem of debt trap.
2. Inflation: If government borrow from central bank by printing new currency to incur budgetary expenditure then, it will lead to inflationary situation in the economy.
3. Foreign dependence: Borrowings by government from other countries will increase foreign dependence of domestic country.

Question. Explain various objectives of government budget.
Ans. 1. To reallocate resources: One of the main objectives of government budget is to reallocate the resources in accordance with economic priority i.e. profit maximization and social priority i.e. public welfare. Government can influence the allocation of resources through tax concession or subsidies.
Eg., To encourage the investment in necessary goods, government can provide subsidies but to discourage production of harmful goods like cigarette or liquor, government imposes heavy taxes.
2. To redistribute income and wealth: Through budgetary policy, government also aims for redistribution of income and wealth. Government has the objective to reduce inequalities of the income and wealth between rich and poor people. So, government impose high taxes on rich people through progressive tax system and spends on the welfare of worker section of society to increase the living standard.
3. To maintain economic stability: Government also try to prevent business fluctuation of inflation or deflation and aims to maintain economic stability along with full employment. So, government may surplus budget in case of inflation and deficit budget in case of deflation in the economy.
4. To attain high economic growth rate: Economic growth rate of a nation i.e. increase in GDP depends upon rate of savings and investment. Thus, government ensure enough resource for investment in public sector. So, through budgetary policy, government encourage people to increased rate of savings.

We hope you liked the above Economics Government Budget and The Economy Class 12 Economics Notes. If you have any queries please put them in the comments section below. Our faculty will provide a response. 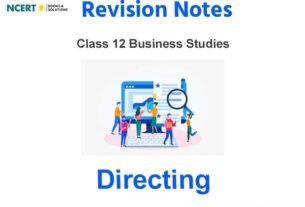 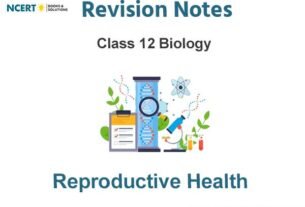