Class 11 Economics students should read and understand the important questions and answers provided below for Indian Economy (1950 – 1990) which will help them to understand all important and difficult topics.

Question. Explain “growth with equity” as planning objective.
Ans. Growth refers to the increase in GDP over a long period of time Equity refers to an equitable distribution of GDP so that the benefits due to higher economic growth are shared by all sections of population. Growth in itself does not guarantee the welfare of people. Hence, growth with equity is a rational and desirable objective of planning. This is not only leads to reduction of inequality of income but also enables everyone to be self-reliant.

Question. Are self –Reliance and self-sufficiency the same? Explain.
Ans. No. Self-reliance is the ability to meet one’s own –development needs. An economy must have enough resources or foreign exchange to purchase all inputs required for production. If they are not available within the country. This is so because n economy can be self-sufficient, i.e. produce everything within the country, as costs may be high. It may be cheaper and better to purchase certain inputs from others ountries, For this , an economy needs to have enough foreign exchange. This is self-Reliance. So, while it is good to be self- sufficient, it is not the best way to develop. It is more desirable to be self- reliant.

Question.“Subsidies provide an incentive for wasteful use of resources”. Do you accept/reject? Justify your answer.
Ans. Yes, Subsidies provide an incentive for wasteful use of resources, if they are provided free or at a subsidized rate, then they will be used wastefully i.e. without any concern for the scarcity of say water/ Electricity. Fertiliser and pesticide subsidies lead to overuse of resources like land. This inturn can be  armful to the environment. So in this way provision of subsidies may cause more than benefit, if not properly used.

Question. Why are HYV seeds called ”miracle seeds”?
Ans. High Yielding Variety of seeds were developed by the Nobel Laureate Dr. Narman Barlauf in Mexico. These seeds are more productive and need regular and adequate irrigation facilities along with greater use of fertilizers and pesticides. HYV seeds grow faster than the normal seeds and crops can be harvested in a much shorter time-period.

Question. What is import substitution policy? Why it was introduced in India?
Ans. Import substitution policy aimed at replacing or substituting imports with domestic production. For example, instead if importing vehicles from abroad, the industries were encouraged to produce them in India itself. It was introduced in India because the government wanted to protect the domestic industries from foreign competition. It was assumed that if domestic industries are protected, they will learn to compete in the course of time.

Question. While subsidies encourage farmers to use new technology, they are a huge burden on government finances. Discuss the usefulness of subsidies in the light of this fact.
Ans. The following arguments are given in favour of subsidy:
a. Subsidy is generally provided to the poor farmers with the motive of reducing inequality of income between rich and poor farmers.
b. Subsidy was basically an incentive for the farmers to adopt modern techniques and vital inputs like fertilizers, HYV seeds etc. The subsidy was provided so that the farmers might not hesitate to use modern techniques.
c. Subsidy is very important for marginal land holders and poor farmers who cannot avail the essential farm inputs at the ongoing market rate.
The following arguments are given against subsidy:
a. Subsidies are also given to the farmers who do not need them. This often leads to the misallocation of the scarce resources.
b. It is generally argued that subsidy favours and benefits fertilizer industries more than the farmers.
c. Subsidies may lead to the wastage of precious resources. Hence, we can conclude that although subsidies are useful and necessary for poor farmers they put an excessive burden on the scarce finances of the government. Allocation of subsidies to the farmers who need it most is required.

Question. What is a planned democracy?
Ans. A Planned democracy is the one in which people elect their representatives who take decisions tas to how to use the nation’s resources with the help of planning.

Question. Why should plans have goals?
Ans. While a plan specifies the ways and means to allocate scarce resources to achieve proposed targets, goals are the ultimate targets, the achievement of which ensures the success of plans.

Question. What has been the impact of Self-reliance on Indian economy?
Ans. Impact of self-reliance on the Indian economy: Self –sufficiency in food grains.
Decline in foreign aid and reduced dependence on imports owing to growth in domestic production .
Progress in exports.
Rise in contribution of industries to GDP.

Question. Explain the policy of “land to the tiller” and its benefits
Ans. The ownership of land provides incentives to the tiller of the land t invest in making improvements, provided sufficient capital is made available to them.
They take more interest since they make profit from the increased output which is not shared by anyone.
The importance of ownership in providing incentives to farmers is illustrated by the carelessness with which farmers in the former Soviet Union used to pack fruits for sale. Rotten fruits were packed along with fresh fruits in the same box since it did not affect them if the goods were not sold.

Question. Explain how tariffs and quotas protect the domestic industry?
Ans. Tariffs are tax imposed on imported good. They make imported goods more expensive, thus, discouraging their use. Quotas specify the quantity of goods which can be imported, thus restricting the import of foreign goods.

We hope you liked the above provided Indian Economy (1950 – 1990) Class 11 Economics Exam Questions. If you have any further questions please put them in the comments section below so that our teachers can provide you an answer. 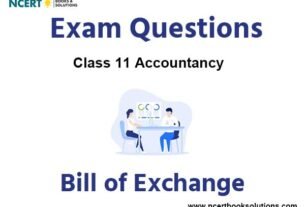