Class 10 Computer Science students should read and understand the important questions and answers provided below for Internet Basics which will help them to understand all important and difficult topics.

Question: How do Internet help us?
Answer: Internet can be useful for us in following ways
(i) Allows organisations to advertise their products.
(ii) Provides information.
(iii) Easily communicate with other people.
(iv) Save paper as we can publish documents on the Internet.

Question: What is MODEM?
Answer: MODEM stands for MOdulator/DEModulator. It is a hardware device that enables a computer to send and receive information over telephone lines by converting the digital data used by your computer into an analog signal used on telephone lines and then converting back once received on the other end.

Question: Discuss the role of web servers and web clients briefly.
Answer: Web server is a computer program that serves requested HTML pages or files from the web client. Every web server that is connected to the Internet is associated with a unique address, i.e. IP address.
Web client is a computing term which describes special program designed as a user interface, through which messages are sent to a web server.

Question: What is digital subscriber line?
Answer: Digital Subscriber Line (DSL) is a popular broadband connection which provides Internet access by transmitting digital data over the wires of a local
telephone network. It uses the existing copper telephone lines for Internet access. A special modem is necessary in order to be able to use a DSL service over a standard phone line.

Question: What are the types of URL?
Answer: URLs vary depending on the location of the document to which user will link.
Basically, URLs fall into two categories
(i) Absolute URL It specifies the exact location of a file/directory on the Internet. Absolute URL identifies that each URL is unique, which means that if two URLs are identical then they point to the same file.
(ii) Relative URL It points to a file/directory in relation to the present file/directory. It locates a resource using an absolute URL as a starting point. It typically consists of the path and optionally, the resource but no scheme or no server.

Question: What is the full form of URL ?
Or What is URL ?
Answer: URL stands for Uniform Resource Locator, which is simply an address of a document on the web, more accurately, on the Internet. It specifies the Internet address of a file stored on a host computer connected to the Internet.

Question: Mr. Lal owns a factory which manufactures automobile spare parts. Tell him about the web page and also suggest the advantages of having a web page for this factory.
Answer: The backbone of the World Wide Web is made up of files or documents called web pages, that contains information and links to resources both text and multimedia.
The web page provides the information to the clients about his factory of spare parts. Moreover, he can receive the order on the Internet from the clients using the web page.

Question: What is WWW?
Answer: WWW (World Wide Web) is a system of Internet servers that supports hypertext and multimedia to access several Internet protocols on a single interface.

Question: Define Internet and write its two uses in our daily life. How is it different from the World Wide Web
Answer: Internet is a world wide system of computer networks,i.e. network of networks. Through Internet, computers become able to exchange information with each other and find diverse perspective on issues from a global audience.
Two uses of Internet are as follows
(i) E-commerce (auction, buying and selling products).
(ii) Social networking sites (facebook, twitter, etc).
Difference between www and Internet is WWW It is just a common point of connectivity for information sharing that is facilitated by a global network of computers.
Internet It is a connection between computers and countless other devices that form a huge network of systems.

Question: Write a short note on HTML.
Answer: HTML is a markup language used for designing web pages. A markup language is a set of markup (angularbracket, < >) tags, which tell the web browser, how to display a web page’s words and images for the user.

Question: What is DNS and also explain its functions?
Answer: DNS stands for Domain Name System. It is a hierarchical distributed naming system for computers, services or any resources connected to the Internet or a private network.
It associates various information with domain names assigned to each of the participating entities.
The different functions of DNS are as follows
(i) It translates meaningful domain names into the numerical IP addresses, which is needed for the purpose of locating computer services and devices
world wide.
(ii) It serves as the phone book for the Internet by translating human friendly computer host names into IP addresses.
(iii) The DNS can be quickly updated, allowing a service’s location on the network to change without affecting the end users.
(iv) It distributes the responsibility of assigning domain names and mapping those names to IP addresses by designating authoritative names servers for each domain.
(v) It also specifies the technical functionality of database service. It defines the DNS protocol, a detailed specification of the data structure and data
communication exchanges used in DNS, as part of the Internet Protocol Suite (IPS).

Question: Why is Internet called ‘Network of Networks’?
Answer: Internet is called ‘Network of Networks’ because it is global network of computers that are linked together by cables and telephone lines making communication possible among them. It can be defined as a global network over a million of smaller heterogeneous computer networks. The network which consists of thousands of networks spanning the entire globe is known as Internet.
The Internet is a world wide collection of networked computers, which are able to exchange information with each other very quickly.
Mostly people use the Internet in two ways, E-mail and World Wide Web. In Internet, most computers are not connected directly, they are connected to smaller networks, which in turn are connected through gateways to the Internet backbone. A gateway is a device that
connects dissimilar networks. A backbone is central
interconnecting structure that connects one or more
networks.

Question: Explain some popular graphical web browsers.
Answer: Some popular graphical web browsers are as follows
(i) Netscape It was introduced in 1994. Netscape comprises the major portion of the browser’s market.
(ii) Internet Explorer (IE) It is a product of Microsoft.
This is the most commonly used browser in the world. This was introduced in 1995 alongwith Windows 95 launch and it has passed Netscape
popularity in 1998.
(iii) Firefox It is a new browser derived from Mozilla. It was initially released in 2002 and has grown to be the second most popular browser on the Internet.
(iv) Safari It is a web browser developed by Apple Incorporation and included in Mac OS X. It was first released as a public beta in January 2003. Safari
provides good support for latest technologies like XHTML, CSS2 etc.
(v) Google Chrome This web browser was developed by Google.
Its beta and commercial version was released in September 2008 for Microsoft Windows.
(vi) Opera It was initially released in 1995. It is smaller and faster than most other browsers, yet it is fully featured. It is the most popular mobile web browser.

Question: Write a detailed note on working of Internet.
Answer: The computers on the Internet are connected to each other through small networks. These networks are connected through the gateways to the Internet backbone.
All computers on the Internet, communicate with one another using TCP/IP, which is a basic protocol of the Internet.
TCP/IP (Transmission Control Protocol/Internet Protocol) manages the transmission of data/file/document on the Internet by breaking the data/file/document into small pieces or parts called packets or datagrams.
Each packet contains actual data and address part, i.e. addresses of destination and source upto 1500 characters.
Functioning of TCP and IP are as follows TCP It breaks message into smaller packets that are transmitted over the Internet and also reassembles these smaller packets into the original message that are received from the Internet.
IP It handles the address part of each packet, so that the data is sent to the correct address. Each gateway on the network check this address to see where to forward the message.

Question:  How did the Internet begin?
Answer: In 1969, the University of California at Los Angeles and the University of Utah were connected with the beginning of the ARPANET (Advanced Research Projects Agency NETwork) using 56 kbit/s circuits,which is sponsored by U.S. (United States) Department of Defense (DoD). The goal of this project was to connect computers at different Universities and U.S. defense.
In mid 80’s another federal agency, the National Science  Foundation (NSF) created a new high capacity network called NSFnet (National Science Foundation network),which was more capable than ARPANET. The only drawback of NSFnet was that it allowed only academic research on its network and not any kind of private business on it.
Now, several private organisations and people started working to build their own networks, named private networks, which were later (in 1990’s) connected with ARPANET and NSFnet to form the Internet. The Internet really became popular in 1990’s after the development of World Wide Web (WWW).

Question:  Which protocol is the communication protocol for the Internet? Also, explain this protocol.
Answer: TCP/IP is the communication protocol for the Internet.
It defines the rules, computers must follow to communicate with each other over the Internet. The TCP/IP is a protocol used with E-mail transmission.
Infact, it is a set of protocol, i.e. TCP and IP.
TCP is a protocol, which is responsible for finding path for the destination. It also splits the message into several datagrams, if it does not fit in one datagram. Therefore,these datagrams are sent through different alternate pathstowards the destination. The TCP makes sure that the datagram arrives at the destination correctly.
IP (Internet Protocol) used by the Internet for transferring messages from one machine to another. The messages are sent in the form of packets. IP defines the packet structures that encapsulate the data to be delivered. It also defines addressing methods that are used to label the datagram with source and destination format.

Question:  Read the following paragraph. Find six network and communication related abbreviations and give their expanded form alongwith a single-line definition of each of them.
The RBI is planning to expand its connectivity with all major banks of India. The plan includes providing TCP connectivity through HTTP for easy access points and seeks help from some ISPs to join hands in this venture.
Also, there is a plan to set-up IIS and SMTP servers. Some banks will go for ADSL line while others will use leased line connectivity to access these services.
The RBI is also taking help of IIT professors in this venture.
Answer: Six network and communication related abbreviations are as follows
(i) TCP (Transmission Control Protocol) A protocol developed for the Internet to get information from one network device to another.
(ii) HTTP (HyperText Transfer Protocol) A protocol that transmits hypertext over networks. This is the protocol of the web.
(iii) ISP (Internet Service Provider) An organisation that provides access to the Internet through various connectivity methods.
(iv) IIS (Internet Information Server) It is a Microsoft proprietary web server software.
(v) SMTP (Simple Mail Transfer Protocol) It distributes E-mail messages and attached files to one or more electronic mail boxes.
(vi) ADSL (Asymmetrical Digital Subscriber Line) A data communication technology that enables faster data transmission over copper telephone lines than a conventional voice band modem can provide.

We hope you liked the above provided Internet Basics Class 10 Computer Science Exam Questions. If you have any further questions please put them in the comments section below so that our teachers can provide you an answer. 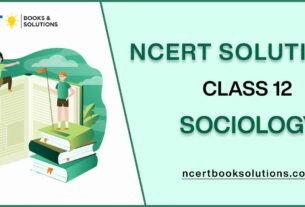 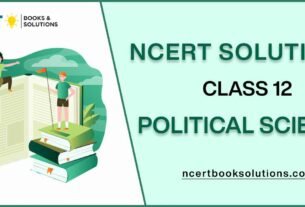