The below Class 7 Introduction of Computers notes have been designed by expert Computers teachers. These will help you a lot to understand all the important topics given in your NCERT Class 7 Computers textbook.

Refer to Chapter Introduction of Computers Notes below which have been designed as per the latest syllabus issued by CBSE and will be very useful for upcoming examinations to help clear your concepts and get better marks in examinations.

Computer is a programmable electronic device designed to accept data, perform prescribed mathematical and logical operation at high speed and display the result of these operation.

Data: Data is raw facts and figures, in other word; raw material which is not meaningful is called data. Data is not processed it does not form meaningful information.
Example: Taj Mahal, Shahajahan, 1632.

Information: Data represented in useful form is called information. It is the raw material that is processed to form meaningful information.
Example: Taj mahal was built by shahajahan in 1632.

The data after being processed becomes information. Conversion of data into information is called data processing.

1. First calculating device: Abacus was invented by Mesopotamians in around 3000 BC. It consists of beads on movable rods divided into two parts.
By using the place value of digits and position of beads in an Abacus , Addition & multiplication of numbers were performed. The Chinese further improved the abacus so that calculation could become easier.

3. Later using the technology of Blaise Pascal, Gattfried Leibnitz in 1673 invented first calculator for multiplication and division. The multiplication was performed by repetitive addition of numbers.

4. Charles Babbage is called as the father of modern computer. He designed a “Difference Engine” in 1822 which could calculate various mathematical function like solving polynomial. In 1833, he designed Analytical Engine which could perform arithmetical operation (Addition, Subtraction, Division, Multiplication) and comparison.
Charles Babbage was unable to produce the making model of Analytical engine because of the unavaibility of engineering required to manufacture the machine at that time. But later it proved to be the basis of modern computer.

7. Mark I computer(1944): Mark I computers, also known as Automatic Sequence Controlled Calculator.
– It is first fully automatic calculating machine .
– Designed by Howard Aiken in collaboration with IBM.
– It was an electro mechanical device based on technique of punched card.

8. ENIAC Electronic Numerical Integrator And Calculator (1943-1946 ):
– It is the First electronic computer.
– It was developed by professor J Presper Eckect and John Mauchly.
– In this Diode and Triode were used as a switch.
– The main drawback of ENIAC was to change the program, as its program was wired.
– Later Dr Jhon Von Neumann introduced “stored programme concept” to overcome this problem.

11.  UNIVAC UNIVersal Automatic Computer (1951):
– It is First digital computer
– First computer that was commercially available for business and scientific application.
– First business use was by general Electric Corporation in 1954. After the success of UNIVAC I the IBM entered into in field of computer with IBM 701 computer.

After the success of UNIVAC I the IBM entered into in field of computer with IBM 701 computer.

1) Computer does not work on itself, it requires set of instructions to be provided, and else computer (Hardware) is waste.
2) Computer are not intelligent, they have to be instructed about each and every step which they have to perform
3) Computers cannot take decisions on its own, one has to program the computer to take an action if some conditional prevail.
4) Computers, unlike humans cannot learn by experience.

CPU (Central Processing Unit)
The CPU is considered the brain of the computer. It controls all parts of the computer including data processing (like storing data, retrieving data, executing data).

Control Unit
It performs all tasks except the data processing acts . It obtains the instructions from the memory, intercepts it and directs the following operation. It also communicates with the input and output devices. It is regulates the transfer of data.

Memory Unit
The computer’s memory unit consists of RAM (Random Access Memory) and ROM (read Only Memory). The RAM first gets instructions which then passes to the processor which processes and sends back. The Random access memory is also called as Read/Write memory, which is the temporary memory of a computer. The ROM is a special memory which is read only memory, writing and erasing is not possible by user without specialized equipment. Read only memory can be manufacturer-programmed or user-programmed only. 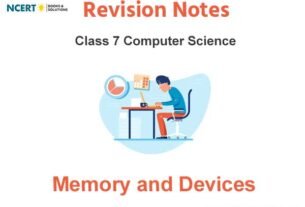 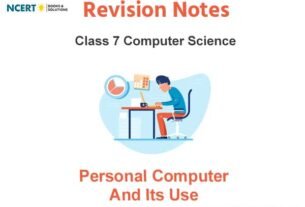 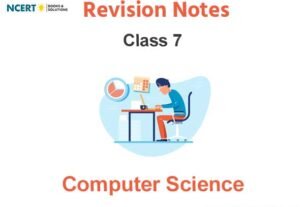