Class 10 Madam Rides the Bus Summary will help you to make your preparation better in solving the extra and inside questions that are asked in board exams. It will also help in understanding the chapters correctly as they will contain the significant focuses for revision purposes in brief time frames.

In this story, the author tries to present a world as seen from a child’s perspective. The main character of this story is an eight year old girl who lives near a bus stop in a village. For major part of the day, she enjoys standing in her doorway; watching frenetic activities at the bus stop. Valli develops a desire to enjoy a ride on the bus but she needs to plan meticulously to realize her dream. She has to curtail her expenses so that she can save enough money for two-way fair. She also has to make the journey during the time when her mother takes afternoon nap. While on her journey, Valli does not want anybody’s help and wants to feel independent. She enjoys every bit of her journey to the town. But she is careful enough not to get off the bus in the unknown environs of the town. On her return journey, a sad accident spoils her mood and she just keeps to herself throughout the journey. She does not seem to be satisfied with one ride and wishes to make another attempt in future. She is also quite mischievous when she is sure that her mother did not know about her journey.

Day after day she watched the bus, and gradually a tiny wish crept into her head and grew there: she wanted to ride on that bus, even if just once. This wish became stronger and stronger until it was an “overwhelming desire. Valli would stare wistfully at the people who got on or off the bus when it stopped at the street corners. Their faces would kindle in her longings, dreams and hopes. If one of her friends ride the bus and tried to describe the sights of the town to her, Valli would be too jealous to listen to tug shout, in English: ‘ Proud! Proud” Neither she nor her friends really understood the meaning of the word but they used it often as a slang expression of disapproval.

Question. What was Valli’s ‘tiny wish’?
Ans. Valli’s tiny wish was to travel by bus.

Question. What would Valli wistfully stare at?
Ans. She would stare wistfully at the people who got on or off the bus.

Question.  When were Valli’s longings, hopes and dreams kindled?
Ans. The sight of the bus passengers would kindle in her longings, dreams and hopes.

Question. When would Valli be jealous?
Ans. She felt jealous when one of her friends described the sights of the town to her.

Question. Find a word from the passage which means ‘excite’.
Ans. ‘Kindle.’

The bus rolled on now cutting across a bare landscape, now rushing through a tiny hamlet or past an odd wayside shop. Sometimes the bus seemed on the point of gobbling up another vehicle that was coming towards them or a pedestrian crossing the road. But lo! somehow it passed on smoothly leaving all obstacles safely behind. Trees came running towards them but then stopped as the bus reached them and simply stood there helpless for a moment by the side of the road before rushing away in the other direction.

Question. From which story have these lines been taken?
Ans. These lines have been taken from the story, ‘Madam Rides the Bus.’

Question. What did the bus pass by?
Ans. The bus passed by a bare landscape, a tiny hamlet or an odd wayside shop.

Question. Find a word from the passage which means ‘village’.
Ans. Hamlet

Suddenly Valli clapped her hands with glee. A young cow, tail high in the air, was running very fast, right in the middle of the road, right in front of the bus. The bus slowed to a crawl, and the driver sounded his horn loudly again and again. But the more he honked, the more frightened the animal became and the faster it galloped—always right in front of the bus. Somehow this was very funny to Valli. She laughed and laughed until there were tears in her eyes.

Question. What did the bus driver do when there was a cow on the road ahead of him?
Ans. He sounded the horn loudly again and again.

Question. What was the effect of honking of the horn on the cow?
Ans. The cow was more frightened and it ran faster.

Her first journey—what careful, painstaking, elaborate plans she had to make for it; she had thriftily saved whatever stray coins came her way, resisting every temptation to buy peppermints, toys, balloons, and the like, and finally she had saved a total of sixty paise. How difficult it had been, particularly that day at the village fair, but she had resolutely stifled a strong desire to ride the merrygo- round, even though she had the money.

Question. Who does ‘her’ refer to in the passage?
Ans. Valli

Question. Where was her first journey made to?
Ans. Town.

Question. How did she save the money for the bus fare?
Ans. She thriftily saved every penny, relisted temptation to buy things for her liking or taking a ride on the merry-go-round.

Question. Why did Valli find the elderly woman absolutely repulsive?
Ans. The elderly woman who was sitting beside Valli in the bus looked absolutely repulsive to Valli. She had big holes in her ears and had ugly earrings in them. She didn’t relish the smell of the betel nut that she was chewing. The betel juice was about to spill over her lips at any moment. She couldn’t be social with such a woman.

Question. What dampened Valli’s enthusiasm during the return journey?
Ans. During her return journey, Valli saw a young cow lying dead by the side of the road. She was the same lovable and beautiful cow that she saw only a little while ago. Now, it looked so horrible and frightening as it lay there. There was a fixed stare in her lifeless eyes and she was smeared with blood. The sight dampened her enthusiasm and she stopped looking outside.

Question. ” Never mind,” she said, “I can get on by myself.” “You don’t have to help me,” said Valli to the conductor. She shows extraordinary courage in making the bus journey all alone. Taking inspiration from Valli’s character, write how the ability and courage to take risk are essential to fulfilling one’s dream. Or Valli nurtures a strong desire to travel by bus and visit the city. She works hard for it and finally, she is successful. Based on this incident, analyse what values of life do you need to nurture to attain your goals in life?
Ans. Valli is an eight-year-old village girl. She is fascinated by the bus that comes to the village every hour. She develops a desire and then a longing turning into a firm determination to ride the bus. She meticulously plans for it and saves money for the bus journey. Then she boards the bus without anyone’s help. She travels all alone, confidently and independently and finally returns home successfully. Her self-dependence and self-respecting nature help her to nurture her goal. She enjoys her journey. Similarly, to achieve goals in life, we need to have such values in us. One should be confident and self-dependent. Proper planning and strong determination lead to success. Enthusiasm and excitement to achieve the goal are also needed to nurture our goals in life.

Question. Justify the statement with instances that Valla was a mature girl and ahead of her age?
Ans. Valli was an eight-year-old village girl. She had no playmates. Her favourite pastime was to stand at the doorstep and watch things and people. She not only satisfied her curiosity but also gained  new experiences. Her strongest desire was to make a bus-ride. She meticulously planned for it — gathered information about the distance, time and ticket money. Showing self-restraint, she resisted the temptation to buy peppermint, toys or a ride on the merry-go-round in order to save 60 paise for the bus journey. She boarded the bus without anyone’s help, refused a free treat by the conductor and didn’t talk to strangers. This shows her commanding, confident and self-dependent nature. This also shows her determination and maturity at such a little age.

Question. Describe Valli’s return journey.
Ans. The bus resumed its return journey. There were the same wonderful sights. Valli enjoyed the scene again. But suddenly she saw a young cow lying dead, by the roadside. It had been struck by a fast moving vehicle. She asked the conductor if it was the same cow they saw earlier. The conductor nodded. Valli became sad. It had been a lovable, beautiful creature just a little ago. But now the cow was without its charm and its life. The bus moved on. The memory of the dead cow haunted Valli. She no longer wanted to see out of the window. She kept sitting on her seat until her village came. She got down and wished the conductor to see him again. The conductor smiled. He told Valli that whenever she felt like riding the bus she could come and join them.

Question. Why does Valli refuse to look out of the window on her way back?
Ans. On her way to the town, Valli laughed heartily to see a young cow running at high speed in the middle of the road just in front of their bus. But on her way back, she saw a young cow lying dead near the road. She asked the bus conductor if it was the same cow that was running in front of the bus. The bus conductor nodded. She was shocked and sad. So she refuses to look out of the window on her way back because what was so beautiful a little while ago now looked so horrible. The memory of the dead cow haunts her. It dampens her enthusiasm.

We hope you liked the above Madam Rides the Bus Summary Class 10. Please let us know if you have any questions in the comments box below. Our teachers will provide a response. 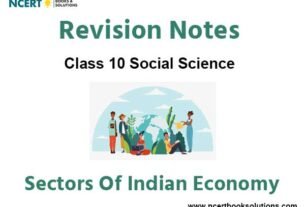 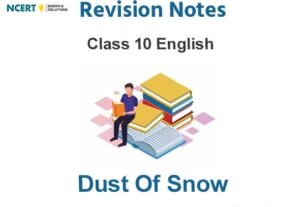 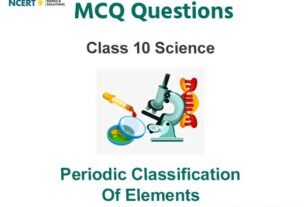