See below Atoms And Molecules Class 9 Science MCQ Questions, solve the questions and compare your answers with the solutions provided below.

Question: Identify the incorrect statement.
a. The building blocks of all matter are atoms.
b. Atoms are very small. They cannot be seen by the naked eye.
c. The size of an atom is expressed in metres.
d. An atom of hydrogen has the radius of the order of 10–10 m.

Question: Which of the following statements is not true about an atom?
a. Atoms are not able to exist independently.
b. Atoms are the basic units from which molecules and ions are formed.
c. Atoms are always neutral in nature.
d. Atoms aggregate in large numbers to form
the matter that we can see, feel or touch.

Question: Elements belonging to different groups of the periodic table are given below. If the element X forms a chloride whose formula is ‘XCl2’ then element ‘X’ belongs to the group whose representative element is
a. Al
b. Na
c. Mg
d. Si

Question: In a science project, Aditya has to make a chart, illustrating various elements and their atomicity.
Aditya decided to show elements of different atomicity by different shapes.

Question: Identify the correct statements.
(i) In a compound such as water, the ratio of the mass of hydrogen to the mass of oxygen is always 8 : 1.
(ii) If 9 g of water is decomposed, 1 g of hydrogen and 8 g of oxygen are always obtained.
(iii) In ammonia, nitrogen and hydrogen are always present in the ratio 3 : 14 by mass.
(iv) Many compounds are composed of two or more elements and each such compound has the same elements in the same proportions.
a. (i) and (iii)
b. (i), (ii) and (iii)
c. (ii) and (iv)
d. All of these

Question: A compound, PQ2 has the following arrangement of electrons :
The elements P and Q are respectively

Question: A sample of pure water, irrespective of its source contains 11.1% hydrogen and 88.9% oxygen. The data supports
a. law of constant proportions
b. law of conservation of mass
c. law of reciprocal proportions
d. law of multiple proportions.

Question. The balancing of chemical equations is in accordance with:
a. Law of combining volumes
b. Law of constant proportions
c. Law of conservation of mass
d. Both b and c

Question. Which of the following is not a postulate of Dalton’s atomic theory:
a. All matter is made up of atoms
b. Atoms are tiny indivisible and indestructive ultimate particles
c. Atoms combine in small whole number ratios to form compounds
d. Atoms of different elements can have the same mass

Question. The combining capacity of an element is called
a. Valency
b. Atomicity
c. Atomic number
d. Valence electrons

Question: Element X has two valencies 5 and 3 and Y has valency 2. The elements X and Y are most likely to be respectively
a. copper and sulphur
b. sulphur and iron
c. phosphorus and fluorine
d. nitrogen and iron.

A mole of an atom is a collection of atoms whose total mass is the number of grams equal to the atomic mass. Since equal number of moles of different elements contain an equal number of atoms it becomes convenient to express the amounts of the elements in terms of moles. A mole represents a definite number of particles viz, atoms, molecules, ions or electrons. This
definite number is called Avogadro number or Avogadro constant which is equal to 6.022 × 1023. Hence a mole represents 6.022 × 1023
particles of the substance. One mole of substance represents one gram-formula of the substance.
One mole of a gas at standard temperature and pressure occupies 22.4 litres.

Question: Which is an example of a polyatomic molecule?
a. S8
b. HNO3
c. C2H5OH
d. All of these

According to Dalton’s atomic theory, all matter whether an element, a compound or a mixture is composed of small particles called atoms which can neither be created nor destroyed during a chemical reaction. Dalton’s theory provides a simple explanation for the laws of chemical combination. He used his theory to explain law of conservation of masses, law of constant
proportions and law of multiple proportions, based on various postulates of the theory. Dalton was the first scientist to use the symbols for the elements in a very specific sense. When he used a symbol for an element he also meant a definite quantity of that element, that is one atom of that element.

Question: Which postulate of Dalton’s atomic theory explains law of definite proportions?
a. Atoms of an element do not change during a chemical reaction.
b. An element consists of atoms having fixed mass and the number and kind of atoms in a given compound is fixed.
c.Different elements have different kind of atoms.
d. Atoms are of various kinds.

Question: Which postulate of Dalton’s atomic theory is the result of the law of conservation of mass?
a. Atoms can neither be created nor destroyed.
b. Each element is composed of extremely small particles called atoms.
c. All the atoms of a given element are identical.
d. During chemical combination, atoms of different elements combine in simple ratios.

Question: Assertion : When 10 g of CaCO3 is decomposed, 5.6 g of residue is left and 4.4 g of CO2 escapes.
Reason : Law of conservation of mass is followed.

Question: Assertion : Law of conservation of mass holds good for nuclear reactions.
Reason : It states that mass can neither be created nor destroyed in a chemical reaction.

Question: Assertion : Molecular weight of SO2 is double to that of O2.
Reason : One mole of SO2 contains double the number of molecules present in one mole of O2.

Question: Assertion : One atomic mass unit (amu) is mass of an atom equal to exactly one-twelfth the mass of a carbon–12 atom.
Reason : Carbon–12 isotope was selected as standard. 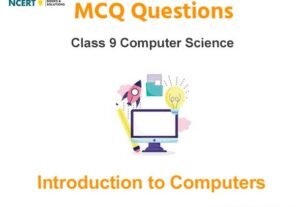 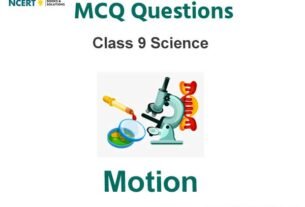 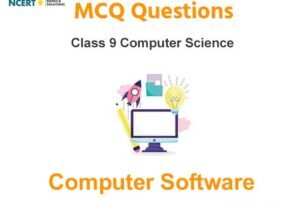