Structure Of The Atom Class 9 MCQ Questions with Answers

See below Structure Of The Atom Class 9 Science MCQ Questions, solve the questions and compare your answers with the solutions provided below.

Question. The particle not present in an ordinary hydrogen atom is :
(a) proton
(b) neutron
(c) nucleus
(d) electron

Question. The first model of an atom was given by :
(a) Neils Bohr
(b) Ernest Rutherford
(c) J.J. Thomson
(d) Eugen Goldstein

Question. Goldstein’s experiments which involved passing high voltage electricity through gases at very low pressure resulted in the discovery of :
(a) electron
(b) proton
(c) nucleus
(b) neutron

Question. Which part of an atom was discovered by Rutherford’s alpha particle scattering experiment ?

Question. Which subatomic particle is not present in an ordinary hydrogen atom ?

Question. State the number of electrons present in the outermost shell of the atoms of the following elements :
(i) Neon (ii) Chlorine

Question. Name the gas which produces anode rays consisting of protons in the discharge tube experiment.

Question. Fill in the blanks in the following statements :

Question The number of protons in the nucleus of an atom is called its ……….

Question If the nucleus of an atom has atomic number 17, mass number 37 and there are 17 electrons outside the nucleus, the number of neutrons in it is ……….

Question The total number of protons and neutrons in the nucleus of an atom is called its ……….

Question An atom has atomic mass number 23 and atomic number 11. The atom has ………. electrons.

Question The maximum number of electrons that can be accommodated in L shell are ……….

Question Almost all the mass of an atom is concentrated in a small region of space called the ………… .

Question Cathode rays are a beam of fast moving ……………

Question The maximum number of electrons that can go into the M shell is ……….

Question The subatomic particle not present in a hydrogen atom is …………..

Question: The table given below shows the numbers of protons, neutrons and electrons in four ions.
For which ion is the data correct?

Question: Select the correct statements.
(i) An atom is divisible and consists of charged particles.
(ii) It was known by 1900 that the atom was not a simple, indivisible particle but contained at least one sub-atomic particle – the electron.
(iii) E. Goldstein in 1886 discovered the presence of new radiations called canal rays which led to the discovery of another sub-atomic
particle – the proton.
(iv) Proton had a charge, equal in magnitude but opposite in sign to that of the electron and its mass was approximately 2000 times as that of the electron.
(v) The mass of an electron is considered to be negligible and its charge is minus one.
(a) (i), (ii) and (iii)
(b) (iii), (iv) and (v)
(c) (ii), (iii) and (iv)
(d) All the statements are correct.

Question: The schematic atomic structures of three elements X, Y and Z are given as:

Question: Which of the following do not represent Bohr’s model of an atom correctly?

Question: The nucleon number of the bromine atom is 79 and its proton number is 35. Which of the following is true about the bromine atom?
(a) It has 79 neutrons.
(b) It has 44 electrons.
(c) Its electronic configuration contains three shells which has 7 electrons in outermost shell.
(d) It has similar chemical properties as chlorine.

Question: Th given table shows the number of protons, neutrons and electrons in atoms or ions. Which atom/ion in the table is an isotope of the atom with the composition of 11p, 11e and 14n? IMAGE 15
(a) P
(b) Q
(c) R
(d) S

Question: Which of the following is an accurate illustration of a nitrogen atom?

Question: Observe the given figure and answer the question that follows :

(I) Most of the fast moving α-particles passed straight through the gold foil.
(II) Some of the α-particles were deflected by the foil by small angles.
(III) Surprisingly one out of every 12000 particles appeared to rebound.
Identify the correct observations.
(a) (I) and (II)
(b) (II) and (III)
(c) (I) and (III)
(d) All are correct.

Question: Mass spectrum of lead is given as The average atomic mass of lead is

Question: Information about two atoms, X and Y are shown below :

Question: Rutherford concluded from the a-particle scattering experiment that
(i) most of the space inside the atom is empty because most of the α-particles passed through the gold foil without getting deflected.
(ii) very few particles were deflected from their path, indicating that the negative charge of the atom occupies very little space.
(iii) a very large fraction of α-particles were deflected by 180°°, indicating that all the negative charge and mass of the gold atom were not concentrated in a very small volume within the atom.
Identify the incorrect statements.
(a) (i) and (ii)
(b) (ii) and (iii)
(c) (i) and (iii)
(d) (i), (ii) and (iii)

Question: Which pair of atoms contains the same number of neutrons?

Question: Schematic atomic structures of three elements are given below :

Which of the following is the correct formula of the compound formed by the given three elements?
(a) Na3PO4
(b) Na2CO3
(c) Na2SO4
(d) Na2SO3

Question: Study the table carefully and select the correct statement. 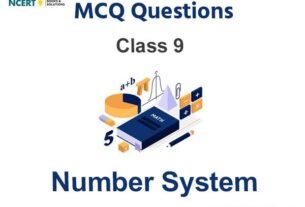