The Age of Industrialisation Class 10 MCQ Questions with Answers

Please see below The Age of Industrialisation Class 10 Social Science MCQ Questions, solve the questions and compare your answers with the solutions provided below.

Question. After the busy season was over, the poor :
(a) Went to their villages
(b) Went to the countryside
(c) Went on the streets again
(d) None of the above

Question. Coarser cottons were produced in many countries, but the fine varieties often came from:
(a) China
(b) Japan
(c) Bangladesh
(d) India

Question. Which of the following mechanical devices used for weaving, with ropes and pullies, which helped to weave wide pieces of cloth?
(a) Handloom
(b) Powerloom
(c) Fly Shuttle
(d) Spinning Jenny

Question. In many industries where production fluctuated with the season, industrialists, usually preferred:
(a) Indentured labour
(b) Machines
(c) Hand labour
(d) All of the above

Question. Whom did the British government appoint to supervise weavers, collect supplies and examine the quality of cloth?
(a) Jobber
(b) Sepoy
(c) Policeman
(d) Gomastha

Question. What was “Spinning Jenny”?
(a) A machine
(b) A person
(c) An industry
(d) None of the above

Question. Which were the most dynamic industries in Britain during the 19th century?
(a) Cotton and metal
(b) Metal and sugar
(c) Ship and cotton
(d) Cotton and sugar

Question. Which of the following helped the spread of handloom cloth production?
(a) Import duties
(b) Government regulations
(c) Technological changes
(d) Imposition of export duties

Question. The company appointed a paid servant to supervise weavers. He was called:
(a) Officers
(b) Tehsildar
(c) Gomastha
(d) none of the above

Question. Who among the following set up the first Indian jute mill in Calcutta in 1917?
(a) Seth Hukumchand
(b) G.D. Birla
(c) Jamsedjee Nusserwanjee Tata
(d) None of the above

Question. Where was the first cotton mill set up in India?
(a) Ahemedabad
(b) Kanpur
(c) Bombay
(d) Madras

Question. Who among the following was usually employed by the industrialists to get new recruits?
(a) Gomastha
(b) Policeman
(c) Sepoy
(d) Jobber

Question. Where was the first Indian jute mill set up?
(a) Bengal
(b) Bombay
(c) Madras
(d) Bihar

Question. In 1911, 67 percent of the large industries were located in which one of the following places in India?
(a) Bengal and Bombay
(b) Surat and Ahmedabad
(c) Delhi and Bombay
(d) Patna and Lucknow

Question. Why couldn’t the merchants expand production within towns?
(a) The powerful guilds did not allow them to do so.
(b) New merchants were not competent enough to carry on production work and trade.
(c) New merchants had inadequate capital.
(d) Competent weavers and artisans were not available in towns.

Question. Why were there frequent clashes between the gomastha and the weavers?
(a) The weavers hated foreigners.
(b) The gomastha forced the weavers to sell goods at a dictated price.
(c) Gomasthas were outsiders without long term social link with the village.
(d) None of the above.

Question. Why did the weavers suffer from a problem of raw cotton?
(a) The cotton crop perished
(b) Raw cotton exports increased
(c) Local markets shrank
(d) Export market collapsed

Question. Where was the first cotton mill established?
(a) Bombay
(b) Ahmedabad
(c) Kanpur
(d) Madras

Question. Why did Manchester export to India decline after the First World War?
(a) People were busy fighting the war.
(b) Factories closed down due to security problem.
(c) Factories and mills were busy producing goods to fulfill the need of army.
(d) Export trade was restricted by the government.

Question. In Victorian Britain the upper classes- aristocratic class and bourgeoisie preferred handmade goods because:
(a) they were made from imported material.
(b) the handmade goods came to symbolize refinement and class.
(c) they were better finished.
(d) only upper class could afford the expensive items.

Question. Which of the following innovations helped the weavers in increasing productivity and compete with mill sector?
(a) Spining jenny
(b) Fly shuttle
(c) Cotton Gin
(d) Roller

Question. The person who got people from village, ensured them jobs, helped them settle in cities and provided them money in times of need was known as:
(a) Stapler
(b) Fuller
(c) Gomastha
(d) Jobber

Question. In the 17th century, merchants from towns in Europe moved to the countryside to:
(a) supply money to peasants and artisans to persuade them to produce for international markets.
(b) persuade them to settle in towns.
(c) provide them with small workshops.
(d) stop them from working for other companies.

Question. By late 19th century why did the British manufacturers print calendars for advertisements?
(a) Indian people were fond of using calendars in their houses.
(b) Unlike newspapers and magazines, calendars were used even by people who did not know how to read or write.
(c) It was cheaper to advertise goods through calendars.
(d) It used to add beauty to the room.

Question. In Victorian Britain, the aristrocrats and bourgeoisie preferred hand-made goods as:
(a) they were cheap
(b) they could be obtained easily
(c) they were made of better material
(d) they symbolised refinement and class

Question. Why were workers in England hostile to machines and new technology?
(a) They did not know how to use these.
(b) They feared that they would lose their jobs and livelihood.
(c) The workers were too poor to buy new machines.
(d) They were scared of machines.

Question. Which of the following was not a problem of Indian weavers at the early 19th century?
(a) Shortage of raw material
(b) Clashes with Gomasthas
(c) Collapse of local and foreign market
(d) Setting up of new factories

Question. Which of the following was a European managing agency?
(a) Tata Iron and Steel Company
(b) Andrew Yule
(c) Elgin Mill
(d) Birla industries

Question. Which one of the following European managing agencies did not control Indian industries?
(a) Bird Heiglers and Company
(b) Andrew Yule
(c) Indian Industrial and Commerce Congress
(d) Jardine Skinner and Company

Question. Trade through the new ports came to be controlled by European companies, and was carried in European ships.

Question. The proto-industrial system was a part of a network of commercial exchanges.

Question. In the late eighteenth century, the number of factories multiplied.

Question. Before the age of machine industries, silk and cotton goods from India dominated the international market in textiles.

Question. The most dynamic industries in Britain were clearly cotton and metals.

Question. By 1873, Britain was exporting iron and steel work about £ 77 million, double the value of its cotton export.

Question. At each stage of production 30 to 35 workers were employed by each merchant.

Question. In many industries the demand for labour was seasonal.

Question. In Victorian Britain there was no shortage of human labour.

Question. In the late nineteenth century, factories became an intimate part of the English landscape.

Question. At the water front, winter was the time that ships were repaired and spruced up.

Fill in the blanks

Question. The fear of ……………………… made workers hostile to the introduction of new technology.

Question. Before the age of machine industries, silk and cotton goods from ……………………… dominated the international market in textiles.

Question. ……………………… cottons were produced in many countries, but the finer varieties often came from India.

Question. The French, ………………………, Portuguese as well as the local traders competed in the market to secure woven cloth.

Question. The company appointed a paid servant called the ……………………… to supervise weavers, collect supplies, and examine the quality of cloth.

Question. After the 1840s, ……………………… activity intensified in the cities, opening up greater opportunities of employment.

Question. ………………………, a company official, had ventured to say that the demand for Indian textiles could never reduce, since no other nation produced goods of the same quality.

Question. By the end of the nineteenth century weavers and ……………………… faced many problems. 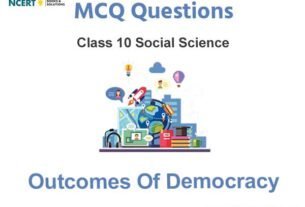 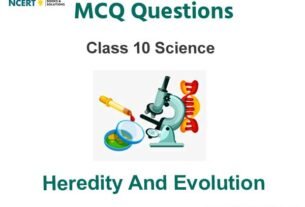