Please see below Resources and Development Class 10 Social Science MCQ Questions, solve the questions and compare your answers with the solutions provided below.

Question. Which one of the following is a Biotic Resource?
(a) Land
(b) Water
(c) Human beings
(d) Rocks

Question. Which one of the following is not a renewable resource?
(a) Solar energy
(b) Wind energy
(c) Forests
(d) Fossil fuels

Question. Which one of the following is an example of biotic resources?
(a) Rock
(b) Iron ore
(c) Gold
(d) Animal

Question. There is enough for everybody’s need and not for any body’s greed,’’ who among the following has given the above statement?
(a) Vinoba Bhave
(b) Mahatma Gandhi
(c) Jawaharlal Nehru
(d) Atal Behari Vajpayee

Question. Which one of the following states mostly has laterite soil?
(a) Uttar Pradesh
(b) Bihar
(c) Rajasthan
(d) Meghalaya

Question. Which one of the following is not a ‘Biotic Resource’?
(a) Flora and Fauna
(b) Rocks
(c) Fisheries
(d) Livestock

Question. In which of the following states is overgrazing responsible for land degradation?
(a) Jharkhand and Orissa
(b) Madhya Pradesh and Rajasthan
(c) Punjab and Haryana
(d) Kerala and Tamil Nadu

Question. How can the resources be classified on the basis of their origin?
(a) Biotic and Abiotic
(b) Renewable and Non-renewable
(c) Individual and Community
(d) Potential and Reserves Answer Answer:

Question. Which one of the following is not the community owned resource?
(a) Grazing grounds
(b) Burial grounds
(c) Village ponds
(d) Privately owned house

Question. Which cold desert is relatively isolated from the rest of country?
(a) Leh
(b) Kargil
(c) Ladakh
(d) Dras

Question. In which of the following states is black soil found?
(a) Jammu and Kashmir
(b) Bihar
(c) Rajasthan
(d) Jharkhand

Question. Which one of the following is the main cause of land degradation in Punjab?
(a) Extensive cultivation
(b) Deforestation
(c) Overgrazing
(d) Over-irrigation

Question. Which one of the following crops is grown in the black soil?
(a) Rice
(b) Wheat
(c) Cotton
(d) Tea

Question. Resources which are found in a region but have not been utilised are called
(a) developed resources
(b) stock
(c) international resources
(d) potential resources

Question. Fossil fuels are examples of which of the following types of resources?
(a) Renewable
(b) Flow
(c) Biological
(d) Non-renewable

Question. Where are biotic resources obtained from?
(a) From biosphere and have life such as human beings, flora and fauna, fisheries, livestock
(b) From composing of non-living things
(c) From reproduction by physical, chemical or mechanical processes
(d) From minerals and fossil fuels

Question. Which one of the following is not the community owned resources?
(a) Grazing grounds
(b) Burial grounds
(c) Village ponds
(d) Privately owned house

Question. How can the resources be classified on the basis of their origin?
(a) Biotic and Abiotic
(b) Renewable and Non-renewable
(c) Individual and community
(d) Potential and Reserve

Question. Which among the following is a type of resources classified on the basis of exhaustibility?
(a) Biotic and Non-biotic
(b) Renewable and Non-Renewable
(c) National and International
(d) Potential and Reserve

Question. Give examples of renewable resources.
(a) Minerals and fossil fuels
(b) Solar and wind energy, water, forests and wildlife
(c) Rocks and metals
(d) Flora, fauna, fisheries and livestock

Question. What is the land used for grazing cattle and livestock known as?
(a) Forest
(b) Barren land
(c) Pasture
(d) Fallow land

Question. Why is conservation of the resources important?
(a) So that they don’t get wasted
(b) Irrational consumption and over utilization of resources may lead to socio-economic and environmental problems
(c) For evolving a planning structure endowed with appropriate technology, skill and institutional set up
(d) For matching the resource development plan with overall national developmental plan

Question. Which type of land is not used for cultivation?
(a) Already on crop production
(b) Land put to non-agricultural uses, e.g. buildings, roads, factories, etc.
(c) All types of land
(d) Black soil land

Question. What is a stock?
(a) Resources which can be renewed or reproduced.
(b) Resources which are found in a region, but have not been utilized.
(c) Materials in the environment which have the potential to satisfy human needs but human beings do not have the appropriate technology to access these.
(d) Solar and wind energy, water, forests and wildlife.

Question. Human beings used resources indiscriminately and this has led to following major problems, which are these problems?
(a) Not well-planned use of these resources
(b) Wastage of resources
(c) Not many problems
(d) Accumulation of resources in few hands

Question. Which human activities have led to land degradation?
(a) Deforestation and overgrazing
(b) Agriculture
(c) Buildings and making roads
(d) Factories and industries

Question. How can we solve the problem of land degradation?
(a) Afforestation
(b) More agricultural crops
(c) Try to grow plants in desert areas
(d) Keep agricultural land free

Question. Where are red soils mostly found?
(a) Deccan plateau and parts of Odisha
(b) Kerala and Karnataka
(c) Rajasthan and Gujarat
(d) Maharashtra and Madhya Pradesh

Question. The running water cuts through the clayey soils and makes deep channels known as___________.
(a) tributaries
(b) ravines
(c) gullies
(d) drains

Question. When the land becomes unfit for cultivation is known as-
(a) Fallow land
(b) Bad land
(c) Waste land
(d) Deserted land

Question. Which soil is the most widespread soil of India?
(a) Black soil
(b) Laterite soil
(c) Alluvial soil
(d) Red and yellow soil

Question. Which cold desert is relatively isolated from the rest of the country?
(a) Leh
(b) Kargil
(c) Ladakh
(d) Dras

Question. Which one of the following states has laterite soil?
(a) Uttar Pradesh
(b) Bihar
(c) Rajasthan
(d) Meghalaya

FILL IN THE BLANKS

Question. The first international earth summit was held at __________.

Question. __________ soils range from red to brown in colour. They are generally sandy in texture and saline in nature.

Question. __________ resources are obtained from biosphere and have life such as human beings, flora & fauna, livestock etc.

Question. Stock resources are regionally available but not yet utilised.

Question. Resources are a free gift of nature and very useful elements of environment.

Question. Leaching is a process by which the nutrients in the soil are washed away by heavy rains.

Question. Agenda 21 is the declaration signed by around 50 heads of states.

Question. Ravines are land areas which has turned unsuitable for cultivation due to soil erosion.

1. Assertion (A) : Afforestation and proper management of grazing can help land degradation to some extent.
Reason (R) : Planting of shelter belts of plants, control on overgrazing, stabilisation of sand dunes by growing thorny bushes are some of the methods to check land degradation in arid areas.

2. Assertion (A) : Alluvial soils as a whole are very fertile.
Reason (R) : Mostly these soils contain adequate proportion of potash, phosphoric acid and lime which are ideal for the growth of sugarcane, paddy, wheat and other cereal and pulse crops.

3. Assertion (A) : The black soils are made up of extremely fine i.e. clayey material.
Reason (R) : They are well known for their capacity to hold dryness.

4. Assertion (A) : Arid soil develops on crystalline igneous rocks in areas of low rainfall in the eastern and southern parts of the Deccan plateau.
Reason (R) : Yellow and red soils are also found in parts of Odisha, Chhattisgarh, southern parts of the middle Ganga plain and along the piedmont zone of the Western Ghats.

5. Assertion (A) : Laterite has been derived from the Latin word ‘later’ which means brick.
Reason (R) : The Forest soil develops under tropical and subtropical climate with alternate wet and dry season. 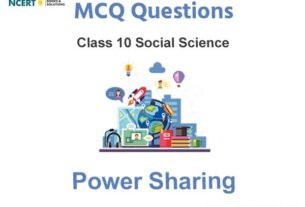