These MCQs will also help you to make your preparation better in solving the extra and inside questions that are asked in board exams. MCQ on Political Parties Class 10 will also help in understanding the chapters correctly as they will contain the significant focuses for revision purposes in brief time frames.

Please see below Political Parties Class 10 Social Science MCQ Questions, solve the questions and compare your answers with the solutions provided below.

Question. Changing party allegiance from the party on which a person got elected (to a legislative body) to a different party is called?
(a) Diversion
(b) Denial
(c) Division
(d) Defection

Question. According to Anti – Defection law what is the consequence when an MLA or MP change their party after winning election?
(a) MP or MLA continue to remain at their winning seat
(b) No action is initiated against those MP or MLA
(c) MP or MLA lose the seat in the legislation.
(d)They get cash reward and ministry post

Question. Why do elected representatives change their party after winning the election?
(a) To make strong alliance
(b) For minister post and cash rewards.
(c) To support different political party
(d) To make coalition government

Question. How is defection system harmful for the democracy?
(a) it creates instability and uncertainty in the government.
(b) it creates pressure to the government to perform unwanted and unfair task.
(c) Government has always been fear to loss its majority in the parliament.
(d) All of the above.

Question. An affidavit signifies (legal)?
(a) Signed document where a person a makes a sworn statement regarding his or her antecedents.
(b) A law to check the menace.
(c) Legal document to declare the academic qualification.
(d) All of the above.

Question. Select the Statement related to the advantages of multi-party system?
(a) Multi-party System provides limited choice to voters.
(b) There is a chance of conflict.
(c) Provides Choice to the Voters.
(d) In Multi-party system regional parties get the representation

Question. Who among the following recognises political parties in India?
(a) President of India
(b) Election commission
(c) Speaker of Lok Sabha
(d) Supreme court.

Question. In which of the following states does Shiv Sena exist as a regional political party?
(a) Gujarat
(b) Karnataka
(c) Maharashtra
(d) Madhya Pradesh

Question. How many parties are needed in any democratic system to compete in elections and provide a chance for competing the parties to come in power?
(a) Less than two
(b) at least two parties
(c) more than two parties
(d) at least three parties

Question. Which is the most visible institution of democracy?
(a) Elections
(b) Political parties
(c) Adult Franchise
(d) Seats reservation

Question. One of the following countries has single-party system ……
(a) India
(b) The United Kingdom
(c) The United States of America
(d) China

Question. A political party is composed of …….
(a) leaders
(b) active members
(c) followers
(d) all of the above

Question. The institution that banned wall writing by parties during elections is …..
(a) The Election Commission
(b) The Judiciary
(c) The Parliament
(d) The Press

Political Parties Class 10 MCQ with Answers will assist the student with understanding the chapter in a great way. Besides, these MCQs will fill in as the best revision materials during the class 10 board exam. Aside from Class 10 Political Parties MCQ, we have also provided Revision Notes and sample papers to assist students with ably planning for the board exam. 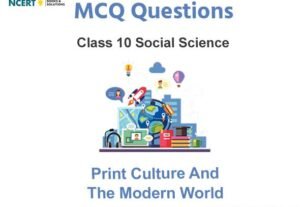 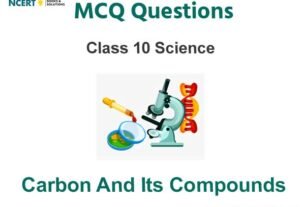 MCQs For Class 10 Science Chapter 4 Carbon and its Compounds 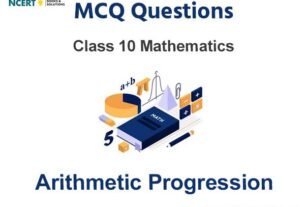