See below Neural Control and Coordination Class 11 Biology MCQ Questions, solve the questions and compare your answers with the solutions provided below.

Question. Iris is part of
(a) sclerotic
(b) choroid
(c) choroid and retina
(d) sclerotic and choroid.

Question. Cornea transplant in humans is almost never rejected. This is because
(a) it is composed of enucleated cells
(b) it is a non-living layer
(c) its cells are least penetrable by bacteria
(d) it has no blood supply.

Question. In the chemistry of vision in mammals, the photosensitive substance is called
(a) rhodopsin
(b) melanin
(c) sclerotin
(d) retinol.

Question. Function of iris is to
(a) move lens forward and backward
(b) refract light rays
(c) bring about movements of eye lids
(d) alter the size of pupil.

Question. The nerves carrying impulses to CNS are known as
(a) motor
(b) efferent
(c) afferent
(d) mixed

Question. The secretion of gastric juice is controlled by
(a) cerebellum
(b) ANS
(c) cerebrum
(d) medulla

Question. Centre for sense of smell is
(a) cerebellum
(b) olfactory lobes
(c) pons
(d) midbrain

Question. Part of brain responsible for hearing is
(a) cerebellum
(b) cerebrum
(c) medulla
(d) hypothalamus

Question. Which of the following cell in the central nervous system functionally equivalent to a Schwann cell?
(a) astrocyte
(b) neuron
(c) oligodendrocyte
(d) microglial cell

Question. Clusters of neuron cell bodies embedded in the white matter of the brain are referred to as
(a) nuclei
(b) gyri
(c) sulci
(d) ganglia

Question. Which of the following is a thin middle layer of cranial meninges?
(a) Duramater
(b) Arachnoid
(c) Piamater
(d) Optic nerve

Question. Which is not a reflex action?
(a) Swallowing of food
(b) Shivering in cold
(c) Salivation at choicest food
(d) Closure of eyelid by flashing light

Question. The thinned-out portion of retina where only cones are densely packed is called
(a) blind spot
(b) corpus luteum
(c) macula lutea
(d) fovea

Question. The region of vertebrate’s eye where the optic nerve passes out of the retina is called
(a) yellow spot
(b) optic chiasma
(c) fovea
(d) blind spot

Question. The amount of light that falls on retina is regulated by
(a) lens
(b) cornea
(c) iris
(d) ciliary muscles

Question. In human eye, the blind spot contains
(a) rods
(b) cones
(c) both rods and cones
(d) neither rods nor cones

Question. Which of the following is devoid of blood supply?
(a) Retina
(b) Choroid
(c) Cornea
(d) Scleroid

Question. The cochlea of ear contains
(a) perilymph
(b) aqueous humour
(c) perilymph and endolymph
(d) only endolymph

Question. At the base of cochlea, the canal that ends at the oval window is
(a) scala tympani
(b) scala media
(c) scala vestibuli
(d) auditory

Question. The stereocilia of hair cells of organ of Corti are covered with a thick elastic membrane called
(a) Reissner’s membrane
(b) basilar membrane
(c) tympanic membrane
(d) tectorial membrane

Question. Which part of the human eye adjust the focal length of lens ?
(a) Aqueous humour
(b) Ciliary body
(c) Conjunctiva
(d) Cornea 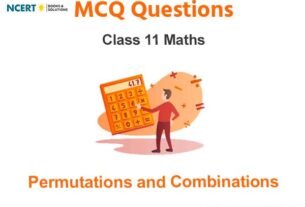 MCQs For NCERT Class 11 Maths Permutations and Combinations with Answers 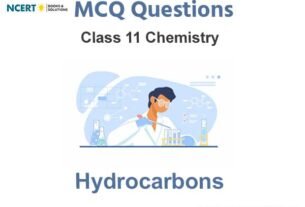 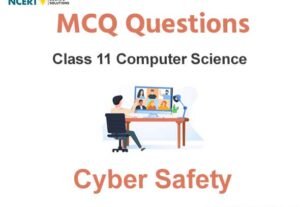