See below Animal Kingdom Class 11 Biology MCQ Questions, solve the questions and compare your answers with the solutions provided below.

Question. Chloragogen cells of earthworm are similar to which organ of vertebrates ?
(a) Liver
(b) Lung
(c) Kidney
(d) Spleen

Question. Haemocoel is found in
(a) Hydra and Aurelia
(b) Taenia and Ascaris
(c) Cockroach and Pila
(d) Herdmania and Balanoglossus

Question. Given are the four matches of phyla with their characteristic cells
A. Coelenterata – Nematocytes
B. Porifera – Choanocytes
C. Ctenophora – Solenocytes
D. Platyhelminthes – Nephrocytes
Mark the option that has both correct matches
(a) A and B
(b) B and C
(c) C and D
(d) B and D.

Question. Larva of house-fly lacks
(a) eyes
(b) wings
(c) spiracles
(d) none of these

Question. Single filament of Nostoc without mucilage sheath is called as
(a) colony
(b) mycelium
(c) trichome
(d) hyphae

Question. The long bones are hollow and connected by air passage. They are characteristic of
(a) aves
(b) mammalia
(c) reptilia
(d) sponges

Question. Which of the following statement is true regarding corals ?
(a) Form branch colonies.
(b) Solitary or colonial.
(c) Grow as massive bodies.
(d) All of the above

Question. Which one of the following statements is not correct?
(a) All echinoderms are viviparous.
(b) Roundworm has no circulatory system.
(c) In bony fishes, swim bladder is usually present.
(d) In cartilaginous fishes, fertilization is internal.

Question. “Portuguese man of war” is
(a) Soldier of world war I
(b) Portuguese soldier
(c) A sponge
(d) A polymorphic, colonial, coelenterata

Question. Which is the example of platyhelminthes ?
(a) Entamoeba
(b) Plasmodium
(c) Wuchereria
(d) Schistosoma

Question. Power of regeneration in sponges is due to
(a) theocytes
(b) archaeocytes
(c) amoebocytes
(d) sclerocytes

Question. The poisonous fluid present in nematocyst of Hydra is
(a) toxin
(b) venom
(c) hematin
(d) hypnotoxin

Question. Antedon belongs to which of the following class?
(a) Asteroidea
(b) Ophiuroidea
(c) Crinoidea
(d) Echinoidea

Question. Scales in Chondrichthyes are
(a) placoid
(b) ctenoid
(c) cycloid
(d) all of these

Question. Which of the following snake is not poisonous?
(a) Naja- Naja
(b) Python
(c) Hydrophis
(d) Bungarus

Question. Which of the following substances is at its lowest level in fish food ?
(a) Actin
(b) Myosin
(c) Cholesterol
(d) Tissue fluid

Question. In Entamoeba histolytica, the presence of chromatid bodies is characteristic of
(a) precystic stage
(b) trophozoite stage
(c) mature binucleate stage
(d) both (a) and (b)

Question. Just as Xenopsylla is a Yersenia pestis, so is
(a) Glossina palpalis to Wuchereria bancrofti
(b) Culex to Plasmodium falciparum
(c) Homo sapiens to Taenia solium
(d) Phlebotomus to Leishmania donovani

Question. Which of the following feature is common to leech, cockroach and scorpion?
(a) Nephridia
(b) Ventral nerve cord
(c) Cephalization
(d) Antennae

Question. Which one of the following statements is correct with respect to salt water balance inside the body of living organisms?
(a) When water is not available camels do not produce urine but store urea in tissues.
(b) Salmon fish excretes lot of stored salt through gill membrane in fresh water.
(c) Paramecium discharges concentrated salt solution by contractile vacuoles.
(d) The body fluids of fresh water animals are generally hypotonic to surrounding water.

Question. Which one of the following groups of structures/organs have similar function?
(a) Typhlosole in earthworm, intestinal villi in rat and contractile vacuole in Amoeba.
(b) Nephridia in earthworm, Malpighian tubules in cockroach and urinary tubules in rat.
(c) Antennae of cockroach, tympanum of frog and clitellum of earthworm.
(d) Incisors of rat, gizzard (proventriculus) of cockroach and tube feet of starfish.

Question. Which one of the following features is common in silverfish, scorpion, dragonfly and prawn?
(a) Three pairs of legs and segmented body.
(b) Chitinous cuticle and two pairs of antennae.
(c) Jointed appendages and chitinous exoskeleton.
(d) Cephalothorax and trachae.

Question. All mammals without any exception are characterized by
(a) viviparity and biconcave red blood cells.
(b) extra-abdominal testes and a fourchambered heart.
(c) heterodont teeth and 12 pairs of cranial nerves.
(d) a muscular diaphragm and milk producing glands.

Question. Which of the following does not come under the class mammals?
(a) Flying fox
(b) Hedgehog
(c) Manatee
(d) Lamprey

Question. What is left, when bath sponges dries up?
(a) Spicules
(b) Hold fast
(c) Spongin fibres
(d) Tentacles

Question. Which of the following are uricotelic animals?
(a) Rohu, Frog
(b) Camel, Frog
(c) Lizard, Crow
(d) Eagles, Earthworm

Question. Which one feature is common to leech, cockroach and scorpion?
(a) Nephridia
(b) Ventral nerve cord
(c) Cephalization
(d) Antennae

Question. Which of the following is correctly matched?
(a) Human -Renal portal system
(b) Earthworm – Closed circulatory system
(c) Cockroach – Nephridia
(d) None of the above 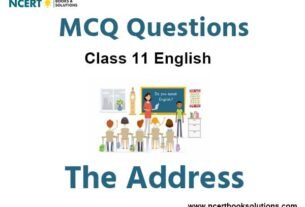 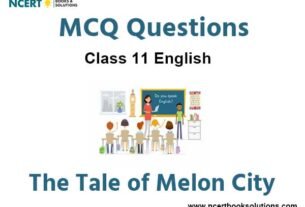 MCQs For NCERT Class 11 Chapter 8The Tale of Melon City 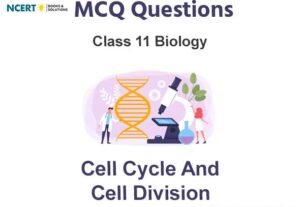