See below Structural Organisation in Animals Class 11 Biology MCQ Questions, solve the questions and compare your answers with the solutions provided below.

Question. What happens if bone of frog is kept in dilute hydrochloric acid?
(a) Will become flexible
(b) Will turn black
(c) Will break into pieces
(d) Will shrink

Question. The roof of the cranium of frog is formed by
(a) frontoparietal
(b) orbitosphenoid
(c) parasphenoid
(d) alisphenoid.

Question. The epithelial tissue present on the inner surface of bronchioles and Fallopian tubes is
(a) glandular
(b) ciliated
(c) squamous
(d) cuboidal.

Question. Consider the following four statements
(A–D) related to the common frog Rana tigrina, and select the correct option stating which ones are true (T) and which ones are false (F).
Statements:
A. On dry land it would die due to lack of O2 if its mouth is forcibly kept closed for a few days.
B. It has four-chambered heart.
C. On dry land it turns uricotelic from ureotelic.
D. Its life-history is carried out in pond water.
A B C D
(a) T F F T
(b) T T F F
(c) F F T T
(d) F T T F

Question. One very special feature in the earthworm (Pheretima) is that
(a) fertilization of eggs occurs inside the body
(b) the typhlosole greatly increases the effective absorption area of the digested food in the intestine
(c) the S-shaped setae embedded in the integument are the defensive weapons used against the enemies
(d) it has a long dorsal tubular heart.

Question. Which one of the following correctly describes the location of some body parts in the earthworm Pheretima?
(a) Four pairs of spermathecae in 4th-7th segments
(b) One pair of ovaries attached at intersegmental septum of 14th and 15th segments
(c) Two pairs of testes in 10th and 11th segments
(d) Two pairs of accessory glands in 16th-18th segments

Question. If a live earthworm is pricked with a needle on its outer surface without damaging its gut, the fluid that comes out is
(a) coelomic fluid
(b) haemolymph
(c) slimy mucus
(d) excretory fluid.

Question. Which of the following happens in the common cockroach?
(a) Malpighian tubules are excretory organs projecting out from the colon.
(b) Oxygen is transported by haemoglobin in blood.
(c) Nitrogenous excretory product is urea.
(d) The food is ground by mandibles and gizzard.

Question. Which of the following features is not present in Periplaneta americana?
(a) Exoskeleton composed of N-acetylglucosamine
(b) Metamerically segmented body
(c) Schizocoelom as body cavity
(d) Indeterminate and radial cleavage during embryonic development

Question. Which one of the following structures in Pheretima is correctly matched with its function?
(a) Clitellum – Secretes cocoon
(b) Gizzard – Absorbs digested food
(c) Setae – Defence against predators
(d) Typhlosole – Storage of extra nutrients

Question. Pheretima posthuma is highly useful as
(a) their burrows make the soil loose
(b) they make the soil porous, leave their castings and take organic debris in the soil
(c) they are used as fish meal
(d) they kill the birds due to biomagnification of chlorinated hydrocarbons.

Question. In male cockroaches, sperms are stored in which part of the reproductive system?
(a) Seminal vesicles
(b) Mushroom glands
(c) Testes
(d) Vas deferens

Question. In frog, the surface of attachment of tongue is
(a) pterygoid
(b) hyoid apparatus
(c) parasphenoid
(d) palatine.

Question. The kidney of an adult frog is
(a) metanephros
(b) opisthonephros
(c) pronephros
(d) mesonephros. 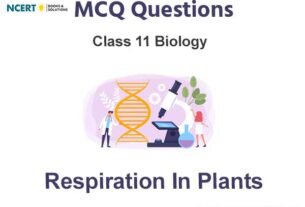 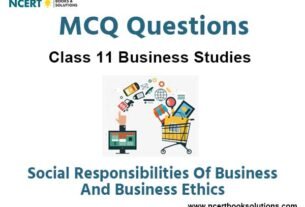