See below Thermodynamics Class 11 Chemistry MCQ Questions, solve the questions and compare your answers with the solutions provided below.

Question. Which of the following is closed system ?
(a) Jet engine
(b) Tea placed in a steel kettle
(c) Pressure cooker
(d) Rocket engine during propulsion

Question. For the gaseous reaction involving the complete combustion of iso-butane
(a) ΔH = ΔE
(c) ΔH < ΔE
(b) ΔH > ΔE
(d) None of these

Question. The quantity of heat measured for a reaction in a bomb calorimeter is equal to
(a) ΔG
(b) ΔH
(c) pΔV
(d) ΔE

Question. Which of the following statements is not true regarding the laws of thermodynamics ?
(a) It deal with energy changes of macroscopic systems.
(b) It deal with energy changes of microscopic systems.
(c) It does not depends on the rate at which these energy transformations are carried out.
(d) It depends on initial and final states of a system undergoing the change.

Question. ………………. is a quantity which represents the total energy of the system
(a) Internal energy
(b) Chemical energy
(c) Electrical energy
(d) Mechanical energy

Question. Enthalpy change (ΔH) of a system depends upon its
(a) Initial state
(b) Final state
(c) Both on initial and final state
(d) None of these

Question. The system that would not allow exchange of heat between the system and surroundings through its boundary is considered as
(a) isothermal
(b) adiabatic
(c) isobaric
(d) isochoric

Question. Adiabatic expansions of an ideal gas is accompanied by
(a) decrease in ΔE
(b) increase in temperature
(c) decrease in ΔS
(d) no change in any one of the above properties

Question. The difference between ΔH and ΔU is usually significant for systems consisting of
(a) only solids
(b) only liquids
(c) both solids and liquids
(d) only gases

Question. For a reaction in which all reactants and products are liquids, which one of the following equations is most applicable ?
(a) ΔH < ΔE
(b) ΔH = ΔS
(c ΔH = ΔE
(d) ΔH = ΔG

Question. Consider the reaction : N2 → 3H2 → 2NH3 carried out atconstant temperature and pressure. If ΔH and ΔU are the enthalpy and internal energy changes for the reaction, which of the following expressions is true ?
(a) ΔH > ΔU
(b) ΔH < ΔU
(c) ΔH = ΔU
(d) ΔH = 0

Question. Which is an extensive property of the system ?
(a) Volume
(b) Viscosity
(c) Temperature
(d) Refractive index

Question. Which of the following is an example of extensive property?
(a) Temperature
(b) Density
(c) Mass
(d) Pressure

Question. Which of the following factors do not affect heat capacity?
(a) Size of system
(b) Composition of system
(c) Nature of system
(d) Temperature of the system

Question. The heat required to raise the temperature of body by 1 C° is called
(a) specific heat
(b) thermal capacity
(c) water equivalent
(d) None of these.

Question. The enthalpies of elements in their standard states are taken as zero. The enthalpy of formation of a compound
(a) is always negative
(b) is always positive
(c) may be positive or negative
(d) is never negative

Question. The enthalpy change for a reaction does not depend upon
(a) use of different reactants for the same product
(b) the nature of intermediate reaction steps
(c) the differences in initial or final temperatures of involved substances
(d) the physical states of reactants and products 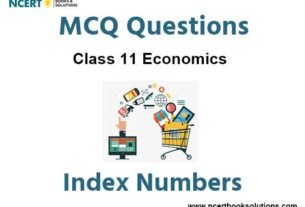 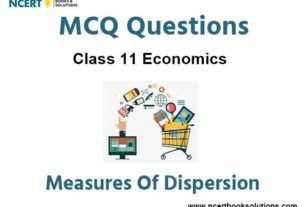 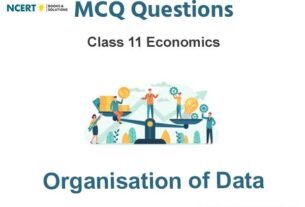