See below Hydrogen Class 11 Chemistry MCQ Questions, solve the questions and compare your answers with the solutions provided below.

Question. One would expect proton to have very large
(a) charge
(b) ionization potential
(c) hydration energy
(d) radius.

Question. Water gas is produced by
(a) passing steam through a red hot coke
(b) saturating hydrogen with moisture
(c) mixing oxygen and hydrogen in the ratio of 1 : 2
(d) heating a mixture of CO2 and CH4 in petroleum refineries.

Question. Which of the following metal evolves hydrogen on reacting with cold dilute HNO3?
(a) Mg
(b) Al
(c) Fe
(d) Cu

Question. Which of the following statements about hydrogen is incorrect?
(a) Hydronium ion, H3O+ exists freely in solution.
(b) Dihydrogen does not act as a reducing agent.
(c) Hydrogen has three isotopes of which tritium is the most common.
(d) Hydrogen never acts as cation in ionic salts.

Question. The ionization of hydrogen atom would give rise to
(a) hydride ion
(b) hydronium ion
(c) proton
(d) hydroxyl ion.

Question. Which one of the following pairs of substances on reaction will not evolve H2 gas?
(a) Copper and HCl (aqueous)
(b) Iron and steam
(c) Iron and H2SO4 (aqueous)
(d) Sodium and ethyl alcohol

Question. Which of the following groups of ions makes the water hard?
(a) Sodium and bicarbonate
(b) Magnesium and chloride
(c) Potassium and sulphate
(d) Ammonium and chloride

Question. The reaction of H2O2 with H2S is an example of ……… reaction.
(a) addition
(b) oxidation
(c) reduction
(d) acidic

Question. At its melting point, ice is lighter than water because
(a) H2O molecules are more closely packed in solid state
(b) ice crystals have hollow hexagonal arrangement of H2O molecules
(c) on melting of ice the H2O molecules shrinks in size
(d) ice forms mostly heavy water on first melting.

Question. Which of the following is not true?
(a) D2O freezes at lower temperature than H2O
(b) Reaction between H2 and Cl2 is much faster than D2 and Cl2
(c) Ordinary water gets electrolysed more rapidly than D2O
(d) Bond dissociation energy of D2 is greater than H2

Question. Which of the following terms is not correct for hydrogen ?
(a) Its molecule is diatomic
(b) It exists both as H+ and H– in different chemical compounds
(c) It is the only species which has no neutrons in the nucleus
(d) Heavy water is unstable because hydrogen is substituted by its isotope deuterium

Question. Choose the correct sequence of T and F for following statements. Here T stands for true and F stands for false statement.
(i) At atmospheric pressure ice crystallises in the hexagonal form, but at very low temperatures it condenses to cubic form.
(ii) Density of ice is less than that of water. Therefore, an ice cube floats on water.
(iii) In winter season ice formed on the surface of a lake makes survival of the aquatic life difficult.
(iv) Hydrogen bonding gives ice a open type structure with wide holes.
(a) TTFT
(b) FTFT
(c) FTTT
(d) TFTT

Question. Which of the following sequence of T and F is correct for given statements? Here T stands for true and F stands for false statement
(i) The H–H bond dissociation enthalpy is highest for a single bond between two atoms of any element
(ii) H2 is relatively inert at room temperature.
(iii) Hydrogen combines with almost all the elements due to its incomplete orbital
(iv) The atomic hydrogen is produced at high temperature in an electric arc or under UV radiations.
(a) TTTT
(b) FTFT
(c) FTTT
(d) FTTF

Question. Which of the following statement(s) is/are incorrect?
(i) Dihydrogen reduces copper
(II) oxide to copper
(ii) Reaction of dihydrogen with sodium gives sodium hydride.
(iii) Hydroformylation of olefins yields aldehydes which further undergo reduction to give alcohols.
(iv) Hydrogenation of vegetable oils using iron as catalyst gives edible fats.
(a) (i), (ii) and (iii)
(b) (i) and (iv)
(c) (iv) only
(d) (iii) and (iv)

Question. Which of the following fuel is used for runnning the automobiles first time in the history of India during October 2005?
(a) D2O
(b) H2O2
(c) D2
(d) H2

Question. Which of the following is correct about heavy water ?
(a) Water at 4°C having maximum density is known as heavy water
(b) It is heavier than water (H2O)
(c) It is formed by the combination of heavier isotope of hydrogen with oxygen
(d) None of these

Question. D2O is preferred to H2O, as a moderator, in nuclear reactors because
(a) D2O slows down fast neutrons better
(b) D2O has high specific heat
(c) D2O is cheaper
(d) None of these

Question. The decomposition of H2O2 is accelerated by –
(a) glycerine
(b) alcohol
(c) phosphoric acid
(d) Pt powder

Question. H2O2 is always stored in black bottles because
(a) It is highly unstable
(b) Its enthalpy of decomposition is high
(c) It undergo auto-oxidation on prolonged standing
(d) None of these

Question. Which of the following is wrong about H2O2? It is used
(a) As aerating agent in production of spong rubber
(b) As an antichlor
(c) For restoring white colour of blackened lead painting
(d) None of these

Question. Which one of the following undergoes reduction with hydrogen peroxide in an alkaline medium ?
(a) Mn2+
(b) HOCl
(c) PbS
(d) I2

Question. Which of the following is not true for hydrogen peroxide?
(a) H2O2 decomposes slowly on exposure to light.
(b) It is kept away from dust because dust can induce explosive decomposition of the compound.
(c) H2O2 is used as bleaching agent for textiles, paper pulp etc.
(d) It is used as a moderator in nuclear reactor. 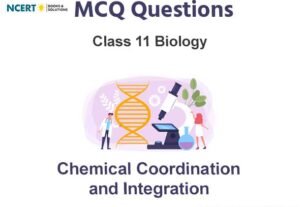 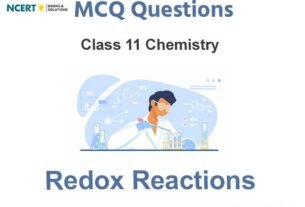 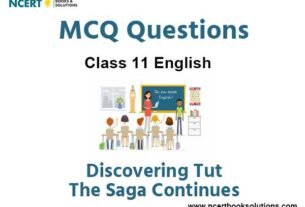