Please refer to the following Indian Economy (1950 – 1990) Class 11 Economics MCQ Questions. These multiple choice questions have been prepared based on the latest examination pattern, NCERT book and syllabus issued by CBSE, NCERT and KVS. Students should go through all MCQ Questions for Class 11 Economics with answers as they will help them to prepare for the exams.

Question. Which factor led to the breaking up of the stagnation of agriculture?
(a)Land reforms
(b) Green Revolution
(c) Buffer stocks
(d) Land ceiling.

Question. The common goals of the five year plans are : Answer:
(a) Modernisation
(b) Growth
(C) Self –reliance
(d) All of the above.

Question. The economic system adopted by India is
(a) Capitalistic
(b) Socialistic
(c) Mixed Economy
(d) None of these

Question. The share of agricultural sector in India’s GDP has tended to:
(a) Decline
(b) Rise
(c) Remain constant
(d) First decline then increase

Question. Equity as a goal of planning aims to achieve the following objectives:
(a) Reduction in economic inequalities
(b) Curbing concentration of economic power
(c) Uplifting the weaker sections of the society
(d) All of the above

Question. Which of the following is not a goal of perspective plans in India?
(a) GDP Growth
(b) Equity
(c) Land reforms
(d) Self-reliance

Question. In which economy means of production are owned, controlled and operated by the Government?
(a) Mixed Economy
(b) Socialist Economy
(c) Capitalist Economy
(d) None of these

Question. In a Capitalist Economy means of production are owned, controlled and operated by:
(a) Private sector
(b) Public sector
(c) External sector
(d) Both (a) and (b)

Question. Which Five Year Plan was implemented during the year 2012–17?
(a) Eighteenth
(b) Ninth
(c) Eleventh
(d) Twelfth

Question. Name the body/institution which was engaged in the formulation of Five Year Plans in India.
(a) Planning Commission
(b) Election Commission
(c) National Development Commission
(d) None of these

Question. A _________ economy may be defined as an economic system in which the means of production are privately owned and economic activities are guided by self-interest and profit motive.

Question. ___________ economy is a system in which means of production are owned by the whole community and all economic decisions are taken by a central authority.

Question. A ______________ economy is a system in which both private and public sector co-exist and both work under the general guidance of an economic planning.

Question. The Planning Commission in India was constituted in the year __________ under the chairmanship of Pt. Jawaharlal Nehru.

Question. Short period objectives of planning are for the term of __________ years.

Question. __________ refers to an increase in country’s productive capacity and is measured by increase in real per capita GDP.

Question. With the process of development, the share of __________ sector in GDP declines whereas the share of industry and service sector increases.

Question. What do you mean by mixed economy?

Question. What is the main function of NITI Aayog?

Question. What is the basic difference between Planning Commission and NITI Aayog?

Question. When was NITI Aayog formed?

Question. What type of economic system was accepted in post-independent India?

Question. When was India’s Planning Commission constituted and who was its first chairman?

Question. Who is regarded as the architect of Indian planning?

Question. What is economic planning?

Question. What are the three main dimensions of the objective of social and economic justice?

Question. What is meant by self-reliance? 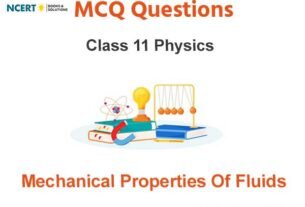 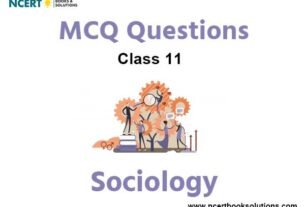