See below Gravitation Class 11 Physics MCQ Questions, solve the questions and compare your answers with the solutions provided below.

Question. The time period of a satellite of earth is 5 hours. If the separation between the earth and the satellite is increased to 4 times the previous value, the new time period will become
(a) 10 hours
(b) 80 hours
(c) 40 hours
(d) 20 hours

Question. Satellites orbitting the earth have finite life and sometimes debris of satellites fall to the earth. This is because
(a) the solar cells and batteries in satellites run out
(b) the laws of gravitation predict a trajectory spiralling inwards
(c) of viscous forces causing the speed of satellite and hence height to gradually decrease
(d) of collisions with other satellites

Question. In our solar system, the inter-planetary region has chunks of matter (much smaller in size compared to planets) called asteroids. They
(a) will not move around the sun, since they have very small masses compared to the sun
(b) will move in an irregular way because of their small masses and will drift away into outer space
(c) will move around the sun in closed orbits but not obey Kepler’s laws
(d) will move in orbits like planets and obey Kepler’s laws

Question. A satellite S is moving in an elliptical orbit around the earth.
The mass of the satellite is very small compared to the mass of the earth. Then,
(a) the total mechanical energy of S varies periodically with time.
(b) the linear momentum of S remains constant in magnitude.
(c) the acceleration of S is always directed towards the centre of the earth.
(d) the angular momentum of S about the centre of the earth changes in direction, but its magnitude remains constant.

Question. A planet is moving in an elliptical orbit around the sun. If T, V, E and L stand respectively for its kinetic energy, gravitational potential energy, total energy and magnitude of angular momentum about the centre of force, which of the following is correct ?
(a) T is conserved.
(b) V is always positive.
(c) E is always negative.
(d) L is conserved but direction of vector L changes continuously.

Question. Two astronauts are floating in gravitational free space after having lost contact with their spaceship.
The two will
(a) move towards each other
(b) move away from each other
(c) will become stationary
(d) keep floating at the same distance between them.

Question. Kepler’s third law states that square of period of revolution (T) of a planet around the sun, is proportional to third power of average distance r between sun and planet i.e. T2 = Kr3 here K is constant. If the masses of sun and planet are M and m respectively then as per Newton’s law of gravitation force of attraction between them is F = GMm /r2 , here
G is gravitational constant. The relation between G and K is described as
(a) K = G
(b) K =1/G
(c) GK = 4p2
(d) GMK = 4p2

Question. Gravitational mass is proportional to the gravitational :
(a) intensity
(b) field
(c) force
(d) none of these

Question. Gravitational force is required for
(a) stirring of liquid
(b) convection
(c) conduction
(d) radiation

Question. If the gravitational force between two objects were proportional to 1/R (and not as 1/R2), where R is the distance between them, then a particle in a circular path (under such a force) would have its orbital speed v, proportional to
(a) R
(b) R0 (independent of R)
(c) 1/R2
(d) 1/R

Question. If the mass of the Sun were ten times smaller and the universal gravitational constant were ten times larger in magnitude, which of the following is not correct?
(a) Raindrops will fall faster.
(b) Walking on the ground would become more difficult.
(c) Time period of a simple pendulum on the Earth would decrease.
(d) g on the Earth will not change. 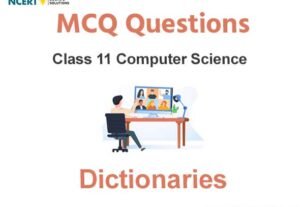 MCQs For NCERT Class 11 Chapter 4 Landscape of the Soul