See below Reproduction in Organisms Class 12 Biology MCQ Questions, solve the questions and compare your answers with the solutions provided below.

Question. Which one of the following statements is not correct?
(a) Offspring produced by the asexual reproduction are called clone.
(b) Microscopic, motile, asexual reproductive structures are called zoospores.
(c) In potato, banana and ginger, the plantlets arise from the internodes present in the modified stem.
(d) Water hyacinth, growing in the standing water, drains oxygen from water that leads to the death of fishes.

Question. ‘Nothing lives forever, but life continues’. What does it mean?
(a) Older die but new are produced due to reproduction.
(b) Nothing can produce without death.
(c) Death has nothing to do with the continuation of life.
(d) Parthenogenesis is must for sexual reproduction

Question. Which one of the following pairs is wrongly matched while the remaining three are correct?
(a) Penicillium – Conidia
(b) Water hyacinth – Runner
(c) Bryophyllum – Leaf buds
(d) Agave – Bulbils

Question. The “eyes” of the potato tuber are
(a) root buds
(b) flower buds
(c) shoot buds
(d) axillary buds.

Question. In some plants, the female gamete develops into embryo without fertilisation. This phenomenon is known as
(a) parthenogenesis
(b) autogamy
(c) parthenocarpy
(d) syngamy.

Question. Which of the following flowers only once in its lifetime?
(a) Bamboo species
(b) Jackfruit
(c) Mango
(d) Papaya

Question. During regeneration, modification of an organ to other organ is known as
(a) morphogenesis
(b) epimorphosis
(c) morphallaxis
(d) accretionary growth.

Question. For union between stock and scion in grafting which one is the first to occur?
(a) Formation of callus
(b) Production of plasmodesmata
(c) Differentiation of new vascular tissues
(d) Regeneration of cortex and epidermis

Question. Which one of the following is monoecious?
(a) Marchantia
(b) Cycas
(c) Pinus
(d) Date palm

Question. Why is vivipary an undesirable character for annual crop plants?
(a) It reduces the vigour of the plant.
(b) It adversely affects the fertility of the plant.
(c) The seeds exhibit long dormancy.
(d) The seeds cannot be stored under normal conditions for the next season.

Question. Which one of the following plants is monoecious?
(a) Pinus
(b) Cycas
(c) Papaya
(d) Marchantia

Question. The sexual reproduction is absent in
(a) Spirogyra
(b) Nostoc
(c) Ulothrix
(d) Volvox.

Question. The process of series of changes from larva to adult after embryonic development is called
(a) regeneration
(b) growth
(c) metamorphosis
(d) ageing.

Question. The period from birth to the natural death of an organism represents
(a) gametophytic phase
(b) sporophytic phase
(c) life span
(d) life cycle

Question. Which ot the following has the longest life span ?
(a) Butterfly
(b) Crocodile
(c) Parrot
(d) Tortoise

Question. Which of the following statements is incorrect ?
(i) Bamboo species flower only once in their life time, generally after 50-100 years and produce large number of fruits and die.
(ii) In animals, the juvenile phase is followed by morphological and physiological changes prior to active reproductive behaviour.
(iii) The reproductive phase is of same duration in all organisms.
(iv) Juvenile phase is the period of growth between the birth of an individual till it reaches reproductive maturity.
(a) Only (i)
(b) Only (ii)
(c) Only (iii)
(d) Only (iv)

Question. A clone is a group of individuals obtained through
(a) self-pollination
(b) hybridization
(c) asexual reproduction
(d) cross-pollination

Question. Fleshy buds produced in the axil of leaves, which grow to form new plants when shed and fall on ground are called
(a) Bulbs
(b) Bulbils
(c) Tubers
(d) Offset

Question. The end of vegetative phase in plants which marks the beginning of the reproductive phase can be easily seen in the higher plants when they come to
(a) flower
(b) fertilize
(c) pollinate
(d) None of the above

Question. Development of an egg without fertilization is called
(a) gametogenesis
(b) metagenesis
(c) oogenesis
(d) parthenogenesis

Question. Oestrus cycle is seen in
(a) cows and sheep
(b) rats and deers
(c) dogs and tiger
(d) all of the above 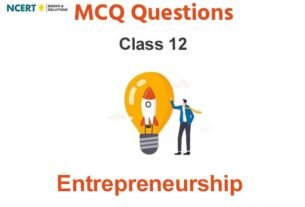 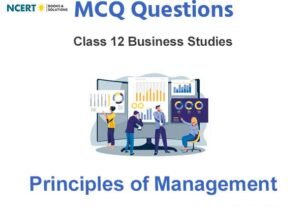