See below Environmental Issues Class 12 Biology MCQ Questions, solve the questions and compare your answers with the solutions provided below.

Question. Which is the cause of damage to relative biological effectiveness?
(a) High temperature
(b) Pollution
(c) Radiation
(d) Low temperature

Question. Which of the following is a secondary pollutant?
(a) PAN
(b) Aerosol
(c) CO
(d) CO2

Question. Which one of the following statements is not valid for aerosols?
(a) They alter rainfall and monsoon patterns.
(b) They cause increased agricultural productivity.
(c) They have negative impact on agricultural land.
(d) They are harmful to human health

Question. Acid rain is caused by increase in the atmospheric concentration of
(a) CO2 and CO
(b) O3 and dust
(c) SO2 and NO2
(d) SO3 and CO.

Question. Which of the following are most suitable indicators of SO2 pollution in the environment?
(a) Algae
(b) Fungi
(c) Lichens
(d) Conifers

Question. A location with luxuriant growth of lichens on the trees indicates that the
(a) trees are very healthy
(b) trees are heavily infested
(c) location is highly polluted
(d) location is not polluted.

Question. Which one of the following is not correct with regard to the harmful effects of particulate matter ofthe size 2.5 micrometer or less?
(a) It can cause respiratory problems.
(b) It can directly enter into our circulatory system.
(c) It can cause inflammation and damage to the lungs.
(d) It can be inhaled into the lungs.

Question. dB is a standard abbreviation used for the quantitative expression of
(a) the density of bacteria in a medium
(b) a particular pollutant
(c) the dominant Bacillus in a culture
(d) a certain pesticide.

Question. According to Central Pollution Control Board (CPCB), which particulate size in diameter (in micrometers) of the air pollutants is responsible for greatest harm to human health?
(a) 1.0 or less
(b) 5.2 – 2.5
(c) 2.5 or less
(d) 1.5 or less

Question. In a coal fired power plant electrostatic precipitators are installed to control emission of
(a) NOX
(b) SPM
(c) CO
(d) SO2.

Question. Which of the following is pollution related disorder?
(a) Silicosis
(b) Pneumonicosis
(c) Fluorosis
(d) Leprosis

Question. Which of the following is the use of lichens in case of pollution?
(a) They promote pollution.
(b) Lichens are not related with pollution.
(c) They treat the polluted water.
(d) They act as bioindicators of pollutions.

Question. The Taj Mahal is threatened due to the effect of
(a) oxygen
(b) hydrogen
(c) chlorine
(d) sulphur dioxide.

Question. The toxic effect of carbon monoxide is due to its greater affinity for haemoglobin as compared to oxygen approximately by
(a) 200 times
(b) 1000 times
(c) 2 times
(d) 20 times.

Question. The supersonic jets cause pollution by the thinning of
(a) O2 layer
(b) O3 layer
(c) CO2 layer
(d) SO2 layer.

Question. Carbon monoxide is a pollutant because
(a) reacts with haemoglobin
(b) makes nervous system inactive
(c) it reacts with O2
(d) it inhibits glycolysis.

Question. Acid rain is due to increase in atmospheric concentration of
(a) ozone and dust
(b) CO2 and CO
(c) SO3 and CO
(d) SO2 and NO2.

Question. Acid rains are produced by
(a) excess NO2 and SO2 from burning fossil fuels
(b) excess production of NH3 by industry and coalgas
(c) excess release of carbon monoxide by incomplete combustion
(d) excess formation of CO2 by combustion and animal respiration.

Question. Which one is not a pollutant normally?
(a) Hydrocarbon
(b) Carbon dioxide
(c) Carbon monoxide
(d) Sulphur dioxide

Question. Eutrophication of water bodies leading to killing of fishes is mainly due to non-availability of
(a) essential minerals
(b) oxygen
(c) food
(d) light.

Question. Increase in concentration of the toxicant at successive trophic levels is known as
(a) biotransformation
(b) biogeochemical cycling
(c) biomagnification
(d) biodeterioration.

Question. High value of BOD (Biochemical Oxygen Demand) indicates that
(a) water is less polluted
(b) consumption of organic matter in the water is higher by the microbes
(c) water is pure
(d) water is highly polluted.

Question. The highest DDT concentration in aquatic food chain shall occur in
(a) phytoplankton
(b) seagull
(c) crab
(d) eel.

Question. A river with an inflow of domestic sewage rich in organic waste may result in
(a) an increased production of fish due to biodegradable nutrients
(b) death of fish due to lack of oxygen
(c) drying of the river very soon due to algal bloom
(d) increased population of aquatic food web organisms.

Question. Biochemical oxygen demand (BOD) in a river water
(a) has no relationship with concentration of oxygen in the water
(b) gives a measure of Salmonella in the water
(c) increases when sewage gets mixed with river water
(d) remains unchanged when algal bloom occurs.

Question. In an area where DDT had been used extensively, the population of birds declined significantly because
(a) birds stopped laying eggs
(b) earthworms in the area got eradicated
(c) cobras were feeding exclusively on birds
(d) many of the birds eggs laid, did not hatch.

Question. Which one of the following is not a bioindicator of water pollution?
(a) Blood-worms
(b) Stone flies
(c) Sewage fungus
(d) Sludge-worms 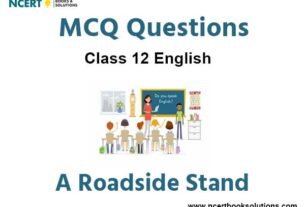 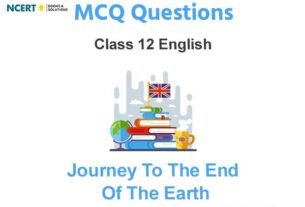 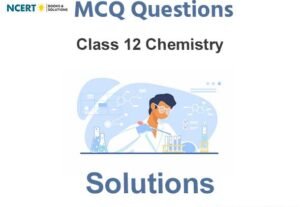