Principles of Inheritance and Variation Class 12 MCQ Questions with Answers

See below Principles of Inheritance and Variation Class 12 Biology MCQ Questions, solve the questions and compare your answers with the solutions provided below.

Question. In his classic experiments on pea plants, Mendel did not use
(a) seed shape
(b) flower position
(c) seed colour
(d) pod length.

Question. How many pairs of contrasting characters in pea plants were studied by Mendel in his experiments?
(a) Eight
(b) Seven
(c) Five
(d) Six

Question. Which one of the following traits of garden pea studied by Mendel was a recessive feature?
(a) Axial flower position
(b) Green seed colour
(c) Green pod colour
(d) Round seed shape

Question. The genes controlling the seven pea characters studied by Mendel are now known to be located on how many different chromosomes?
(a) Seven
(b) Six
(c) Five
(d) Four

Question. How many true breeding pea plant varieties did Mendel select as pairs, which were similar except in one character with contrasting traits?
(a) 4
(b) 2
(c) 14
(d) 8

Question. Among the following characters, which one was not considered by Mendel in his experiments on pea?
(a) Trichomes-Glandular or non-glandular
(b) Seed-Green or yellow
(c) Pod-Inflated or constricted
(d) Stem-Tall or dwarf

Question. How many different genotypes are possible from a cross between the parents RR and rr
a) Four
b) One
c) Three
d) Two

Question. If heterozygous round seeded pea plants are self pollinated, the offsprings will be
a) 75% round
b) 50% heterozygous
c) 25% rr
d) All of these

Question. Mendel developed his basic principles of heredity by
a) Microscopic study of chromosomes and genes
b) Mathematical analysis of the offspring of Pea plant
c) Breeding experiments with Drosophila
d) Anatomical studies of Pea plant

Question. Which of the following disorder shows Criss cross inheritance?
a) Haemophilia
b) Colour blindness
c) Erythroblastosis foetalis
d) (a) & (b)

Question. The “cri-du-chat” syndrome is caused by change in chromosome structure involving
a) Deletion
b) Duplication
c) Inversion
d) Translocation

Question. Eyes that slant upwards with epicanthus is a characteristic of
a) Klinefelter’s syndrome
b) Turner’s syndrome
c) Down’s syndrome
d) Super female

Question. Identify the wrong statement with reference to the gene ‘I’ that controls ABO blood groups.
(a) The gene (I) has three alleles.
(b) A person will have only two of the three alleles.
(c) When IA and IB are present together, they express same type of sugar.
(d) Allele i does not produce any sugar.

Question. A gene showing co-dominance has
(a) alleles that are recessive to each other
(b) both alleles independently expressed in the heterozygote
(c) one allele dominant on the other
(d) alleles tightly linked on the same chromosome.

Question. Multiple alleles are present
(a) at the same locus of the chromosome
(b) on non-sister chromatids
(c) on different chromosomes
(d) at different loci on the same chromosome.

Question. A test cross is carried out to
(a) determine the genotype of a plant at F2
(b) predict whether two traits are linked
(c) assess the number of alleles of a gene
(d) determine whether two species or varieties will breed successfully.

Question. Which contribute to the success of Mendel?
(a) Qualitative analysis of data
(b) Observation of distinct inherited traits
(c) His knowledge of biology
(d) Consideration of one character at one time

Question. ABO blood groups in humans are controlled by the gene I. It has three alleles – IA, IB and i. Since there are three different alleles, six different genotypes are possible. How many henotypes can occur?
(a) Three
(b) One
(c) Four
(d) Two

Question. ABO blood grouping is controlled by gene I which has three alleles and show co-dominance. There are six genotypes. How many phenotypes in all are possible?
(a) Six
(b) Three
(c) Four
(d) Five

Question. A cross in which an organism showing a dominant phenotype is crossed with the recessive parent in order to know its genotype is called
(a) monohybrid cross
(b) back cross
(c) test cross
(d) dihybrid cross.

Question. The genotype of a plant showing the dominant phenotype can be determined by
(a) test cross
(b) dihybrid cross
(c) pedigree analysis
(d) back cross.

Question. Which one of the following cannot be explained on the basis of Mendel’s law of dominance?
(a) The discrete unit controlling a particular character is called a factor.
(b) Out of one pair of factors one is dominant, and the other recessive.
(c) Alleles do not show any blending and both the characters recover as such in F2 generation.
(d) Factors occur in pairs.

Question. Phenotype of an organism is the result of
(a) genotype and environment interactions
(b) mutations and linkages
(c) cytoplasmic effects and nutrition
(d) environmental changes and sexual dimorphism

Question. When dominant and recessive alleles express itself together it is called
(a) co-dominance
(b) dominance
(c) amphidominance
(d) pseudodominance.

Question. An organism with two identical alleles is
(a) dominant
(b) hybrid
(c) heterozygous
(d) homozygous

Question. A man of A-blood group marries a woman of AB blood group. Which type of progeny would indicate that man is heterozygous A?
(a) AB
(b) A
(c) O
(d) B

Question. The contrasting pairs of factors in Mendelian crosses are called
(a) multiple alleles
(b) allelomorphs
(c) alloloci
(d) paramorphs.

Question. RR (Red) Antirrhinum is crossed with white (WW) one. Offspring RW are pink. This is an example of
(a) dominant-recessive
(b) incomplete dominance
(c) hybrid
(d) supplementary genes.

Question. A child of O-group has B-group father. The genotype of father will be
(a) IOIO
(b) IBIB
(c) IAIB
(d) IBIO.

Question. Experimental verification of the chromosomal theory of inheritance was done by
(a) Mendel
(b) Sutton
(c) Boveri
(d) Morgan.

Question. The mechanism that causes a gene to move from one linkage group to another is called
(a) inversion
(b) duplication
(c) translocation
(d) crossing-over.

Question. The movement of a gene from one linkage group to another is called
(a) translocation
(b) crossing over
(c) inversion
(d) duplication.

Question. Which of the following statements is not true of two genes that show 50% recombination frequency?
(a) The gene show independent assortment.
(b) If the genes are present on the same chromosome, they undergo more than one cross-overs in every meiosis.
(c) The genes may be on different chromosomes.
(d) The genes are tightly linked. 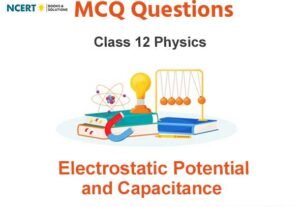