See below Molecular Basis of Inheritance Class 12 Biology MCQ Questions, solve the questions and compare your answers with the solutions provided below.

Question. The association of histone H1 with a nucleosome indicates that
(a) DNA replication is occurring
(b) the DNA is condensed into a chromatin fibre
(c) the DNA double helix is exposed
(d) transcription is occurring.

Question. What are the structures called that give an appearance as ‘beads-on-string’ in the chromosomes hen viewed under electron microscope?
(a) Genes
(b) Nucleotides
(c) Nucleosomes
(d) Base pairs

Question. Which one of the following does not follow the central dogma of molecular biology?
(a) Pea
(b) Mucor
(c) Chlamydomonas
(d) HIV

Question. Which one of the following statements about the particular entity is true ?
(a) Centromere is found in animal cells, which produces aster during cell division.
(b) The gene for producing insulin is present in every body cell.
(c) Nucleosome is formed of nucleotides.
(d) DNA consists of core of eight histones

Question. Which one of the following pairs of nitrogenous bases of nucleic acids, is wrongly matched with the category mentioned against it?
(a) Guanine, Adenine – Purines
(b) Adenine, Thymine – Purines
(c) Thymine, Uracil – Pyrimidines
(d) Uracil, Cytosine – Pyrimidines

Question. Which one of the following hydrolyses internal phosphodiester bonds in a polynucleotide chain?
(a) Lipase
(b) Protease
(c) Endonuclease
(d) Exonuclease

Question.  Select the incorrect statement out of the five given below about lac operon when Lactose is present in the medium.
a) Gene – A gets transcribed into mRNA which produces β-galactoside permease
b) Inducer-Repressor complex is formed
c) Lactose inactivates repressor protein
d) RNA polymerase transcribe Z-gene, Y-gene and A-gene
e) Allolactose is the inducer of lac operon

Question. Enzyme which can break and seal the DNA strand
a) Topoisomease II
(b) Helicase
(c) Primase
(d) Restriction endonuclease

Question. The transcription initiation factor associated with the RNA polymerase holoenzyme in prokaryotes is
(a) β
(b) ω
(c) σ
(d) αI

Question. Hershey and Chase experiment proving DNA as the genetic material was based on the principle
a) Transduction
b) transformation
c) transcription
d) translation

Question. The structural genes of lac operon transcribe mRNA which is
a) polycistronic
b) replicative
c) monokaryotic
d) monocistronic

Question. Arrange the following events in the order of synthesis of a protein
i) A peptide bond forms
ii) A tRNA matches its anticodon to the codon in the A- site
iii) The movement of second tRNA complex from A-site to P-site
iv) The large subunit attaches to the small subunit and the initiator tRNA fits in the P-site
v) A small subunit binds to the mRNA
vi) The activated amino acid tRNA complex attaches the initiation codon on mRNA
a) iv, v, iii, ii, i, vi
b) iv, vi, v, ii, I, iii
c) v, iv, iii, ii, vi, I
d) v, vi, iv, ii, i, iii

Question. Which of the statements give below is correct with respect to frameshift mutation
a) a single nucleotide base change, insertion, or deletion of the genetic material
b) Glutamine is replaced by valine
c) Sickle cell anemia is an example
d) insertions or deletions of a number of nucleotides in a DNA sequence that is not divisible by three.

Question. DNA is mainly found in
(a) nucleolus
(b) nucleus only
(c) cytoplasm only
(d) none of these.

Question. In DNA, when AGCT occurs, their association is as per which of the following pair?
(a) AT-GC
(b) AG-CT
(c) AC-GT
(d) All of these

Question. A DNA with unequal nitrogen bases would most probably be
(a) single stranded
(b) double stranded
(c) triple stranded
(d) four stranded.

Question. Nucleotide arrangement in DNA can be seen by
(a) X-ray crystallography
(b) electron microscope
(c) ultracentrifuge
(d) light microscope.

Question. The experimental proof for semi-conservative replication of DNA was first shown in a
(a) fungus
(b) bacterium
(c) plant
(d) virus.

Question. Genes are packaged into a bacterial chromosome by
(a) acidic protein
(b) actin
(c) histones
(d) basic protein.

Question. The final proof for DNA as the genetic material came from the experiments of
(a) Hershey and Chase
(b) Avery, MacLeod and McCarty
(c) Hargobind Khorana
(d) Griffith.

Question. The Pneumococcus experiment proves that
(a) bacteria do not reproduce sexually
(b) RNA sometime controls the production of DNA and proteins
(c) DNA is the genetic material
(d) bacteria undergo binary fission.

Question. DNA synthesis can be specifically measured by estimating the incorporation of radio-labelled
(a) thymidine
(b) deoxyribose sugar
(c) uracil
(d) adenine.

Question. Transformation was discovered by
(a) Meselson and Stahl
(b) Hershey and Chase
(c) Griffith
(d) Watson and Crick.

Question. The unequivocal proof of DNA as the genetic material came from the studies on a
(a) bacterium
(b) fungus
(c) viroid
(d) bacterial virus.

Question. The transforming principle of Pneumococcus as found out by Avery, MacLeod and McCarty was
(a) mRNA
(b) DNA
(c) protein
(d) polysaccharide.

Question. During replication of a bacterial chromosome DNA synthesis starts from a replication origin site and
(a) RNA primers are involved
(b) is facilitated by telomerase
(c) moves in one direction of the site
(d) moves in bidirectional way.

Question. There are special proteins that help to open up DNA double helix in front of the replication fork. These proteins are
(a) DNA ligase
(b) DNA topoisomerase I
(c) DNA gyrase
(d) DNA polymerase I.

Question. Who proved that DNA is basic genetic material?
(a) Griffith
(b) Watson
(c) Boveri and Sutton
(d) Hershey and Chase

Question. Which one of the following is not applicable to RNA?
(a) Heterocyclic nitrogenous bases
(b) Chargaff’s rule
(c) Complementary base pairing
(d) 5’ phosphoryl and 3’ hydroxyl ends

Question. Experimental material in the study of DNA replication has been
(a) Escherichia coli
(b) Neurospora crassa
(c) Pneumococcus
(d) Drosophila melanogaster.

Question. Spliceosomes are not found in cells of
(a) fungi
(b) animals
(c) bacteria
(d) plants.

Question. The equivalent of a structural gene is
(a) muton
(b) cistron
(c) operon
(d) recon 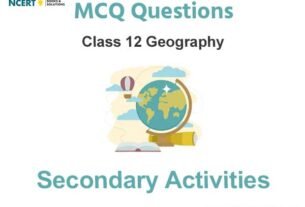 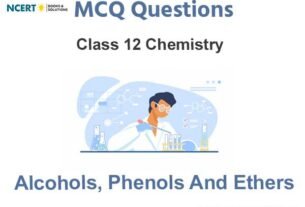