See below Surface Chemistry Class 12 Chemistry MCQ Questions, solve the questions and compare your answers with the solutions provided below.

Question. The physical adsorption of gases on the solid surface is due to:
(a) Covalent bond
(b) Hydrogen bond
(c) Ionic bond
(d) Van der waal’s forces

Question. The electrical charge on a colloidal particle is observed by:
(a) Ultramicroscope
(b) Scattering
(c) Brownian movement
(d) Electrophoresis

Question. Purple of cassius is colloidal solution of :
(a) Silver
(b) Lead
(c) Gold
(d) Mercury

Question. Which is not correct regarding the adsorption of a gas on surface of a solid?
(a) On increasing temperature adsorption increases continuously.
(b) Enthalpy and entropy change is negative.
(c) Adsorption is more for some specific substance.
(d) It is a reversible reaction.

Question. Which one of the following statements is not correct?
(a) The value of equilibrium constant is changed in the presence of a catalyst in the reaction at equilibrium.
(b) Enzymes catalyse mainly biochemical reactions.
(c) Coenzymes increase the catalytic activity of enzyme.
(d) Catalyst does not initiate any reaction.

Question. The enzyme which hydrolyses triglycerides to fatty acids and glycerol is called
(a) maltase
(b) lipase
(c) zymase
(d) pepsin.

Question. Cow milk, an example of natural emulsion is stabilised by
(a) fat
(b) water
(c) casein
(d) Mg2+ ions

Question. When a beam oflight is passed through a collodial solution it
(a) is reflected
(b) is scattered
(c) transmitted
(d) absorbed
(e) refracted

Question. The movement of colloidal particles, under applied electric current is known as :
(a) electrodialysis
(b) dialysis
(c) electrophoresis
(d) none of the above

Question. A catalyst
(a) changes the equilibrium constant
(b) lowers the activation energy
(c) increases the forward and backward reactions at different speeds.
(d) follows same mechanism for the reaction.

Question. Which of the following is a lyophobic colloidal solution ?
(a) Aqueous starch solution
(b) Aqueous protein solution
(c) Gold solution
(d) Polymer solvent in some organic solvents

Question. Which property of colloidal solution is independent of charge on the colloidal particles?
(a) Electroosmosis
(b) Tyndall effect
(c) Coagulation
(d) Electrophoresis

Question. Which of the following electrolyte will have maximum flocculation value for Fe(OH)3 sol?
(a) NaCl
(b) Na2S
(c) (NH4)3PO4
(d) K2SO4

Question. Which one of the following method is commonly used method for destruction of colloid?
(a) Dialysis
(b) Condensation
(c) Filteration by animal membrane
(d) By adding electrolyte

Question. Which of the following ions will have the minimum coagulating value for the sol obtained by adding FeCl3 solution to slight excess of NaOH
(a) SO2-4
(b) [Fe(CN)6 ]3-
(c) Ba2+
(d) Al3+

Question. The disease kala azar is caused by
(a) colloidal antimony
(b) milk of magnesia
(c) argyrols
(d) colloidal gold

Question. Which one of the following statements is incorrect about enzyme catalysis?
(a) Enzymes are mostly proteinous in nature.
(b) Enzyme action is specific.
(c) Enzymes are denatured by ultraviolet rays and at high temperature.
(d) Enzymes are least reactive at optimum temperature.

Question. Which of the following small sized elements can replace the silicon and aluminium in the frame work at zeolites?
(a) Boron
(b) Magnesium
(c) Phosphorus
(d) All of these

Question. KClO3 on heating decomposes into KCl and O2. If some MnO2 is added, the reaction goes much faster because
(a) MnO2 decomposes to give oxygen
(b) MnO2 acts as catalyst
(c) MnO2 provides heat by reacting
(d) MnO2 provides better contact

Question. The catalyst which is a zeolite can convert alcohol to various types of gasoline (petrol) by shape selective catalysis is
(a) erionite
(b) ZSM-5
(c) gemelinite
(d) fanzasite

Question. The void space in zeolites forms more than 50% of the total volume which is occupied by
(a) silicates
(b) aluminates
(c) water molecules
(d) Na+ , Mg2+ and Ca2+ ions 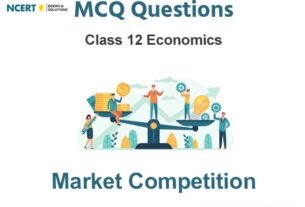 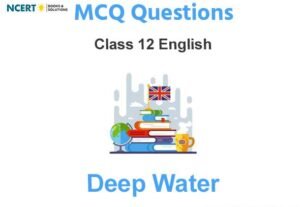 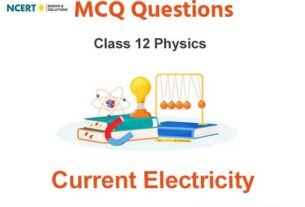