See below The d and f Block Elements Class 12 Chemistry MCQ Questions, solve the questions and compare your answers with the solutions provided below.

Question. Identify the incorrect statement.
(a) Cr2+ (d4) is a stronger reducing agent than Fe2+ (d6) in water.
(b) The transition metals and their compounds are known for their catalytic activity due to their ability to adopt multiple oxidation states and to form complexes.
(c) Interstitial compounds are those that are formed when small atoms like H, C or N are trapped inside the crystal lattices of metals.
(d) The oxidation states of chromium in CrO42– and Cr2O72– are not the same.

Question. Which of the following processes does not involve oxidation of iron?
(a) Formation of Fe(CO)5 from Fe.
(b) Liberation of H2 from steam by iron at high temperature.
(c) Rusting of iron sheets.
(d) Decolourisation of blue CuSO4 solution by iron.

Question. Identify the alloy containing a non-metal as a constituent in it.
(a) Invar
(b) Steel
(c) Bell metal
(d) Bronze

Question. The catalytic activity of transition metals and their compounds is ascribed mainly to
(a) their magnetic behaviour
(b) their unfilled d-orbitals
(c) their ability to adopt variable oxidation states
(d) their chemical reactivity.

Question. Which one of the elements with the following outer orbital configurations may exhibit the largest number of oxidation states?
(a) 3d54s1
(b) 3d54s2
(c) 3d24s2
(d) 3d34s2

Question. Silver, gold, platinum, iron, copper and titaniwn are part of the
(a) minerals
(b) transition metals
(c) salts
(d) All of these

Question. The catalytic activity of the transition metals and their compounds is described to
(a) their chemical reactivity
(b) their magnetic behaviour
(c) their unfilled d-orbitals
(d) their ability to adopt multiple oxidation states and their complexing ability
(e) None of the above

Question. The colour of light absorbed by an aqueous solution of CuSO4 is
(a) orange-red
(b) blue-green
(c) yellow
(d) violet

Question. For the given aqueous reaction which of the statement(s) is (are) true?

Question. A metal gets coated with a green basic carbonate when exposed at atmosphere. Metal is
(a) copper
(b) zinc
(c) iron
(d) silver

Question. Silver iodide is used for producing artificial rain because Agl
(a) is easy to synthesise
(b) has crystal structure similar to ice
(c) is insoluble in water
(d) is easy to spray at high altitude

Question. Four successive members of the first row transition elements are listed below with their atomic numbers.
Which one of them is expected to have the highest third ionisation enthalpy?
(a) Vanadium (Z = 23)
(b) Chromium (Z = 24)
(c) Manganese (Z = 25)
(d) Iron (Z = 26)

Question. Which one of the following characteristics of the transition metals is associated with their catalytic activity?
(a) High enthalpy of atomization
(b) Paramagnetic behaviour
(c) Colour of hydrated ions
(d) Variable oxidation states

Question. Which of the following shows maximum number of oxidation states?
(a) Cr
(b) Fe
(c) Mn
(d) V

Question. In which of the following compounds transition metal has zero oxidation state?
(a) NOClO4
(b) NH2NH2
(c) CrO5
(d) [Fe(CO)5]

Question. The mercury is the only metal which is liquid at 0°C.
This is due to its
(a) high vapour pressure
(b) weak metallic bond
(c) high ionization energy
(d) both (b) and (c).

Question. Which one of the following statements is correct when SO2 is passed through acidified K2Cr2O7 solution?
(a) SO2 is reduced.
(b) Green Cr2(SO4)3 is formed.
(c) The solution turns blue.
(d) The solution is decolourised.

Question. Assuming complete ionisation, same moles of which of the following compounds will require the least amount of acidified KMnO4 for complete oxidation?
(a) FeSO3
(b) FeC2O4
(c) Fe(NO2)2
(d) FeSO4

Question. The number of moles of KMnO4 reduced by one mole of KI in alkaline medium is
(a) one
(b) two
(c) five
(d) one fifth.

Question. Which one of the following statements related to lanthanons is incorrect?
(a) Europium shows +2 oxidation state.
(b) The basicity decreases as the ionic radius decreases from Pr to Lu.
(c) All the lanthanons are much more reactive than aluminium.
(d) Ce(+4) solutions are widely used as oxidizing agent in volumetric analysis. 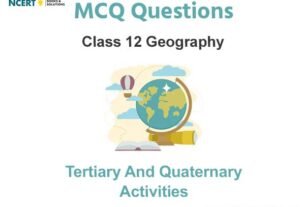 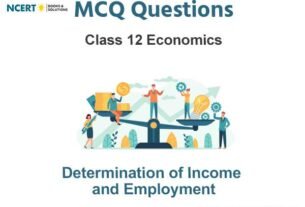 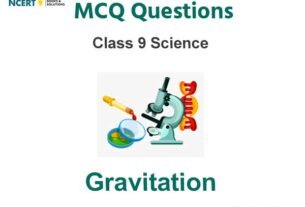