See below Introduction to Micro Economics Class 12 Economics MCQ Questions, solve the questions and compare your answers with the solutions provided below.

Question. When an individual saves a part of his income, then this is considered as a way to meet uncertainties of future but national savings leads to economics slowdown. Choose from the options below.
(a) True
(b) False
(c) Partially true
(d) Income statement

Question. Theories of microeconomics and macroeconomics are interdependent.
Choose from the options below.
(a) True
(b) False
(c) Partially true
(d) Incomplete statement

Question. Choose the correct statement from the given below.
(a) In a centrally planned economy, economic decisions are governed by profit motive as per decision of Central Bank of the country.
(b) Normative statements are those which pass value judgement and economic problems as they are.(c) There is limited degree of aggregation present in microeconomics whereas macroeconomics has greater degree of aggregation.
(d) Central problems of an economy and problem of choice are two different issues that only mixed economies faces.

Question. An entrance examination has 200 questions in total. Each correct answer gives 1 mark with a negative mark of 1/4 for each incorrect answer. What is the opportunity cost of 30 incorrect questions?
(a) 7.5
(b) 30
(c) 37.5
(d) Can’t be determined

Question. Which of following is a study of micro Economics?
(a) Aggregate consumption
(b) national income
(c) Software industry
(d) none of these

Question. The government does not interfere in the process of decision-making under:
(a) Market economy
(b) centrally planned economy
(c) mixed economy
(d) none of these

Question. Which of the following is the example of economic activity?
(a) Production
(b) consumption
(c) exchange
(d) all of these

Question. Economic problem arises due to:
(a) Limited wants
(b) scarce means
(c) alternative uses
(d) both (b) and (c)

Question. Which of the following is not concerned with the problem of choice?
(a) Excessive income
(b) alternative use of resources
(c)unlimited wants
(d) scare resources

Question. Which of the following is related to the problem ‘how to produce’?
(a) Factoral distribution of income
(b) the choice of technique
(c) the choice of product
(d) none of these

Question. Microeconomics studies the economic activities of …………… units.
(a) Non-economic
(b) scare
(c) individual
(d) none of these

Question. Which of the following is a study of Macroeconomics?
(a) An economy
(b) an industry
(c) a firm
(d) a consumer

Question. …………… is driven by the forces of supply and demand.
(a) Mixed economy
(b) market economy
(c) social economy
(d) centrally planned economy

Question. The resources for satisfying human wants are:
(a) Limited
(b) unlimited
(c) available at zero prices
(d) none of these

Question. Which of following is an alternative name given to Micro economics …..?
(a) Factor price theory
(b) income & employment theory
(c) price theory
(d) none of hese

Question. Consumer is sovereign under:
(a) Controlled economy
(b) free economy
(c) mixed economy
(d) both (a) and (c)

Question. Which of the following is Not an economic activity ….?
(a) Public finance
(b) a teacher teaching in a class
(b) (c) a minister in the cabinet
(d) mother teaching his son

Question. Positive economic involves statements which are:
(a) Verifiable
(b) not verifiable
(c) may or may not be verifiable
(d) none of these

Direction Read the following case study and answer questions on the basis of the same.

Economics is about how people make decisions given their limited resources. The decisions are taken with regard to the basic economic activities such as production and consumption of goods and services and saving and investment. However, taking decision is not easy or simple. One must estimate the wants and the availability of resources while taking decisions on production of goods and services. Similarly, distribution of the produced goods in the society needs to be done properly. The basic problems central to any economy, therefore, relate to production, consumption and distribution.

Question. The basic central problem of an economy is related to
(a) production
(b) consumption
(c) distribution
(d) All of these

Question. Unlimited human wants are the most dominant reason behind the economic problems. Choose from the options below.
(a) True
(b) False
(c) Partially true
(d) Incomplete statement

Question. Which of the following components impacts the production decision in an economy?
(a) Wants
(b) Availability of resources
(c) Both (a) and (b)
(d) Neither (a) nor (b)

Question. Economics is always about making choice with given ……… .
(a) goods
(b) production
(c) investment
(d) resources

Direction Read the following case study and answer questions on the basis of the same.

Question. ‘‘Removal of Common Agricultural Policies related to subsidies will raise farm prices in developing countries.’’ The above statement is a … economics.
(a) positive
(b) normative
(c) Both (a) and (b)
(d) Neither (a) nor (b)

Question. The validity of normative science can ……… be tested using any statistical method.
(a) always
(b) never
(c) sometimes
(d) None of these

Question. Normative statements can be rephased to make it positive statement with any change in the actual purpose. Choose from the options below.
(a) True
(b) False
(c) Partially true
(d) Incomplete statement 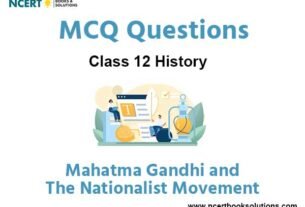 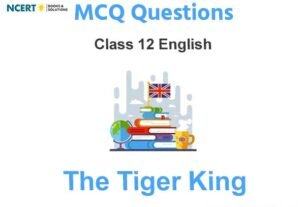