Please go through the below Introduction to Macro Economics MCQ Questions Class 12 Economics. Please put your questions in the comments section so that our teachers and provide you an answer.

Question. “ Inflation is always and everywhere a monetary phenomenon” these are the famous words of
A. Milton Friedman
B. Adam Smith
C. David Ricardo
D. J M Keynes

Question. Wage price flexibility is the contribution of which of the following economist?
A. J B Say
B . J M Keynes
C. J S Mill
D. A C Pigou

Question. Which among the following is not a tool of fiscal policy
A. Government expenditure
B. Taxation
C. Transfer payments
D. Bank rate

Question. Which among the following does not have the application of multiplier
a. Determination of income
b. Fiscal policy
c. Monetary policy
d. Foreign direct investment

Question. Under Keyne’s consumption function consumption is a _______ function of income
a. Unstable
b. Inverse
c. Stable
d. Neutral

Question. Under Keynesian theory employment and output is determined by
A. Saving investment equality
B. Production function
C. Effective demand
D. Demand for money and supply of money

Question. An increase in output and employment in the economy which arise out of increasing consumption demand and rise in real wealth is called
A. Demonstration effect
B. Keynes effect
C. Income effect
D. Pigou effect

Question. Average number of times a unit of money changes from one hand to another is called
A. price level
B. Money supply
C. Value of money
D. Velocity of circulation

Question. Who is considered as the father of modern macroeconomics?
A. Ragner Frisch
B. Adam smith
C. J M Keynes
D. Milton Friedman

Question. In equation C= a+by, a indicates
A. consumption at zero level of income
B. Average propensity to consume
C. MPC
D. None of the above

Question. Those goods which are meant for final use of consumption are known as
A. Consumer goods
B. Value added goods
C. Intermediate goods
D. All the above

Question. A laptop purchased by consumer is an example of
A. An intermediate good
B. A consumer good
C. Intermediate consumption
D. None of the above

Question. Which of the following is an example of capital expenditure
A. spending on laptops by consumers
B. spending on power-looms by business firms
C. spending on infrastructure by Government
D. Both B&C

Question. Under Simple Keynesian model the aggregate price level
A. Vary for a short period
B. Fixed in long run
C. Fixed
D. None of the above

Question. Transaction demand for money is a function of:
A income
B interest
C prince
C inflation

Question. The value of MPC in Keynesian model is:
A greater than zero and less than one
B MPC=1
C MPC greater than one
D None of the above

Question. Stock variable is measured :
a)At a point of time
b) During a period of time
c) In an accounting year
d) None of these

Question. Macro-static equilibrium implies:
a)A complete absence of change
b) A change at an unchanged rate
c) A change in only absolute values
d) None of these

Question. Which of the following is a phase of Circular flow of income?
a) Generation phase
b) Distribution phase
c) Disposition phase
d) All of these

Question. Cororate tax is not a part of :
a) Personal Income
b) Naional income
c) Domestic income
d) Private income

Question. In which type of economy, domestic income is equal to national income?
a) OPen economy
b) Closed Economy
c) Both a and b
d) Neither a nor b

Question. ‘Distributed Profits’ is also known as:
a)Corporate tax
b) Dividend
c) Retained Earnings
d) None of these 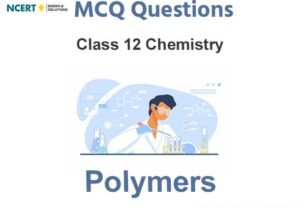