See below Human Settlements Class 12 Geography MCQ Questions, solve the questions and compare your answers with the solutions provided below.

Question. Name the ‘urban agglomeration’ having the highest share of immigration population in India.
(A) Port Blair
(B) Mumbai
(C) Amritsar
(D) Chennai

Question. Larger settlements which are specialising in secondary and tertiary activities are known as :
(A) rural settlements
(B) urban settlements
(C) sub-urbans
(D) rented settlements

Question. The urban settlements are generally compact and :
(A) smaller in size
(B) larger in size
(C) medium in size
(D) has no relation to size

Question. Towns and cities are generally classified on the basis of the_______ they perform.
(A) function
(B) size
(C) contribution
(D) None of the Above

Question. The towns that have developed in mineral rich 0+6areas are known as :
(A) mining towns
(B) tourist towns
(C) educational town
(D) administrative town

Question. The level of urbanisation is measured in terms of__________ of urban population to total population.
(A) Percentage
(B) Ratio
(C) Population
(D) None of the Above

Question. Cluster of dwellings of any type or size where human beings live is known as :
(A) human settlement
(B) human development
(C) human displacement
(D) human cluster

Question. Name any modern town built by the British in modern style.
(A) Chandigarh
(B) Patna
(C) Mumbai
(D) Kochi

Question. Urban centre with population of more than one lakh is called a :
(A) class I town
(B) class II town
(C) class III town
(D) class IV town

Question. Arrange the following categories of towns in a sequence order according to their development in India.
(i) Ancient towns
(ii) Ultra-modern towns
(iii) Metropolitans
(iv) Modern towns
Options:
(A) i, iv, iii, ii
(B) iv, i, iii, ii
(C) ii, iv, i, iii
(D) iii, ii, iv, i

Question. Towns and cities specialising in trade and commerce are known as __________towns.
(A) Trade
(B) Commercial
(C) Commerce
(D) Port

Question. Name the metropolitan city of Karnataka State as per 2011 census.
(A) Karwar
(B) Bengaluru
(C) Hoobli
(D) Mangalore

Question. Ghaziabad, Rohtak, Gurugram and Faridabad are:
(A) Rural areas
(B) Satellite cities
(C) Urban cities
(D) None of the Above

Question. Assertion (A): Unlike rural settlements, urban settlements are generally compact and larger in size.
Reason (R): The settlement size is large and there is high density of population.
Ans. Option (A) is correct.

Question. Assertion (A): In India compact village of a few hundred houses is a rather universal feature,particularly in the northern plains.
Reason (R): People live in compact village for security or defence reasons. In some areas scarcity of water has necessitated compact settlement for maximum utilisation of available water resources.

Question. Assertion (A): The objective of the Smart Cities Mission is to promote cities that provide core infrastructure, a clean and sustainable environment and give a decent quality of life to its citizens.
Reason (R): One of the features of Smart Cities is to apply smart solutions to infrastructure and services in order to make them better.

Question. Assertion (A): Cities are functionally linked to rural areas around them.
Reason (R): Exchange of goods and services is performed sometimes directly and sometimes through a series of market towns and cities.

Question. Assertion (A): Settlements vary in size and type.
Reason (R): They range from a hamlet to metropolitan cities.

Question. Assertion (A): Even specialised cities, as they grow into metropolises become multifunctional.
Reason (R): The functions do not get intertwined and the city can be categorised in a particular functional class.

Question. Assertion (A): Clustered village is a universal feature in the northern plains.
Reason (R): Clustered villages are found in areas of level and fertile land. Major portion of the population is landless; hence they are bound to live together.

Question. Assertion (A): People may erect houses and other structures and command some area or territory as their temporary support-base.
Reason (R): The process of settlement inherently involves grouping of people and apportioning of territory as their resource base.

Question. Assertion (A): Total urban population has increased eleven-fold during the twentieth century.
Reason (R): Enlargement of urban centres and emergence of new towns have played a significant role in the growth of urban population and urbanisation in the country. 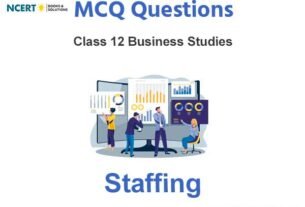 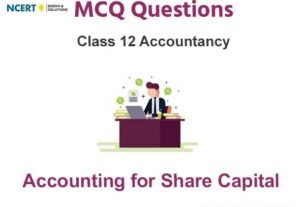