See below Water Resources Class 12 Geography MCQ Questions, solve the questions and compare your answers with the solutions provided below.

Question. Punjab, Haryana and western Uttar Pradesh more than 85 per cent of their net sown area is under :
(A) irrigation
(B) agriculture
(C) pesticides
(D) wasteland

Question. The North-western India and Deccan Plateau are deficient in :
(A) population
(B) rainfall
(C) moist air
(D) sunlight

Question. ___________ involves prevention of runoff and storage and recharge of groundwater through various methods like percolation tanks, recharge wells, etc.
(A) Watershed management
(B) Rainwater harvesting
(C) Underground preservation
(D) All the Above

Question. The area from which rainfall flows into a river, lake or reservoir is called a__________ area.
(A) connecting
(B) catchment
(C) flooding
(D) None of the Above

Question. An area of shallow body of water separated from the sea by barrier islands or reefs is known as : U
(A) Backwaters
(B) Catchment area
(C) Lagoon
(D) Lake

Question. Which sector grounds for most of the surface and groundwater utilisation?
(A) Agriculture
(B) Industrial
(C) Household
(D) Medical

Question. The river basin which makes the maximum utilisation of groundwater is :
(A) Ganga
(B) Brahmaputra
(C) Satluj
(D) Indus

Question. Name the rivers which have huge catchment areas.
(A) Ganga
(B) Brahmaputra
(C) Krishna
(D) All of the above

Question. Water held underground in the soil or in pores and crevices in rocks is called as :
(A) Groundwater
(B) Underground water
(C) Inaccessible water
(D) Clear water

Question. Water is a recyclable resource but its availability is:
(A) Limited
(B) Abundant
(C) Unlimited
(D) Endless

Question. What is the local name of rainwater harvesting structure in Rajasthan?
(A) Kund
(B) Tanka
(C) Nalka
(D) Both (A) and (B)

Question. About two-thirds of its population have been dependent on :
(A) Agriculture
(B) Industrialisation
(C) Monsoons
(D) Trade

Question. The supply of water to land or crops to help growth, typically by means of channels is known as:
(A) Agriculture
(B) Irrigation
(C) Horticulture
(D) Vericulture

Question. The river basin which makes the minimum utilisation of groundwater :
(A) Ganga
(B) Luni
(C) Subarnrekha
(D) Brahmaputra

Question. An ________economy is a type of economy that relies primarily on agricultural industry including livestock farming or crop production.
(A) Traditional
(B) Agrarian
(C) Old
(D) Under developed

Question. The purity of water or water without unwanted foreign substances is known as :
(A) water quality
(B) water quantity
(C) water availability
(D) water scarcity

Question. __________ can be defined as a process that extracts minerals from saline water.
(A) Salination
(B) Desalination
(C) Detoxication
(D) Saturation

Question. Which state utilises very small proportion of their groundwater potentials.
(A) Chhattisgarh
(B) Odisha
(C) Kerala
(D) All of the above

Question.River water is used for:
(A) Irrigation
(B) Drinking
(C) domestic and industrial purposes
(D) All of the Above

Question. ___________is a watershed development project sponsored by the Central Government.
(A) Haryali
(B) Hawarahili
(C) Harwara
(D) None of the Above

Question. Assertion (A): Water gets polluted by foreign matters, such as micro-organisms, chemicals, industrial and other wastes.
Reason (R): The Ganga and the Yamuna are the two highly clean rivers in the country.

Question. Assertion (A): Water is not the most essential component of life and is vital for sustenance.
Reason (R): Level of groundwater is decreasing day by day. It leads to the scarcity of potable drinking water.

Question. Assertion (A): Development of irrigation to increase agricultural production has been assigned a very high priority in the Five Year Plans.
Reason (R): India’s water demand at present is dominated by irrigational needs.

Question. Assertion (A): Water is a cyclic resource with abundant supplies on the globe.
Reason (R): The availability of fresh water varies over space and time.

Question. Assertion (A): The share of agricultural sector in total water utilisation is much higher than other sectors.
Reason (R): Agriculture accounts for most of the surface and groundwater utilisation.

Question. Assertion (A): The large tracts of the country are deficient in rainfall and are drought prone.
Reason (R): North-western India and Deccan plateau constitute such areas.

Question. Assertion (A): Another way through which we can improve fresh water availability is by recycle and reduce.
Reason (R): This would conserve better quality of water for drinking purposes.

Question. Assertion (A): Water scarcity is possibly to pose the greatest challenge on account of its increased demand coupled with shrinking supplies due to over utilization and pollution.
Reason (R): The per capita availability of water is dwindling day by day due to increase in population.
Ans. Option (A) is correct.

Question. Assertion (A): Although, water is generally brackish in these water bodies, it is used for fishing and irrigating certain varieties of paddy crops,coconut, etc.
Reason (R): The States like Kerala, Odisha and West Bengal have vast surface water resources in the lagoons and lakes.

Question. Assertion (A): The dumping of industrial waste into rivers leads to water pollution.
Reason (R): The Yamuna river is the most polluted river in the country .

Question. Assertion (A): In Punjab, Haryana and Western Uttar Pradesh more than 85 per cent of their net sown area is under irrigation.
Reason (R): Of the total net irrigated area 76.1 per cent in Punjab and 51.3 per cent in Haryana are irrigated through wells and tube wells. 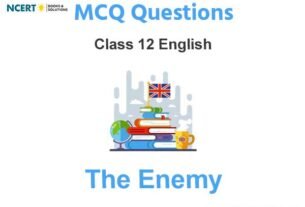 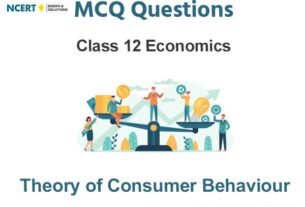 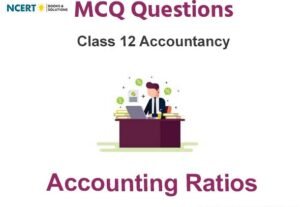