See below Electric Charges and Fields Class 12 Physics MCQ Questions, solve the questions and compare your answers with the solutions provided below.

Question. Two point charges A and B, having charges +Q and –Q respectively, are placed at certain distance apart and force acting between them is F. If 25% charge of A is transferred to B, then force between the charges
becomes
(a) 4F/3
(b) F
(c) 9F/16
(d) 16F/9

Question. The electrostatic potential inside a charged spherical ball is given by f = ar2 + b where r is the distance from the centre a, b are constants. Then the charge density inside the ball is
(a) –6aε0r
(b) –24paε0
(c) –6aε0
(d) –24paε0r

Question. Which of the following pair of quantities do not have the same dimensions :
(a) Potential gradient, electric field
(b) Torque, kinetic energy
(c) Light year, time period
(d) Impedance, reactance

Question. Two identical charged spheres suspended from a common point by two massless strings of lengths l, are initially at a distance d (d < < l) apart because of their mutual repulsion. The charges begin to leak from both the spheres at a constant rate. As a result, the spheres approach each other with a velocity v.
Then v varies as a function of the distance x between the spheres, as
(a) v ∝ x–1/2
(b) v ∝ x–1
(c) v ∝ x1/2
(d) v ∝ x

Question. Two point charges +q and –q are held fixed at (–d, 0) and (d, 0) respectively of a x – y coordinate system. Then
(a) the electric field E at all points on the axis has the same direction
(b) work has to be done in bringing a test charge from ¥ to the orgin
(c) electric field at all points on y-axis is along x-axis
(d) the dipole moment is 2qd along the x-axis

Question. “Parsec” is the unit of :
(a) time
(b) distance
(c) frequency
(d) angular acceleration

Question. An electron falls from rest through a vertical distance h in a uniform and vertically upward directed electric field E. The direction of electric field is now reversed, keeping its magnitude the same. A proton is allowed to fall from rest in it through the same vertical distance h. The time of fall of the electron, in comparison to the time of fall of the proton is
(a) smaller
(b) 5 times greater
(c) 10 times greater
(d) equal

Question. A toy car with charge q moves on a frictionless horizontal plane surface under the influence of a uniform electric field vector E. Due to the force qEvector , its velocity increases from 0 to 6 m s–1 in one second duration. At that instant the direction of the field is reversed. The car continues to move for two more seconds under the influence of this field. The average velocity and the average speed of the toy car between 0 to 3 seconds are respectively
(a) 2 m s–1, 4 m s–1
(b) 1 m s–1, 3 m s–1
(c) 1 m s–1, 3.5 m s–1
(d) 1.5 m s–1, 3 m s–1

Question. A particle of mass m and charge q is placed at rest in a uniform electric field E and then released. The kinetic energy attained by the particle after moving a distance y is
(a) qEy
(b) qE2y
(c) qEy2
(d) q2Ey

Question. Which of the following pairs does not have similar dimensions ?
(a) tension and surface tension
(b) stress and pressure
(c) Planck’s constant and angular momentum
(d) angle and strain

Question. A charge Q is enclosed by a Gaussian spherical surface of radius R. If the radius is doubled, then the outward electric flux will
(a) increase four times
(b) be reduced to half
(c) remain the same
(d) be doubled

Question. A point Q lies on the perpendicular bisector of an electrical dipole of dipole moment p. If the distance of Q from the dipole is r (much larger than the size of the dipole), then the electric field at Q is proportional to
(a) p2 and r–3
(b) p and r–2
(c) p–1 and r–2
(d) p and r–3

Question. Which of the following physical quantities do not have same dimensions?
(a) pressure and stress
(b) tension and surface tension
(c) strain and angle
(d) energy and work.

Question. An uncharged sphere of metal is placed in between charged plates as shown. The lines of force look like

Question. Two positive ions, each carrying a charge q, are separated by a distance d. If F is the force of repulsion between the ions, the number of electrons missing from each ion will be (e being the charge of an electron)

Question. Five charges q1, q2, q3, q4, and q5 are fixed at their positions as shown in Figure, S is a Gaussian surface. The Gauss’ law is given by ∫Eds = q/∈0 Which of the following statements is correct? 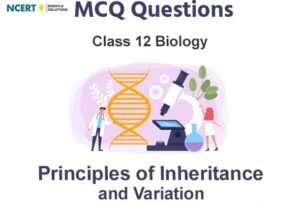 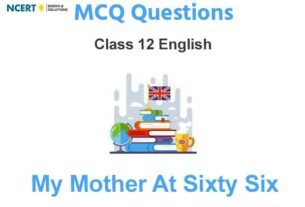