See below Atoms Class 12 Physics MCQ Questions, solve the questions and compare your answers with the solutions provided below.

Question. An alpha nucleus of energy (1/2) mv2 bombards a heavy nuclear target of charge Ze. Then the distance of closest approach for the alpha nucleus will be proportional to

Question. For the ground state, the electron in the H – atom has an angular momentum = h, according to the simple Bohr model. Angular momentum is a vector and hence there will be infinitely many orbits with the vector pointing in all possible directions. In actuality, this is not true,
(a) because Bohr model gives in correct values of angular momentum
(b) because only one of these would have a minimum energy
(c) angular momentum must be in the direction of spin of electron
(d) because electrons go around only in horizontal orbits

Question. The binding energy of a H – atom, considering an electron moving around a fixed nuclei (proton), is

If one decides to work in a frame of reference where the electron is at rest, the proton would be moving around it. By similar arguments, the binding energy would be

This last expression is not correct, because
(a) n would not be integral
(b) Bohr – quantisation applies only two electron
(c) the frame in which the electron is at rest is not inertial
(d) the motion of the proton would not be in circular orbits, even approximately.

Question. Ionization potential of hydrogen atom is 13.6 eV. Hydrogen atoms in the ground state are excited by monochromatic radiation of photon energy 12.1 eV. The spectral lines emitted by hydrogen atom according to Bohr’s theory will be
(a) one
(b) two
(c) three
(d) four

Question. O2 molecule consists of two oxygen atoms. In the molecule, nuclear force between the nuclei of the two atoms
(a) is not important because nuclear forces are short – ranged
(b) is as important as electrostatic force for binding the two atoms
(c) cancels the repulsive electrostatic force between the nuclei
(d) is not important because oxygen nucleus have equal number of neutrons and protons

Question. The simple Bohr model cannot be directly applied to calculate the energy levels of an atom with many electrons. This is because
(a) of the electrons not being subject to a central force
(b) of the electrons colliding with each other
(c) of screening effects
(d) the force between the nucleus and an electron will no longer be given by Coulomb’s law

Question. Two particles of masses m1, m2 move with initial velocities u1 and u2. On collision, one of the particles get excited to higher level, after absorbing energy e. If final velocities of particles be v1 and v2 then we must have

Question. Hydrogen atom in ground state is excited by a monochromatic radiation of λ = 975 Å. Number of spectral lines in the resulting spectrum emitted will be
(a) 3
(b) 2
(c) 6
(d) 10 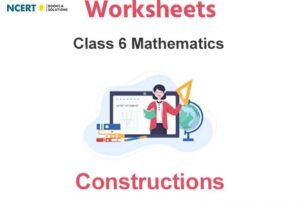 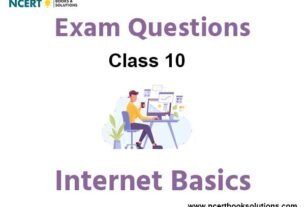