See below Semiconductor Electronics Materials Devices and Simple Circuits Class 12 Physics MCQ Questions, solve the questions and compare your answers with the solutions provided below.

Question. Two ideal diodes are connected to a battery as shown in the circuit. The current supplied by the battery is

Question. Transfer characteristics [output voltage (V0) vs input voltage (V1)] for a base biased transistor in CE configuration is as shown in the figure. For using transistor as a switch, it is used

Question. The figure shows a logic circuit with two inputs A and B and the output C. The voltage wave forms across A, B and C are as given. The logic gate circuit is:

Question. The time variations of signals are given as in A, B and C. Point out the true statement from the following :

Question. In the energy band diagram of a material shown below, the open circles and filled circles denote holes and electrons respectively. The material is

Question. In a common base amplifier the phase difference between the input signal voltage and the output voltage is
(a) 0
(b) π/4
(c) π/2
(d) π

Question. If A is the atomic mass number of an element, N is the Avogadro number and a is the lattice parameter, then the density of the element, if it has bcc crystal structure, is

Question. Two junction diodes one of Germanium (Ge) and other of silicon (Si) are connected as shown in figure to a battery of emf 12 V and a load resistance 10 k Ω. The germanium diode conducts at 0.3 V and silicon diode at 0.7 V. When a current flows in the circuit, the potential of terminal Y will be

Question. Following diagram performs the logic function of
(a) XOR gate
(b) AND gate
(c) NAND gate
(d) OR gate

Question. A half-wave rectifier is being used to rectify an alternating voltage of frequency 50 Hz. The number of pulses of rectified current obtained in one second is
(a) 50
(b) 25
(c) 100
(d) 2000

Question. The electrical conductivity of a semiconductor increases when electromagnetic radiation of wavelength shorter than 2480 nm is incident on it. The band gap (in eV) for the semiconductor is
(a) 0.9
(b) 0.7
(c) 0.5
(d) 1.1

Question. If a small amount of antimony is added to germanium crystal
(a) it becomes a p–type semiconductor
(b) the antimony becomes an acceptor atom
(c) there will be more free electrons than holes in the semiconductor
(d) its resistance is increased

Question. One serious drawback of semi-conductor devices is
(a) they do not last for long time.
(b) they are costly
(c) they cannot be used with high voltage.
(d) they pollute the environment.

Question. Radiowaves of constant amplitude can be generated with
(a) FET
(b) filter
(c) rectifier
(d) oscillator

Question. Zener diode is used for
(a) amplification
(b) rectification
(c) stabilisation
(d) all of the above

Question. At absolute zero, Si acts as
(a) non-metal
(b) metal
(c) insulator
(d) none of these 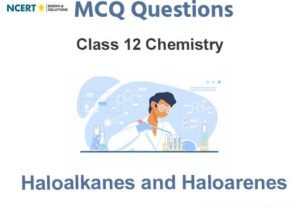 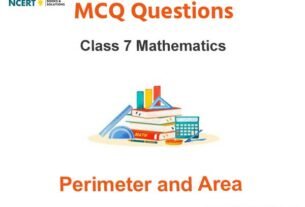 MCQs For NCERT Class 12 Perimeter and Area With Answers