See below Moving Charges and Magnetism Class 12 Physics MCQ Questions, solve the questions and compare your answers with the solutions provided below.

Question. A proton carrying 1 MeV kinetic energy is moving in a circular path of radius R in uniform magnetic field. What should be the energy of an a-particle to describe a circle of same radius in the same field?
(a) 2 MeV
(b) 1 MeV
(c) 0.5 MeV
(d) 4 MeV

Question. A charged particle enters a magnetic field H with its initial velocity making an angle of 45° with H.
Then the path of the particle will be:
(a) circle
(b) helical
(c) a straight line
(d) a circle

Question. Cyclotron is used to accelerate :
(a) positive ion
(b) negative ion
(c) electron
(d) none of these

Question. Two parallel beams of positrons moving in the same direction will :
(a) repel each other
(b) will not interact with each other
(c) attract each other
(d) be deflected normal to the plane containing the two beams

Question. A long straight wire of radius a carries a steady current i. The current is uniformly distributed across its cross section. The ratio of the magnetic field at a/2 and 2a is
(a) 1/2
(b) 1/4
(c) 4
(d) 1

Question. A charge moving with velocity v in X-direction is subjected to a field of magnetic induction in negative X-direction. As a result, the charge will
(a) remain unaffected
(b) start moving in a circular path Y-Z plane
(c) retard along X-axis
(d) moving along a helical path around X-axis.

Question. A charged particle is released from rest in a region of uniform electric and magnetic fields which are parallel to each other. The particle will move on a:
(a) straight line
(b) circle
(c) helix
(d) cycloid

Question. If we double the radius of a coil keeping the current through it unchanged, then the magnetic field at any point at a large distance from the centre becomes approximately
(a) double
(b) three times
(c) four times
(d) one-fourth

Question. A metallic rod of mass per unit length 0.5 kg m–1 is lying horizontally on a smooth inclined plane which makes an angle of 30° with the horizontal. The rod is not allowed to slide down by flowing a current through it when a magnetic field of induction 0.25 T is acting on it in the vertical direction. The current flowing in the rod to keep it stationary is
(a) 7.14 A
(b) 5.98 A
(c) 14.76 A
(d) 11.32 A

Question. A particle of mass m, charge Q and kinetic energy T enters in a transverse uniform magnetic field of  induction   → B. After 3 seconds the kinetic energy of the particle will be
(a) T
(b) 4T
(c) 3T
(d) 2T

Question. A uniform magnetic field acts right angles to the direction of motion of electrons. As a result, the electron moves in a circular path of radius 2 cm. If the speed of electrons is doubled, then the radius of the circular path will be
(a) 2.0 cm
(b) 0.5 cm
(c) 4.0 cm
(d) 1.0 cm

Question.. A square coil of side a carries a current I. The magnetic field at the centre of the coil is

Question. Magnetic effect of current was discovered by
(a) Faraday
(b) Oersted
(c) Kirchhoff
(d) Joule

Question. In cyclotron the charged particle may be accelerated upto energies
(a) Several eV
(b) MeV
(c) BeV
(d) Kev

Question. The current sensitivity of a moving coil galvanometer depends on
(a) the number of turns in the coil
(b) moment of inertia of the coil
(c) current sent through galvanometer
(d) eddy current in Al frame 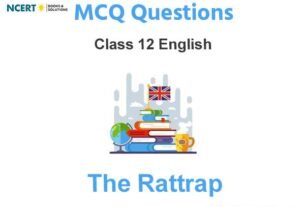 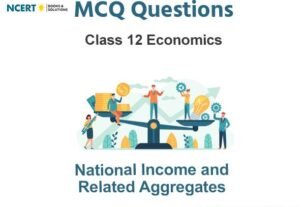