See below Magnetism and Matter Class 12 Physics MCQ Questions, solve the questions and compare your answers with the solutions provided below.

Question. Magnetic lines of force due to a bar magnet do not intersect because
(a) a point always has a single net magnetic field
(b) the lines have similar charges and so repel each other
(c) the lines always diverge from a single force
(d) the lines need magnetic lenses to be made to interest

Question. A bar magnet is hung by a thin cotton thread in a uniform horizontal magnetic field and is in equilibrium state. The energy required to rotate it by 60° is W. Now the torque required to keep the magnet in this new position is
(a) W√3
(b) 3W
(c) √3W /2
(d) 2W/3

Question. Imagine rolling a sheet of paper into a cylinder and placing a bar magnet near its end as shown in figure. What can you say about the sign of →B.→dA for every area →dA on the surface?
(a) Positive
(b) Negative
(c) No sign
(d) Can be positive or negative

Question. A vibration magnetometer placed in magnetic meridian has a small bar magnet. The magnet executes oscillations with a time period of 2 sec in earth’s horizontal magnetic field of 24 microtesla.
When a horizontal field of 18 microtesla is produced opposite to the earth’s field by placing a current carrying wire, the new time period of magnet will be
(a) 1 s
(b) 2 s
(c) 3 s
(d) 4 s

Question. According to Curie’s law, the magnetic susceptibility of a substance at an absolute temperature T is proportional to
(a) 1/T
(b) T
(c) 1/T2
(d) T2

Question. Among which the magnetic susceptibility does not depend on the temperature?
(a) Diamagnetism
(b) Paramagnetism
(c) Ferromagnetism
(d) Ferrite.

Question. Liquid oxygen remains suspended between two pole forces of a magnet because it is :
(a) diamagnetic
(b) paramagnetic
(c) ferromagnetic
(d) antiferromagnetic

Question. A frog can be levitated in a magnetic field produced by a current in a vertical solenoid placed below the frog. This is possible because the body of the frog behaves as :
(a) paramagnetic
(b) diamagnetic
(c) ferromagnetic
(d) antiferromagnetic

Question. The best material for the core of a transformer is
(a) mild steel
(b) stainless steel
(c) soft iron
(d) hard steel

Question. Which one of the following are used to express intensity of magnetic field in vacuum ?
(a) oersted
(b) tesla
(c) gauss
(d) none of these

Question. A bar magnet of magnetic moment M is placed at right angles to a magnetic induction B. If a force F is experienced by each pole of the magnet, the length of the magnet will be
(a) MB/F
(b) BF/M
(c) MF/B
(d) F/MB

Question. A thin diamagnetic rod is placed vertically between the poles of an electromagnet. When the current in the electromagnet is switched on, then the diamagnetic rod is pushed up, out of the horizontal magnetic field. Hence the rod gains gravitational potential energy.
The work required to do this comes from
(a) the current source
(b) the magnetic field
(c) the lattice structure of the material of the rod
(d) the induced electric field due to the changing magnetic field

Question. The north pole of a magnet is brought near a metallic ring. Then the direction of the induced current in the ring will be:
(a) Towards north
(b) Towards south
(c) Anticlockwise
(d) Clockwise

Question. Two magnets of magnetic moments M and 2M are placed in a vibration magnetometer, with the identical poles in the same direction. The time period of vibration is T1. If the magnets are placed with opposite poles together and vibrate with time period T2, then
(a) T2 is infinite
(b) T2 = T1
(c) T2 > T1
(d) T2 < T1

Question. Two tangent galvanometers having coils of the same radius are connected in series. A current flowing in them produces deflections of 60º and 45º respectively. The ratio of the number of turns in the coils is

Question. A curve between magnetic moment and temperature of magnet is

Question. The B – H curve (i) and (ii) shown in fig. associated with 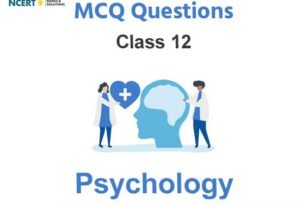 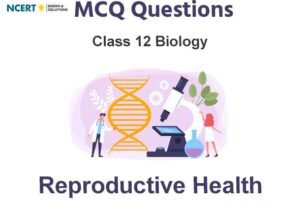