Please see below Fundamentals of Computer Class 4 Computer MCQ Questions, solve the questions and compare your answers with the solutions provided below.

Question. Which of the following are the two main components of the CPU?
(a) Control Unit and Registers
(b) Registers and Main Memory
(c) Control unit and ALU
(d) ALU and bus

Question. Given here is a table showing units for measuring the computer memory. What would come in place of X and Y to complete the table?

Question. Sudha’s teacher has asked her to paste the image of an input device which has the following characteristics:
(i) It is a pointing device that provides direct input.
(ii) It can be lifted and repositioned.
Which of the following devices has the above characteristics?
(a) Touchpad
(b) Stylus
(c) Scanner
(d) Microphone

Question. You want to copy following files from your desktop to a portable secondary storage device.
(i) A video file of size 1.2 GB
(ii) An application software of 1.4 GB
Which of the following storage devices would you use to copy the above mentioned files?

Question. In most of the IBM PCs, the CPU, the device drivers, memory, expansion slots and active components are mounted on a single board. What is the name of the board?
(a) Motherboard
(b) Daughterboard
(c) Bredboard
(d) Fatherboard

Question. Which option best matches the storage devices in Column-I with their storage capacities in Column-II?

Question. A computer program that converts an entire program into machine language at one time is called a/an
(a) Interpreter
(b) CPU
(c) Compiler
(d) Simulator

Question. Which of the following is the name of a removable thin card, used in smartphones and digital cameras to store data?
(a) SD card
(b) Disk card
(c) Memory bar
(d) Media disk

Question. If your computer does not meet the requirement that is needed for the booting process, then
(a) Operating system will not have the control over devices like keyboard, mouse, etc.
(b) It indicates malfunctioning in the computer.
(c) It makes the booting instructions to load into the RAM.
(d) Both (a) and (b)

Question. Teacher of class IV gave an assignment to write three points about memory and storage devices. Each point is of one mark. Given below are the points submitted by three students Anu, Bhanu and Vivek. On the basis of points submitted by them, select the statement which holds true.

Question. Which of the following statements hold true about the given device?
Statement 1 : It is used for reading data from optical storage devices.

Question. The most suitable output device for producing a wage slip printed on a carbonized paper is a …………….
(a) inject printer
(b) laser printer
(c) plotter
(d) dot matrix printer

Question. The various parts of computer are connected to each other with ………
(a) power cables
(b) data cables
(c) fiber cables
(d) wires

Question. Which of the following is not present in a tablet computer?
(a) Touchscreen
(b) Floppy drive
(c) CPU
(d) Internal battery

Question. Today’s computers typically come with this device, that contains several billion bytes (GB, TB) of storage. It is a secondary storage device that provides relatively quick access to large amount of data. Identify it.

Question. Select the INCORRECT match.
(a) ROM– It stores a special program that helps to load the operating system when the computer is switched ON.
(b) RAM– It affects the number and size of program that a system can run at a time.
(c) DVD– It can store data on both sides.
(d) Hard disk – It is a main primary memory device found inside the CPU box. 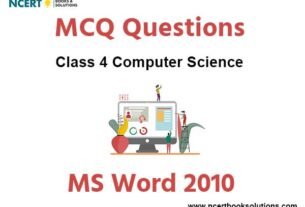 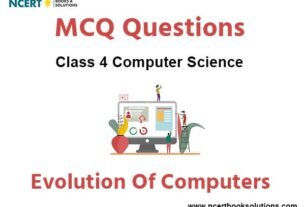