Students should refer to the below Human Eyes and Colourful World Class 10 notes prepared as per the latest curriculum issued by CBSE and NCERT. These notes and questions are really useful as they have been developed based on the most scoring topics and expected questions in upcoming examinations for Class 10. Human Eyes and Colourful World is an important topic in Science Class 10 which if understood properly can help students to get very good marks in class tests and exams.

Read the notes below which will help you to understand all important and difficult topics in this chapter. There are some topics in Human Eyes and Colourful World chapter which you should understand carefully as many questions can come from those parts. Our team of teachers have designed the revision notes so that its helpful for students to revise entire course prior to the class tests.

• HUMAN EYE: – The human eye is the most sensitive part of the human body. By closing our eyes, we can sense some objects with their smell, taste, sound they make or by touching them but we cannot identify the colour without opening our eyes.
Example: – Fragrance of pink and red roses is the same but they have different colours.

• Cornea – It is the outermost part of the eye, light enters from this part.

• Eye lens – It is a convex lens ,its curvature is controlled by ciliary muscles.

• Ciliary muscles – The ciliary muscles are involved in lens accommodation and help in changing the focus of the lens in order to see things near or far accordingly. When the muscles contract, the focal length decreases and vice versa

• Iris – The part of the eye which controls the size of the pupil. It gives colour to the eyes

• Pupil – The aperture of the pupil varies with the help of the iris. Pupil regulates and controls the amount of light entering the eye.

• Retina – The light -sensitive screen, where the image of any object is formed, is called retina. It converts images from the eye into electrical impulses that are sent along the optic nerve to the brain, to interpret as vision. It comprises of the rod and the cone cells. The image formed on the retina is real and inverted.

• Rods They are responsible for vision at low light levels (night vision).

Defect of vision and their correction: –
(1) Cataract:
In cataract the lens of the eye becomes opaque which leads to a decrease in vision. Cataracts often develop slowly and can affect one or both eyes.
Symptoms may include faded colours, blurry or double vision, halos around light, trouble with bright lights, and trouble seeing at night .Mostly occurs with ageing Can be cured through surgery.
(2) MYOPIA / near -sightedness – -→ problem to see far – – -→ image formed in front of retina – -→
Corrected using concave lens
(3) HYPERMEMETROPIA / Far -sightedness – problem to see near – image formed behind the retina – -→ Corrected using convex lens
(4) PRESBYOPIA: – This defect of eye arises due to the (i) diminishing flexibility of eye lend (ii) weakening of ciliary muscles → corrected by bifocal lens

(5) The band of the coloured components of a light beam is called its spectrum.

(6) The red light bends the least while the violet the most.

Isaac Newton was the first to use a glass prism to obtain the spectrum of sunlight.

Isaac Newton was a first to use two glass prism arrangements as shown in the figure above in which the second identical prism is inverted with respect to the first prism. He observed that the light passing through the second prism was white light due to recombination of the spectrum of light. This gave him the idea that the sunlight was made up of seven colours

Rainbow – A rainbow is a natural spectrum appearing in the sky after a rain shower. It is caused by dispersion of sunlight by tiny water droplets, present in the atmosphere. A rainbow is always formed in a direction opposite to that of the Sun. The water droplets act like small prisms. They refract and disperse the incident sunlight, then reflect it internally, and finally refract it again when it comes out of the raindrop. 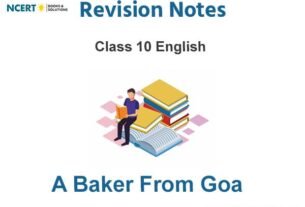 From the Diary of Anne Frank Summary Class 10 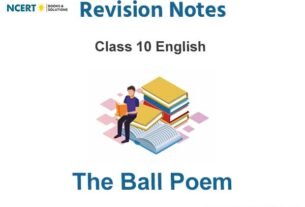