You must have observed in your class the teacher often appoints certain students as class monitors, sports incharge, cultural head etc. She does this, so that classroom activities can function smoother and more efficiently. By doing this she is encouraging students to take responsibilities and take initiate in the activities they are good at. This ofcourse helps in the better functioning of the class activities right? Also, ‘sharing of responsibilities can ensure efficiency’.

The same concept introduced in the video applies to every country’s administrative organs as well.

Every country needs to tackle many activities to ensure its security, progress and welfare. How do you think this is done? These issues are resolved by simply delegating the tasks amongst different bodies. Every body specialises in a definite field of activity ensuring efficient and effective outcome.

The biggest gift that democracy has granted us is that we can choose our own representatives who form these bodies. We elect these leaders because they promise to fulfil our demands and work for us.Guaranteeing essential requirements like schools, Hospitals, security etc. is a big task for the government and requires extreme planning. They have to understand how these policies will work in reality and work out all the hurdles and conflicts when implementing these policies.

To work out so many tasks, our political institutions resort to power sharing i.e sharing the responsibilities same as the teachers of the classroom. These tasks which involve Making of law, implementation of Law and settlement of conflicts, responsibilities are shared amongst the elected representatives i.e. the Legislature (Parliament), the Executive (PM, President, VP and the council of ministers) and the Judiciary (Supreme and the High court).

Therefore sharing of responsibility or we can say sharing of power is neccessary.

Power sharing means sharing of power at different levels of government, so that power is not concentrated on one hand. It helps in group representation and managing conflicts in the society.
Let us understand more about power sharing by taking the example of Belgium and Sri Lanka.

RECAP
In the previous section, we learnt the definition of power sharing.

Power sharing means sharing of power at different levels of government, so that power is not concentrated on one hand. It helps in group representation and managing conflicts in the society.
Now, let us study about the power sharing model in Belgium.

(Belgium is a country in Europe and it’s capital is Brussels. It covers an area of 30,528 square kilometres and has a population of about 11 million people. Belgium comprises of two main linguistic groups: the Dutch-speaking Flemish community which constitutes about 59% of the population, and the French-speaking Wallons community which constitutes 40%, the remaining 1% speak German. In Brussels the scenario is totally opposite. There 80% of the population speaks French and the remaining 20% speaks Dutch, making Dutch speaking people minority.

Therefore, for accommodating the interests of the minority and the majority, Belgium adopted a unique system of power sharing known as the Belgian Model of Governance.

The power sharing model which was introduced in Belgium had the following features:

There were equal number of Dutch and French-speaking ministers in the Central Government. No single community could make decisions unilaterally.

Apart from the Central and the State Government, there is a third kind of government known as the ‘community government’. The idea to introduce this government was to make the people responsible for the issues that were closely related to them. So, this form of governement had people as its members belonging to the various communities existing in the Bengium society. This government made rules and regulations on the issues relating to language, culture and education and shared powered in this manner.

You might find the Belgian model very complicated; it indeed is very complicated. But, these arrangements have worked well so far, that it has prevented a civil strife between the two different communities and a possible division of the country on linguistic lines.

We have studied about power sharing model in Belgium.

Sri Lanka is an island nation located in South Asia. It was formerly known as Ceylon. Its capital is Sri Jayewardenepura Kotte. Sinhalese and Tamil are the two official languages of Sri Lanka. Sri Lanka is a multi-religious country. Buddhists comprise 70 percent of the total Sri Lankan population and Hinduism is the second most prevalent religion in Sri Lanka.

Sri Lanka emerged as an independent country in 1948. The leaders of the Sinhala community sought to secure dominance over government by virtue of their majority. As a result, the democratically elected government adopted a series of ‘majoritarian’ measures to establish Sinhala supremacy.

Let us now see what were these principles of majoritarianism-

In 1956, an Act was passed to recognise Sinhala as the only official language, thus ignoring Tamil.

A feeling of alienation grew amongst the Sri Lankan Tamils because of these preferential steps of the government. No respect or recognition was given to their language, culture or religion.

To fight such discrimination, the Tamil speaking community of Sri Lanka began a struggle for equality in jobs, in university and for recognition of their language and culture. Slowly the conflict changed into a demand for regional autonomy. But, these were all denied by the Sinhala dominated government.

By 1980s, several political organizations were formed demanding an independent Tamil Eelam (state) in northern and eastern parts of Sri Lanka. These differences between the two communities pushed Sri Lanka into the state of civil war since the Tamilians were not given an opportunity

share the power in the country.The Sri Lankan Civil War was an armed conflict or rebellion between the Liberation Tigers of Tamil Eelam (LTTE) and the Sri Lankan government to create an independent Tamil state called Tamil Eelam in the north and the east of the island. This war began on 23rd July 1983 and ended on May 2009. After a 26 year military
campaign, the Sri Lankan military defeated the LTTE bringing the civil war to an end.

Due to the civil war, thousands of people from both communities were killed. Many families were forced to leave the country as refugees and many more lost their livelihoods. The civil war had a terrible setback to the social, cultural and economic life of the country.Our Learning from the two Case Studies:

Both Belgium and Sri Lanka were democracies. Yet, they dealt with the question of power sharing differently. In Belgium, the leaders realised that the unity of the country is possible only by respecting the feelings and interests of different communities and regions. Such a realisation resulted in mutually acceptable arrangement for sharing power. On the other hand, Sri Lanka showed us that if a majority community wants to force its dominance over others and refuses to share power, it can undermine the unity of the country.

We have studied about power sharing model in Sri Lanka.

Power may also be shared among different social groups based on religion and linguistics. In some countries, there are constitutional and legal arrangements whereby socially weaker sections and women are represented in the legislatures and administration. For eg. 33% of reservation is given to women in the Lok Sabha. of power

Political parties, pressure groups and various movements also affect those in position of power. This leads to sharing of power amongst different parties representing different ideologies and social groups. This way, members of the society can choose a contender who has their best interest in mind.

So, through this chapter we have got a fair idea about power sharing and it’s types in details with the help of the two case studies of Belgium and Sri Lanka. But do you think all these efforts by the two countries were required?

The four types of Power Sharing are as follows :

3. Power may also be shared among different social groups such as the religious and linguistic groups. In some countries, there are constitutional and legal arrangements whereby socially weaker sections and women are represented in the legislatures and administration.

4. Power sharing arrangements can also be seen in the way political parties, pressure groups and movements control or influence those in power. This way the power is shared among different parties that represent different ideologies and social groups. When two or more parties form an alliance to contest elections, this kind of power sharing can be direct. If their alliance is elected, they form a coalition government and thussharepower.

The Belgian Model of Governance :

Power may also be shared among different social groups such as the religious and linguistic groups. In some countries, there are constitutional and legal arrangements whereby socially weaker sections and women are represented in the legislatures and administration.

This type of arrangement gives voice to the marginalised where they can speak up in the society.
Political parties, pressure groups and movements 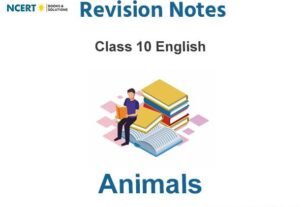 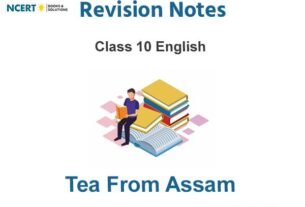 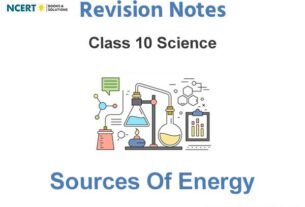 Notes And Questions For NCERT Class 10 Science Sources of Energy