Please refer to Mineral Nutrition Class 11 Biology Notes and important questions below. The Class 11 Biology Chapter wise notes have been prepared based on the latest syllabus issued for the current academic year by CBSE. Students should revise these notes and go through important Class 11 Biology examination questions given below to obtain better marks in exams

The below Class 11 Mineral Nutrition notes have been designed by expert Biology teachers. These will help you a lot to understand all the important topics given in your NCERT Class 11 Biology textbook. Refer to Chapter 12 Mineral Nutrition Notes below which have been designed as per the latest syllabus issued by CBSE and will be very useful for upcoming examinations to help clear your concepts and get better marks in examinations.

Mineral nutrition is the study of source, mode of absorption, distribution and metabolism of various inorganic substances (minerals) by plants for their growth, development, structure, physiology and reproduction.

Methods to study the Mineral Requirement of Plants
• Hydroponics is the technique of growing plants in nutrient solution in complete absence of soil. This method is used to determine the nutrients essential for plants.

• In this method plant is cultured in soil-free, defined mineral solution. These methods require purified water and mineral nutrients.

• Essential elements are identified and their deficiency symptoms are discovered by hydroponics methods. It is also used for commercial production of vegetables, like tomato and cucumber.

Essential mineral nutrients – About 65 elements are found in different plants. Following criteria is used to determine the essentiality of an element.
1. Element must be absolutely necessary for the normal growth and reproduction to complete their life cycle.
2. The requirement of element must be specific and not replaceable.
3. Element must be directly involved in the metabolism of plants.

• Macronutrients are present in plants tissues in larger quantity. C, H and O is obtained from water and rest are absorbed from soil.
• Micronutrients or trace nutrients are required in very small quantity. On the basis of diverse functions, essential elements are divided into following categories-

Role of Macro and Micro nutrients-
1. Essential elements participate in various metabolic processes in plants such as permeability of cell membrane, maintenance of osmotic potential, ETS. Etc.
2. Act as major constituents of macromolecules and co-enzymes. Various forms and function of essential nutrients-
1. Nitrogen – required by plants in greatest amount, it is absorbed by plants as NO2–, NO3– and NH4+ . It is one of the major constituent of proteins, nucleic acids and vitamins.
2. Phosphorus – Absorbed by plants from soil in the form of phosphate ions. It is the constituent of cell membrane. All nucleic acids and nucleotides require phosphorus.
3. Potassium – absorbed as potassium ions (K+). Help to maintain cation-anion balance in cells. It is involved in protein synthesis, opening and closing of stomata.
4. Calcium – absorbed by plants from soil in form of Calcium ions (Ca2+). Used in synthesis of cell wall. It activates certain enzymes.
5. Magnesium – absorbed by plants in form of Mg2+ ions. It activates the enzymes for respiration, photosynthesis, and involved in synthesis of DNA and RNA. It is constituent of chlorophyll.
6. Sulphur – plants obtain sulphur in form of sulphate (SO42-). Present in amino acids (cysteine, methionine) and is main constituent of coenzymes and vitamins.
7. Iron – obtained in the form of ferric iron (Fe3+). It is important constituent of protein involved in transport system.
8. Manganese – absorbed in form of Mn2+ ions. Main function is splitting of water to liberate Hydrogen and Oxygen during photosynthesis.
9. Zinc – obtained as Zn2+ ions. Activate enzymes like carboxylases. Needed in formation of Auxin.
10. Copper – absorbed as cupric ions(Cu2+). Involved in various metabolic activities and redox reactions.
11. Boron – absorbed as BO33- or B4O72- ions. Required for uptake of calcium, cell elongation and pollen germination.
12. Chlorine – it is absorbed in form of Cl- ions. Determine the solute concentration and splitting of water during photosynthesis.

Deficiency Symptoms of Essential elements
• When supply of essential elements becomes limited, plant growth is retarded. The concentration of essential elements below which plant growth is retarded is called critical concentration.
• In absence of any particular element, plant shows certain morphological changes. These morphological changes are called deficiency symptoms.
• The parts of plant that show deficiency symptoms depend upon mobility of elements in the plants. Elements that are actively mobilized (N,Mg,K) show deficiency in older regions. On the other hand, symptoms appear first in young region if the elements are relatively immobile (Ca) and not transported out of mature tissues.
• Kinds of deficiency syndrome are as follows-

• Deficiency of any element may cause many symptoms or same symptoms may be caused by different elements. To identify the deficient elements various symptoms are compared with standard chart.

Mechanism of absorption of elements
• It takes place in two phases. In first phase, rapid intake of ions occurs in free space or outer space of the cells, apoplast. In second phase, ions are taken slowly into inner space, the symplast of the cells.

Soil as reservoir of essential elements – most of the nutrients required for growth and development is obtained from soil by roots. These minerals are formed by weathering of rocks. Soil also harbours nitrogen fixing bacteria and other microbes, holds water and supplies air to roots. Deficiency of essential elements affects the crop yield. So, fertilisers are used to supplement these elements.

Metabolism of Nitrogen
• Nitrogen is the most prevalent element in living world along with C, H and O. It is the main constituent of proteins, nucleic acids, fats, hormones, enzymes etc.
• The process of conversion of nitrogen to ammonia is called nitrogen fixation. In nature lightening and ultraviolet radiation provide energy to convert atmospheric nitrogen into nitrogen oxide ( No, NO2 and N2O).
• Industrial combustion, forest fire and automobiles along with thermal power plants produce nitrogen oxides.
• The decomposition of organic nitrogen of dead plants and animals into ammonia is called ammonification.
• Ammonia is first oxidized to nitrite by bacteria Nitrosomonas or Nitrococcus which is further oxidized to nitrate with help of bacteria Nitrobactor. These processes are called nitrification.
2HN3 + 3O2 → 2NO–2 + 2H+ +2H2O
2NO–2 + O2 → 2NO–3

• Nitrates formed is absorbed by plants and transported to leaves. Nitrates is converted into free nitrogen by the process called denitrificaion by bacteria Pseudomonas and Thiobacillus.

• Nitrogen fixing microbes may be symbiotic (Rhizobium) or free living (Nostoc, Azotobactor, Anabaena).
• Symbiotic biological nitrogen fixation includes legume-bacteria relationship in which rod shaped Rhizobium lives with symbiotic relation with nodules of Leguminous plants.
• Central portion of nodule is pink or red due to presence of leguminous haemoglobin or leg-haemoglobin.

• Rhizobia increase in number and attach with epidermis of roots. Root hairs curls and bacteria invade it. An infection thread is formed that carries the bacteria into cortex of root.
• Nodule formation starts in cortex of root. Bacteria is released from thread to cells which leads to formation of specialized nitrogen fixing cells.
• Nodules establish direct vascular connection with host for exchange of nutrients.
• Nodule contains all necessary biochemical components like enzyme nitrogenase and leg-haemoglobin.

• Enzyme nitrogenase is a Mo – Fe protein and catalyses the conversion of atmospheric nitrogen into ammonia.

• The enzyme nitrogenase is highly sensitive to molecular oxygen and needs anaerobic condition. To protect this enzyme from oxygen, the nodules contain an oxygen scavenger called leg-haemoglobin.
• The ammonia synthesized by nitrogenase enzyme require large amount of energy (18ATP) for each NH3 produced.

Two important amides asparagine and glutamine found in plants as structural part of proteins. They are formed from aspartic acid and glutamic acid by addition of another amino group to it. 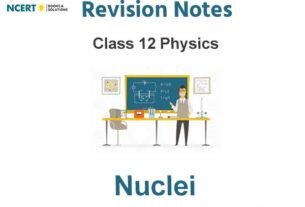 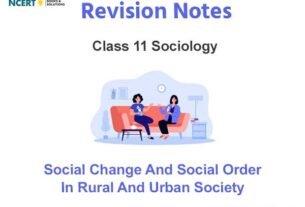