Please refer to Photosynthesis in Higher Plants Class 11 Biology Notes and important questions below. The Class 11 Biology Chapter wise notes have been prepared based on the latest syllabus issued for the current academic year by CBSE. Students should revise these notes and go through important Class 11 Biology examination questions given below to obtain better marks in exams

The below Class 11 Photosynthesis in Higher Plants notes have been designed by expert Biology teachers. These will help you a lot to understand all the important topics given in your NCERT Class 11 Biology textbook. Refer to Chapter 13 Photosynthesis in Higher Plants Notes below which have been designed as per the latest syllabus issued by CBSE and will be very useful for upcoming examinations to help clear your concepts and get better marks in examinations.

Photosynthesis is a physico-chemical process by which green plants use light energy to drive the synthesis of organic compounds. It is an enzyme regulated anabolic process.

• Photosynthesis is the basis of life on earth because it is the primary source of all food on earth and it is responsible for release of O2 in the atmosphere.
• Chlorophyll, light and CO2 is required for photosynthesis. It occurs only in green part of leaves and in presence of light.

Early Experiments
• Joseph Priestley in 1770, on the basis of his experiments showed the essential role of air in growth of green plants. A mouse kept in closed space could get suffocated and die but if a mint plant is kept in bell jar neither candle will extinguish nor will the mouse die. He concluded that foul air produced by animal is converted into pure air by plants. Priestley discovered Oxygen gas in 1774.

• Julius Von Sachs in 1854 shows that green part in plants produces glucose which is stored as starch. Starch is the first visible product of photosynthesis.

• T.W .Engelmann (1843-1909) used prism to split light into its components and then illuminated Cladophora (an algae) placed in a suspension of aerobic bacteria. He

• found that bacteria accumulated in blue and red light of the split spectrum. He thus discovered the effect of different wavelength of light on photosynthesis (action spectrum).

• Cornelius Van Neil (1897-1985) on the basis of studies with purple and green sulphur bacteria showed that photosynthesis is a light dependent reaction in which hydrogen from an oxidisable compound reduces CO2 to form sugar.

In green sulphur bacteria, when H2S, instead of H2O was used as hydrogen donor, no O2 was evolved. He inferred that O2 evolved by green plants comes from but H2O not from CO2 as thought earlier.

Where Does Photosynthesis Takes Place?
• Chloroplasts are green plastids which function as the site of photosynthesis in eukaryotic photoautotrophs. Inside the leaves, chloroplast is generally present in mesophyll cells along their walls.

• Within the chloroplast there is a membranous system consisting of grana, the stroma lamellae and the fluid stroma.

• The membrane system is responsible for synthesizing light energy for the synthesis of ATP and NADPH. In stroma enzymatic reactions incorporate CO2 in plants leading to synthesis of sugar.

• The reaction in which light energy is absorbed by grana to synthesis ATP and NADPH is called light reaction. The later part of photosynthesis in which CO2 is reduced to sugar, light is not necessary and is called dark reaction.

Maximum absorption by chlorophyll a occurs in blue and red regions having higher rate of photosynthesis. So, chlorophyll a is the chief pigment.

• Other thylakoid pigments like chlorophyll b, xanthophyll and carotenoids are called accessary pigments that absorb light and transfer energy to chlorophyll a and protect them from photo-oxidation.

• The pigments are organized into two discrete LHC( light harvesting complex) within photosystem I and photosystem II.

• LHC are made up of hundreds of pigments molecules containing all pigments except single chlorophyll a molecules in each PS.

The Electron Transport System
• Reaction centre of photosystem II absorbs light of 680 nm in red region and causing electron to become excited. These electrons are picked by an electron acceptor which passes to electron transport system consisting of cytochromes.

• Electrons are passed down the electron transport chain and then to the pigment of PSI.
• Electron in the PSI also get excited due to light of wavelength 700nm and are transferred to another accepter molecule having a greater redox potential.
• When electron passes in downhill direction, energy is released. This is used to reduce the ADP to ATP and NADP+ to NADPH. The whole scheme of transfer of electron is called Z-scheme due to its shape.
• Photolysis of water release electrons that provide electron to PS II. Oxygen is also released during this process.
2H2O → 4H+ + O2 + 4e–

• Difference between cyclic and non-cyclic photophosphorylation

1. Splitting of water molecules occurs inside the thylakoid to produce hydrogen ion or proton.
2. As electron passes through the photosystems, protons are transported across the membrane because primary acceptor of electron is located towards the outer side the membrane.
3. The NADP reductase enzyme is located in the stroma side of membrane. Electrons come out from the acceptor of electron of PSI, protons are necessary for reduction of NADP+ to NADP + H+. These protons are also removed from the stroma. This creates proton gradient across the thylakoids membrane along with pH in the lumen.
4. Gradient is broken down due to movement of proton across the membrane to the stroma through trans-membrane channel of F0 of ATPase. One part of this enzyme is embedded in membrane to form trans-membrane channel. The other portion is called F1that protrudes on the outer surface of thylakoid membrane which makes the energy packed ATP.
5. ATP and NADPH produced due to movement of electron is used immediately to fix CO2 to form sugar.
• The product of light reaction used to drive the process leading to synthesis of sugar are called biosynthetic phase of photosynthesis.

Calvin cycle can be described under three stages: carboxylation, reduction and regeneration.

• Carboxylation is the fixation of CO2 into 3-phosphoglyceric acid (3-PGA). Carboxylation of RuBP occurs in presence of enzyme RuBP carboxylase (RuBisCO) which results in the formation of two molecules of 3-PGA.

• Regeneration is the generation of RuBP molecules for the continuation of cycle. This process require one molecules of ATP.

C4 pathway/Hatch Slack Pathway
• This pathway was worked out by Hatch and Slack (1965, 1967), mainly operational in plants growing in dry tropical region like Maize, Sugarcane, Sorghum etc.
• In this pathway first stable product is a 4-carbon compound Oxaloacetic acid (AAO) so called as C4 pathway. C4 plants have Kranz Anatomy (vascular bundles are surrounded by bundle sheath cells arranged in wreath like manner), characterized by large no of chloroplast, thick wall impervious to gases and absence of intercellular spaces.
• The primary CO2 acceptor is a 3-carbon molecule Phosphoenol Pyruvate present in mesophyll cells and enzyme involved is PEP carboxylase.
• OAA formed in mesophyll cell forms 4-carbon compound like malic acid or aspartic acid which is transported to bundle sheath cells.
• In bundle sheath cell, it is broken into CO2 and a 3-carbon molecule. The 3-carbon molecule is returned back to mesophyll cells to form PEP.
• The CO2 molecules released in bundle sheath cells enters the Calvin cycle, where enzyme RuBisCO is present that forms sugar.

Photorespiration
• It is a the light dependent process of oxygenation of RuBP and release of carbon dioxide by photosynthetic organs of plants.
• Photorespiration decreases the rate of photosynthesis when oxygen concentration is increased from 2-3% to 21%.
• Presence of light and higher concentration of Oxygen results in the binding of RuBisCO enzyme with O2 to form.

This pathway involves Chloroplast, Peroxisome and Mitochondria. Photorespiration do not occurs in C4 plants.

Blackman’s Law of Limiting Factors states:
If a chemical process is affected by more than one factor, then its rate will be determined by the factor which is nearest to its minimal value: it is the factor which directly affects the process if its quantity is changed. 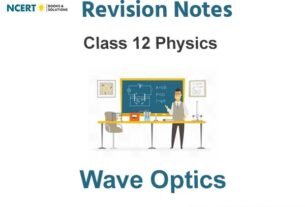 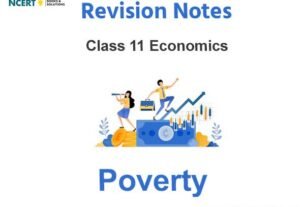