Please refer to Excretory Products and Their Elimination Class 11 Biology Notes and important questions below. The Class 11 Biology Chapter wise notes have been prepared based on the latest syllabus issued for the current academic year by CBSE. Students should revise these notes and go through important Class 11 Biology examination questions given below to obtain better marks in exams

Excretory Products and Their Elimination Class 11 Biology Notes and Questions

The below Class 11 Excretory Products and Their Elimination notes have been designed by expert Biology teachers. These will help you a lot to understand all the important topics given in your NCERT Class 11 Biology textbook. Refer to Chapter 19 Excretory Products and Their Elimination Notes below which have been designed as per the latest syllabus issued by CBSE and will be very useful for upcoming examinations to help clear your concepts and get better marks in examinations.

• Elimination of metabolic waste products from the animal body to regulate the composition of body fluids and tissues is called excretion. These waste products include ammonia, uric acid, urea, carbon dioxide and ions like NA+, K+, Cl– and phosphates and sulphate.
• Ammonia is the most toxic and uric acid is the least toxic. The process of removing ammonia is called ammonotelism and organisms that excrete ammonia are called ammonotelic (bony fishes, aquatic amphibians and insects).
• The organism that release urea as nitrogenous wastes are called ureotelic (mammals, terrestrial amphibians). The organism that excretes uric acids is called uricotelic (reptiles, birds and land snails).

Human Excretory System
Human excretory system consists of:
1. A pair of kidneys
2. A pair of ureters
3. A urinary bladder
4. A urethra

• Kidneys are reddish brown bean shaped structure situated between last thoracic and lumber vertebra. Each kidney has a notch on its inner side called hilum through which ureter, blood vessels and nerves enter.

• Inside the hilum has broad funnel shaped space called renal pelvis with projection called calyces.
• Inside the kidney are two zone- outer cortex and inner medulla. Medulla is divided into medullary pyramids projecting into calyx.
• Cortex extends between medullary pyramids as renal column called Columns of Bertini.
• The functional unit of kidney is nephron. Each kidney contains about one million nephrons.
• Each nephron has two parts – the glomerulus and renal tubules. Glomerulus is the tuft of capillaries formed by afferent arteriole. Blood from glomerulus is carried away by efferent arteriole.
• Renal tubules starts with Bowman’s capsule continue with tubular parts divided into Proximal Convoluted tubules, Henle’s loop and Distal Convoluted tubule.

• The malpighian tubules, PCT and DCT of nephron are situated in cortical region where as loops of Henle’s into medulla.

• Glomerular capillaries blood pressure cause filtration of blood through 3 layers (endothelium of glomerular blood vessels, epithelium of Bowman’s capsule and basement layer between two membranes as ultra-filtration.
• The amount of filtrate formed by kidneys per minute is called glomerular filtration rate (GFR) which is 125 ml/minute.
• Glomerular Filtration rate is controlled by Juxta glomerular apparatus (JGA).
• 99% of filtrate has to be reabsorbed by renal tubules called reabsorption.

• The transport of substance facilitated by special arrangement of Henle’s loop and vasa recta is called counter current mechanism.

Regulation of kidney function-
• Functioning of kidney is monitored by hormonal feedback mechanism of hypothalamus and JGA. Change in blood volume, body fluid and ion concentration activates the osmoreceptors in the body that stimulate the hypothalamus to release ADH or vasopressin hormones. The ADH facilitates water absorption in tubules.

Micturition – The process of expulsion of urine from the urinary bladder is called micturition. The neural mechanism that causes it is called micturition reflex. Urine formed in nephron is stored in urinary bladder till a voluntary signal is given by CNS. This initiates the contraction of smooth muscles of the bladder and simultaneous relaxation of the urethral sphincter causing the release of urine.

Disorders of Excretory System
• Uremia – there is high concentration of non-protein nitrogen (urea, uric acid, creatinine). Urea can be removed by hemodialysis.
• Renal failure – also known as kidney failure where glomerular filtration is ceased and both kidney stops working. Kidney transplant is the ultimate method in correction of acute kidney failure.
• Renal Calculi – formation of stone or insoluble mass of crystallized salts formed within the kidney.
• Glomerulonephritis (Bright’s Disease) – inflammation of glomeruli of kidney due to entry of protein or red blood corpuscles in to filtrate due to injury. 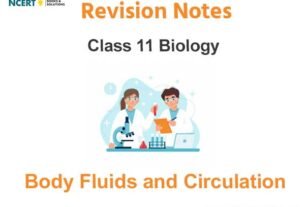 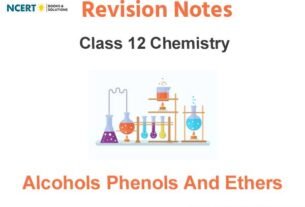 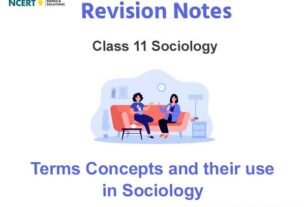 Terms Concepts and their use in Sociology Class 11 Sociology Notes